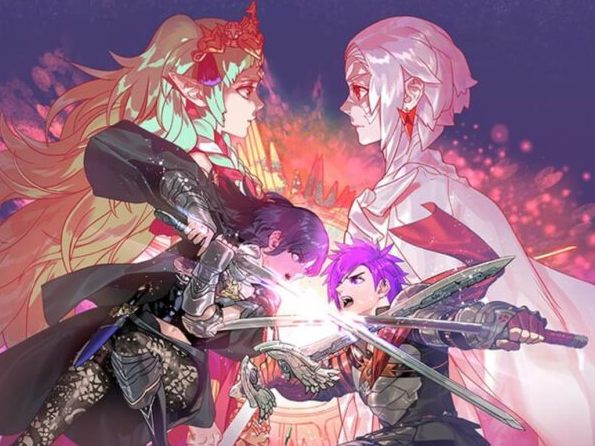 An interplay of flashy brawling and story-heavy knight role-playing games.

(Switch) The title is not necessarily memorable, but it gives an idea of ​​where the playful journey is going. “Fire Emblem” hints at a medieval manga fantasy setting. Warriors tells us we’re in for a fast-paced Hyrule Warriors-style pack hack’n’slash. “Three Hopes” suggests that it is a sequel to the strategy role-playing game “Fire Emblem: Three Houses” (2018) for the Switch.

All in all, the result is an idiosyncratic, but thoroughly successful crossover mix. At least for a very specific target group.

Even the beginning of the story in the new adventure on the fictional continent of Fódlan is quite unconventional: the character from the predecessor “Three Houses” quickly becomes the villain in an alternative timeline. As a mercenary with a freely changeable fighter class, we take care of the problem and experience a good 50 hours of gameplay with plenty of twists and turns. How this story unfolds depends heavily on which of the three houses of the realm we join and how we get along with the many characters in the role-playing game. Certain previous knowledge of “Fire Emblem” is not absolutely necessary, but highly recommended to maximize the fun.

Conclusion: “Fire Emblem Warriors: Three Hopes” is an absolute matter of taste. In order to have fun here in the long term, you should meet two conditions: firstly, you have already enjoyed other similar hack’n’slays and, secondly, you feel at least a little at home in the “Fire Emblem” universe. But then the action inspires and captivates the role-playing story. That’s why the following applies here more than ever before you buy: Try the free demo in the Nintendo eShop!