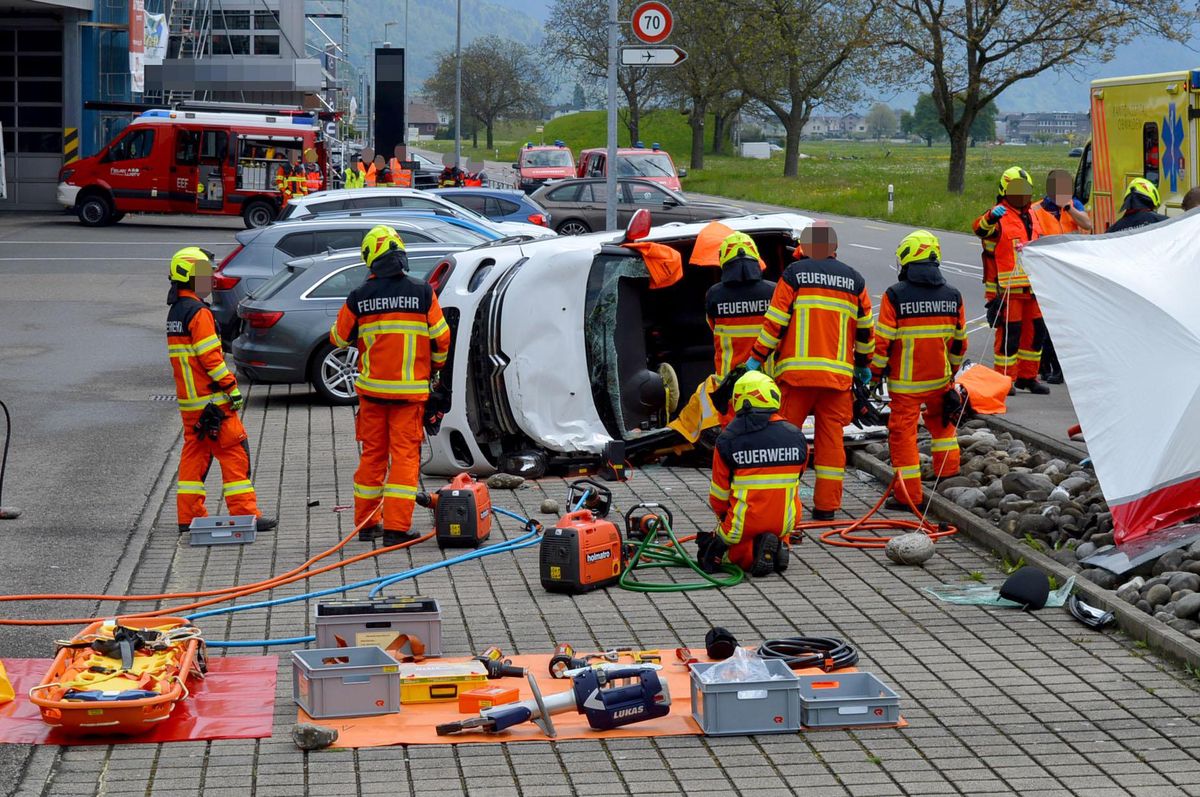 A side collision led to a spectacular accident in the canton of Nidwalden on Saturday. One person was injured.

A driver (87) overlooked another passenger car when turning in Ennetbürgen on Saturday morning and collided with it sideways. As a result, this vehicle skidded, left the road on the right-hand side, crashed into two parked vehicles, rolled over several times and finally came to a standstill on its side.

The 54-year-old driver had to be removed from the vehicle by the road rescue service and taken to a hospital outside the canton by the rescue service with unspecified injuries. The driver of the other car was not injured. The property damage is considerable, two vehicles were totaled and two other vehicles suffered damage amounting to several thousand francs.

Traffic was diverted on a small scale, as Kapo writes in a media release. The exact cause of the accident is the subject of a police investigation. In addition to the Nidwalden cantonal police, the Buochs-Ennetbürgen fire brigade, the Stans base fire brigade and an ambulance service from Uri and Obwalden were also deployed.