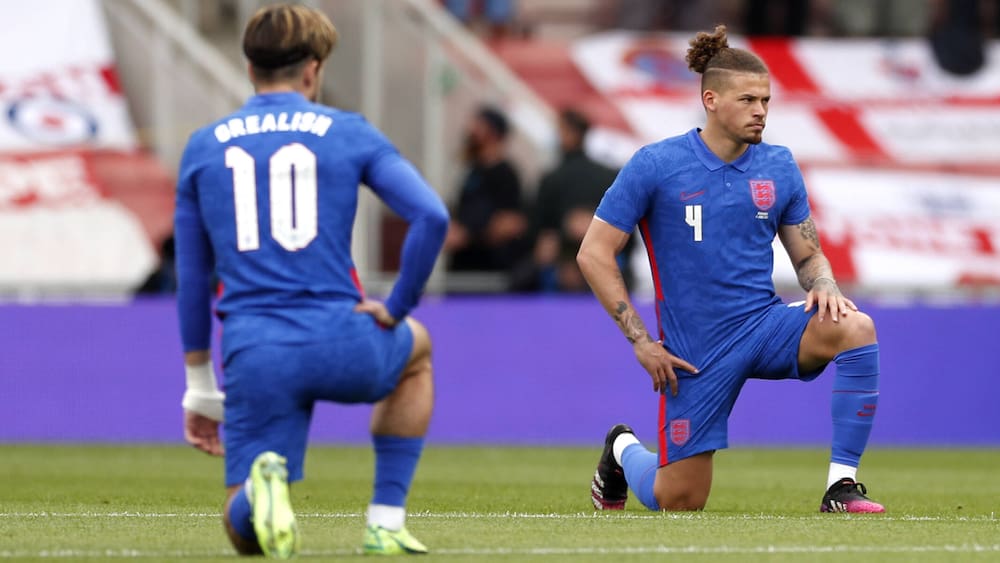 It’s no surprise England internationals get on their knees before kick-off. The symbol of the anti-racism movement has been practiced throughout the Premier League season, most recently at the Champions League final between ManCity and Chelsea.

But it is a surprise that the kneeling is acknowledged by some of their own fans with boos! Before the friendly against Romania in Middlesborough, however, the disruptions were drowned out by applause from the majority of the 6,000 fans.

Southgate has no understanding

Something similar happened in the game against Austria. National coach Gareth Southgate is very disappointed: “To boot your own team is a strange move in my opinion. If you don’t agree with the action, maybe you just couldn’t do anything. “

Instead, the team was attacked by its own fans even before the first ball was played. But Southgate makes it clear that the “Three Lions” will also protest against racism at the European Championships by kneeling down: “We are more determined than ever.”

On behalf of the team, Marcus Rashford says: “We cannot control how the fans react. But in any case we think it’s the right thing to do and that’s why we will continue with it! ” (md)

See also  Between retirement and the "hope determination"... What is Eriksen's fate?