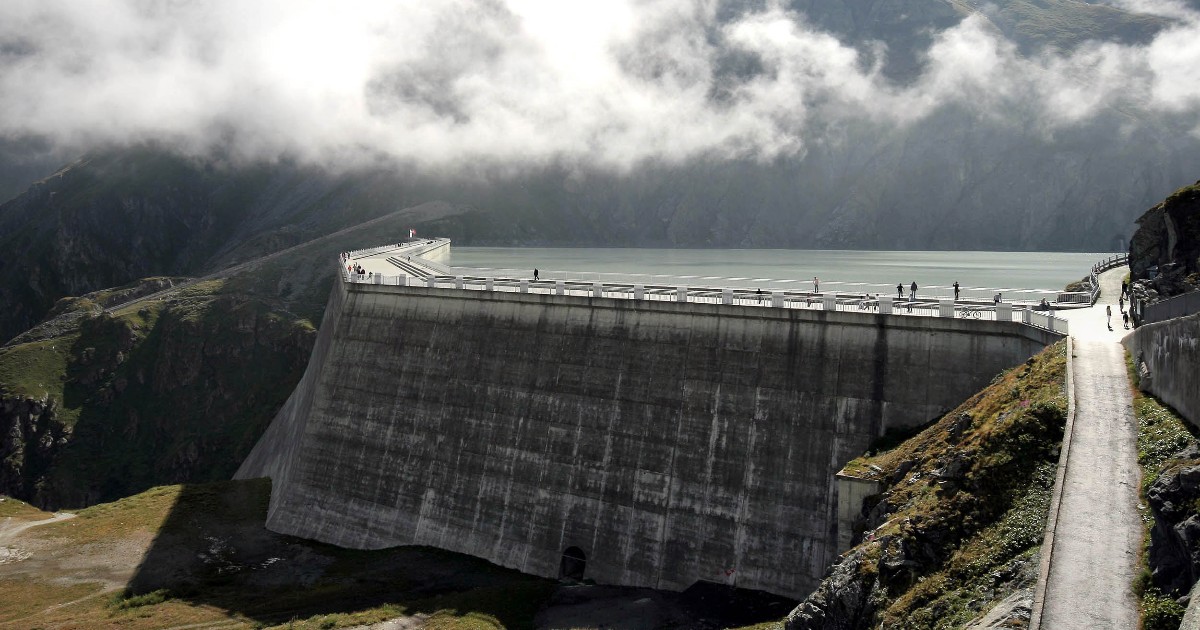 Energy, what is the potential of hydroelectricity? “Old plants, but the installed power has no margins”. The idea: mix with other renewables

L’hydroelectric represents 40.7% of electricity generation from renewables in Italy (solar is 21.3%, wind power 16%): from the power stations downstream of the dams or along the rivers that exploit the movement of water, about 17.6% of total energy production (approximately 49 out of 280 TWh, Terna 2020 data). It’s possible exploit even more this resource? “There is potential, but we need to understand in which direction to invest given that in the areas suitable for large plants it has already been built and the mini-hydro plants built in the last twenty years have not contributed much to the production of energy from this source “he explains to ilfattoquotidiano.it Maurizio Righetti, Professor of Hydroelectric Construction at the University of Bolzano. Then there is a sword of Damocles: the vast majority of this energy is produced in the Alps with large and dated installations. 67% of the country’s hydroelectric park has been in operation since the 1960s. And, as underlined in a recent study by The European House – Ambrosetti (commissioned by A2A, Edison and Enel) 86% of the concessions of large hydroelectric derivations has already expired or it will expire by 2029. A cost-benefit analysis, therefore, is necessary both with respect to the impacts on the environment and in light of the trend in energy prices, the geopolitical context and the effects of climate change. Due to one of the driest winters ever, in fact, hydroelectric generation has suffered a collapse of 44.2% in the first quarter of 2022, compared to the same period of 2021. “We need studies that tell us how to exploit hydroelectricity in a different way and enhance what we already have ”adds Righetti, according to whom the keywords are ‘accumulation’ and ‘synergy with other renewables’.

“Humanitarian aid resold on the black market”. The latest pitfall for Ukraine: the fake volunteers (complete with a fake website) who profit from the war

Hydroelectric, where are we? – Put simply, hydroelectric energy is obtained from rivers and lakes, with penstocks that exploit the movement of falling water. Thanks to systems equipped with a turbine (through which the water flows) and alternator, the kinetic energy is transformed into electricity. According to The European House – Ambrosetti elaboration on Eurostat data with 22.4 GW, Italy is the third European country for installed capacity, after Norway and France. The 73,4% of capacity is concentrated to the North: 13.4 GW (58% of the total) between Lombardy (6.1 GW), Piedmont (3.8 GW) and Trentino-Alto Adige (3.4 GW). In the Center of Italy there is just 6.7% of the total capacity (1.5 GW), between South and Islands 19.9% ​​(4.5 GW). But if the trends envisaged by the Integrated National Plan for Energy and Climate show sustained growth for renewables, in particular between 2025 and 2030 (+ 12.2%), for hydroelectric the installed power should increase by just 1.8% compared to 2017, being an already mature sector.

Large plants and mini-hydro – It’s really like this? “In Italy, in the sites most suitable for large plants, very productive structures are already in operation and – explains Righetti – I do not think there are many margins for making new plants of that type”. It would also be complicated. “After the Second World War the mountains were almost uninhabited. If you expropriated someone – he says – it was a tragedy for that community, but no one shouted scandal. Let’s try to imagine what would happen today if we thought of flooding a valley and building a dam 50 meters high ”. The other way is that of small plants. “Until 2000, shortly before the incentives for renewables provided for in the Bersani Decree – adds the teacher – we had about a thousand plants in the Alps. Twenty years later we have reached over 4 thousand”. Thousands of run-of-the-river mini-hydro plants have been built “which, however – continues the expert – have contributed approximately 5% to the current national production of hydroelectric energy”. ‘Flowing water’ means that, contrary to what happens in reservoir systems, the natural flow of a water course is exploited. There is no accumulation: it occurs when there is water and if the river is dry it does not occur.

Really productive plants – Today the plants are about 4 thousand and 600: more than 200 are those in the basin for a gross efficient power of about 5 thousand megawatts, about 190 are in the tank and have a total power of over 12 thousand MW (more than 7 thousand due to just over twenty pumping plants) and all the others (more than 4 thousand plants, over 90% of the total) are run-of-river, but have a total power of 6 thousand megawatts. In practice, fewer than the 23 pumped plants. In fact, 15% of the installed power in Italy has been built in the last two decades. “Even if the mini-hydro has brought benefits locally, with self-production on site and the possibility of earning for those who have done business with it – explains the expert – these small plants do not generate important advantages from a strategic point of view. “. Medium-large installations (over 30 MW) in Italy still represent 71% in terms of power. For this reason, for Righetti it is important to evaluate “if the game is worth the candle” before multiplying small-scale plants in an unsustainable way: “As a hydraulic manufacturer I am in favor of hydroelectric, but I recognize some environmental impacts. Making these mini-hydro means however interrupts the river continuity”. 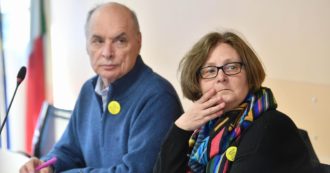 Giulio Regeni, the appeal of the parents: “Our politicians continue to be made fun of. Who has information, give it “

Environmental impacts – Hydroelectricity is considered a clean source of energy: according to the Joint Research Center of the EU Commission, the ‘lifecycle assessment’ of the greenhouse gases produced by this source is the lowest (together with wind) of all available energy technologies, with 26 tons of CO2 equivalent for each GWh of energy generated. This depends on the technologies used and the regulatory protections of the individual countries but, in any case, it does not mean that there are no impacts on the environment. So much so that there is talk of real benefits for mountain populations, since over-exploitation or the diversion of watercourses is in itself one threat to ecosystems. The ‘Fish Protest’ carried out in Italy at the beginning of 2020 by a group of eighteen associations “to safeguard the ecosystems of rivers and streams from a new wave of mini and micro-hydroelectric projects” is emblematic. Almost 500 new plants that had just been given the green light and incentives thanks to the Renewable Energy Decree 1 and which would have produced an average of 500 kilowatts, like a small plant of 150 solar panels.

The efficiency of the existing park – One way to go is certainly the renewal of the existing park. Also because the impact on the environment is often determined precisely by outdated and inadequate facilities compared to new technologies. “Some experts – explains Righetti – calculate that one can arrive at a increase ranging from 10 to 30% of the efficiency of the plant machines “. According to the analysis of The European House – Ambrosetti, a revision of the duration of hydroelectric concessions, which is much discussed in recent weeks “would allow operators to invest 9 billion euros more in Italy than today” generating “another 26.5 billions of euros on the territory through indirect and induced effects “. Because if the EU is first for private investments with one billion euros, the authors of the study underline how Italy has adopted “a disincentive regulatory framework, which does not guarantee operators certainty “. With the shorter duration of the concessions, 20-40 years which can be extended by the Regions for another 10 years (compared to the 75 years of France, Portugal and Spain and the unlimited duration of Finland and Sweden) and greater openness to competition ”. Also for this energy source, then, the skills problem, some of which are of exclusive state competence, others competing between the state and the regions.

Rethinking hydroelectricity – For Righetti, however, the concessions issue does not solve the problem, while the real turning point should pass from a rethinking of hydroelectricity: “It must be coupled with other renewable energies not programmable, going to compensate for those overproduction peaks that cannot be placed on the network “. The ‘tank’ systems, unlike run-of-the-river systems, “allow for the accumulation of water, usually on an annual scale”. In April, the controversy broke out between Veneto and the autonomous provinces of Trento and Bolzano, to which the Region led by Luca Zaia asked to make water from the basins available to irrigate the fields. “We can discuss how to use that water – comments Righetti – but, if there had been no tanks, there would have been nothing to discuss”. Among the tank systems, also pumping ones (today little used) which, in this perspective, can offer the greatest contribution. It is possible to establish when and how much energy to produce as a function of demand and price thanks to a kind of pendulum between two reservoirs, one upstream and one downstream. During the daytime hours, when there is greater demand for energy and the price is higher, the water is made to flow downstream, through the turbines, producing energy. These systems accumulate the excess and, at night, the water is pumped to the upstream basin. “Once upon a time it was done like this and many still do it – explains Righetti – but today it is possible couple these implants to other non-programmable renewables “. When there is an excess of solar or wind energy, the water is pumped back into the reservoir upstream, which becomes a natural reservoir of electricity. “Many do it, there are various applications in Switzerland, Norway, Sweden, Spain, Portugal – he says – each one exploits its resources and we could exploit solar power”. 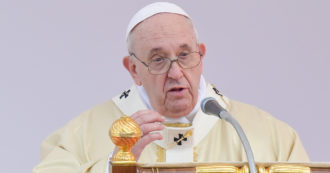 The Pope prepares the trip to the Democratic Republic of Congo: he will celebrate mass near the place where Attanasio was killed

The effects of climate change – But rethinking hydroelectricity means taking into account how climate change changes the availability of resources. “If we have no more snow in the mountains, the water will not be stored there for months, but it will come directly. We need to think about it now ”continues Righetti, who points out that the change is already underway. “We had a very dry winter. In these reservoirs – he explains – there is much less water than in previous years “. The dry rivers, starting from the Po and its tributaries, have led to filling levels of the reservoirs close to minimum values ​​of the last 50 years. Hence the need to make predictions on how much they will fill up in the next few decades: “Tanks are essential in order not to run into another water war”.