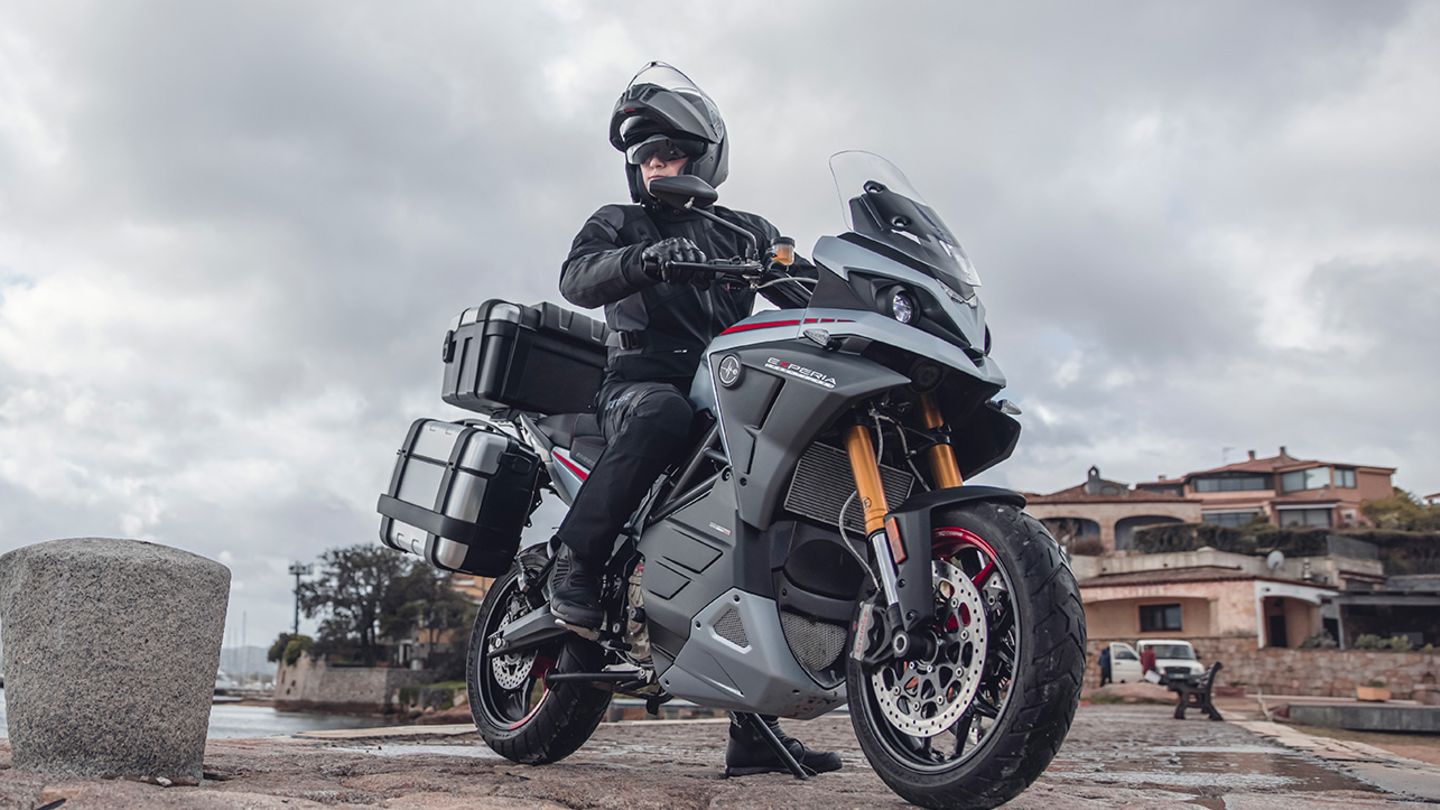 Energica Experia: Electric travel enduro with a range of 400 kilometers

While the electric car is already on the wish list of many drivers, electric motorcycles are actually still in their infancy. There are several reasons for this, but the most important is probably the range that can be achieved with such two-wheelers so far. As impressive as the torque and performance may be, the lengths of the routes that such a bike can cover without a charging station are sobering – it is not uncommon for 200 kilometers to be the end.

With the Experia, the Italian manufacturer Energica wants to change that. It is officially said that the Enduro can cover up to 420 kilometers in city traffic. Overland remains just over 200, combined around 250 kilometers. Assuming there are enough pillars, that would be just enough distance to take breaks afterwards and briefly recharge the energy stores of everyone involved.

Because the Energica Experia is a real hit at the charging station: Thanks to the CCS plug, the machine fills up around 80 percent of the battery within around 40 minutes. Of course, this only applies to fast charging stations – the bike only draws three kilowatts from the conventional socket, which would mean that the journey would be over for a long time. Energica specifies the capacity of the battery as 22.5 kilowatt hours.

For the rest of the equipment, the manufacturer uses high-quality and contemporary components. Brake pistons and discs come from Brembo, the suspension from ZF Sachs. The motorcycle has 120/70 tires at the front and Energica uses 180/55 tires at the rear. As with most motorcycles, the ABS comes from Bosch and the chain from Regina.

The motor offers a total of seven driving profiles, three of which can be individually adjusted. There are suitable modes for rain, sporty driving, urban traffic and maximum efficiency ex works. For parking, there’s an electric pushing aid forwards and backwards. Energica specifies the maximum torque as 115 Newton meters, and the top speed of the 80 hp machine is limited to 180 kilometers per hour.

Although there is already an opportunity to pre-order the bike, Energica has not yet commented on the price. Only in June, when the official ordering phase begins, will the costs of the Experia be communicated. The machine should then be delivered to the customer from autumn – unfortunately quite punctually at the end of the season, with enduro riders usually being the last to winter.