Enerby, the Mendoza company that manufactures electric bicycles for Toyota and exports to Latin America

After more than a year of research and work, got their first working prototype, “which amazed not only us, but also everyone who saw it. It gave us more desire and strength to move forward. We develop a series of exclusive and unique designs, always combined with sustainable mobility for the care of the environment. We aim to generate a 360° experience for the user: design, speed, comfort and safety,” he says.

Toyota Argentina presented the T-Bikes, its new range of electric bikes, the first milestone of the brand’s entry into the micromobility segment created in partnership with Enerby.

The group of young people from Mendoza in charge of this innovative business includes, in addition to Negretti, Renzo Manzano, Fernando Espina and Daniel Morici.

► YOU MAY BE INTERESTED: It was a pioneer in the law, but after a year and a half, Mendoza still has not reactivated the production of marijuana

They currently manufacture five models of E-Bike with a production capacity of 500 units per month. “We got several awards. Among them, the Chamber of Deputies of the province of Mendoza gave us a distinction in 2019 as the best triple impact project 2019 and in 2021 we were named among the 3 best triple impact companies in the country,” he adds.

“It gave us a lot of security to start trying to go out into foreign markets. Today, electric transport is flourishing and after years of work we are at our best moment”, he reflects. Little by little, they showed their products until a foreign customer saw their models and the long-awaited first export to Panama was completed.

For Negretti, this agreement with the Japanese brand will allow the Mendoza company to export its products to more international markets. “We can achieve an Argentinian product by substituting imports, since its lithium batteries are produced domestically by a company in the province of Buenos Aires,” he says, adding that “the development of the T-Bike model is a big challenge wash.” 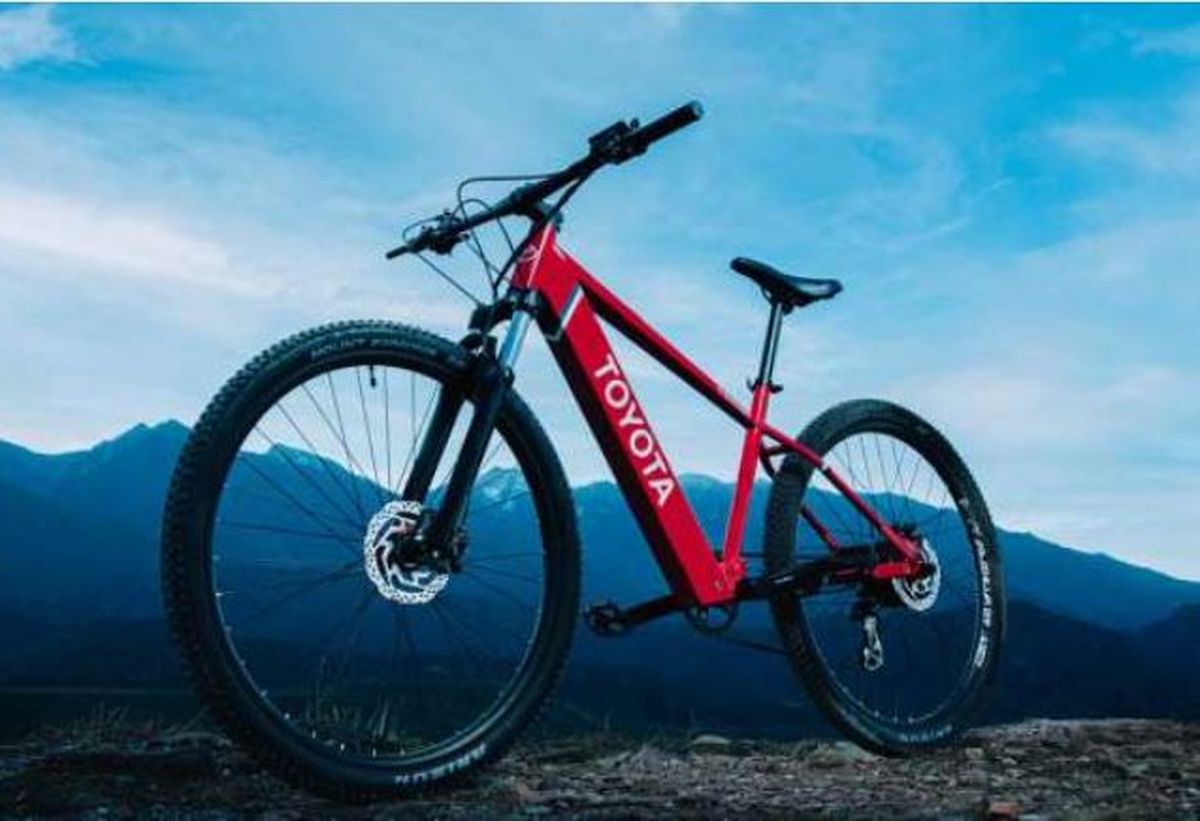 The T-Bike is an e-mountain bike designed for both city commuting and outdoor exercise.

The people of the company received training in the Toyota facilities for the manufacturing process, which included welding courses with the requirements used to manufacture the chassis of the famous “Hilux” truck, and which led them to various levels increased in all its production. processes.

“The end result is a product that is exported to other Latin American countries. Today, our electric bikes are used by logistics companies, security, hotels, municipalities, by the police and neighbors, leaving aside the car or public transport,” concludes Negretti.

The company has received several awards over the years, among which the first place achieved in the 2020 FUNC Awards for Innovation stands out for being a company 100% dedicated to new technologies with a new approach and clear focus on care environment.

“Enerby started in a first phase as an electric bicycle rental company for tourism: hotels, wineries and private tourists. Initially, the production was carried out in an artisanal way, but with a deep quality control. With the arrival of the pandemic and closed tourism , we started to get a large number of orders for direct sales: customers who did not want to travel by bus or in their private cars, others who were looking for leisure, and even for many who delivered the electric bike was a good solution ,” Negretti said.

The young man emphasized that they saw in the pandemic a growth opportunity for the company that is now located in the Godoy Cruz IT pole. “We started to make a production that was not so artisanal, but more serial. It required a much higher level of organization and investment. We started to look for and contact different investors who could join,” he said. said.

YOU MAY BE INTERESTED: An artist from Mendoza who tattoos women who have suffered from breast cancer to get rid of their scars

Negretti reported that they have a serial production line in the province of Córdoba, which allows them to make 500 units per month. With this current production, Enerby is positioned for transcendence at the national level, to meet the demand of Buenos Aires and the major provinces.

“Currently we have 4 different models, which are 100% designed by us and they call us from all over the country requesting these units. It is important to note that we are adding commercial representatives in different provinces, both for sales and after- sales,” he said.

Van Enerby assured them that they currently have four models of bicycles. Two urban bikes “designed” for day to day, to go to work or study. and which has a rain screen, luggage rack and front suspension. A second model called Enerby Fixie and finally a mountain bike called Magnet, which has several versions, among which an exclusive model made for the Ansilta brand stands out and is already marketed throughout the country.

“All our models have 3 operating modes; the first is a pedal assistance system that works at different levels. The second is without assistance, as if it were a normal bicycle; and the third mode is 100% electric, which allows mobility without pedaling This flexibility of use is only possible with an electric bike,” he said.

Currently, Enerby has a “360” design area, a design department, its own technology lab, electronics development and a prototype area for both bikes and charging stations.