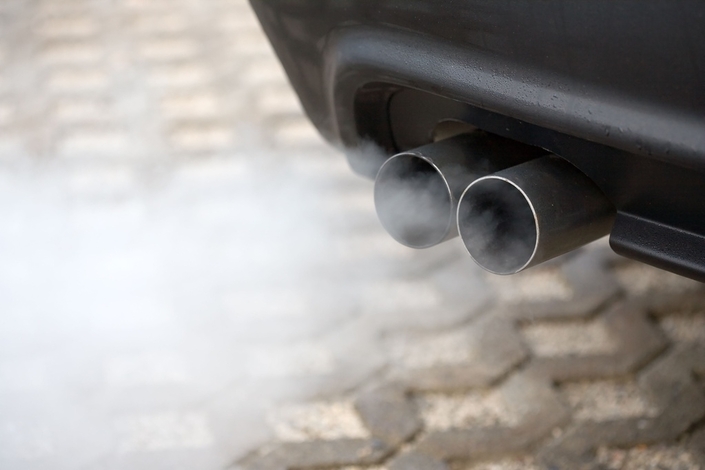 Europe wants to reduce its net greenhouse gas emissions by at least 55% by 2030, compared to 1990 levels. To achieve this, the Commission presented its “Green Pact” on July 14, a full set of measures. One of them condemns the combustion engine car from 2035!

According to the project, which will be debated by member states in the coming months, on that date, only zero-emission cars would be authorized for sale. A radical choice, which poses many economic, industrial and social questions. Caradisiac takes stock.

Will we still be able to drive a thermal car?

Fortunately, yes! The objective is to ban the sale of new combustion-engine cars in 2035. This is therefore not to prohibit their circulation. Gasoline and diesel vehicles will therefore not be scrapped. However, Europe, which assumes that a model has an average life cycle of 15 years, evokes a completely carbon-free transport in 2050!

The owners of a thermal model will especially be hampered by the proliferation of low-emission zones, with restrictions that will quickly be binding. In France, all diesel will be banned in Paris in 2024, in Lyon in 2026, in Strasbourg in 2028 …

On the second-hand market, will thermals significantly discount?

It’s a risk. Each change in the market and therefore customer research influences the value of used vehicles. This is already the case with diesel models, which will be less and less sought after during this decade because of EPZs. The switch to all-electric can then seal the gasoline… But for unleaded fuel models, it’s not yet time to panic. 2035 is in 14 years! In addition, as we said above, the circulation of thermal models will not be prohibited until at least 2050!

Does it destroy jobs?

The French automotive industry had already sounded the alarm when it met Emmanuel Macron earlier this week. After the announcement of the European Commission, François Roudier, president of the CCFA, gave an alarming figure to the microphone of France Info: “in the worst case, we have a risk on 150,000 jobs in France: 100,000 in the sector industrial and 50,000 in services, which would disappear completely “. It takes less staff to assemble the electric motors, perform maintenance …

The sector pleaded for a new investment plan to ensure the industry’s transition to electricity, a request to which the State responded favorably. This plan should be presented at the start of the school year. Electricity fortunately represents other job opportunities, in particular with several projects to set up battery factories (for Renault in Douai, for Stellantis in Douvrin), the installation and maintenance of charging stations, creation of a hydrogen distribution network … Not sure, however, that this is enough to balance the scales. The plan must include aid for retraining.

Will the charging network be up to standard?

This is the point that gives rise to the most concern. To date, the network is not at all level. In France alone, the goal of having 100,000 terminals on the public network by the end of 2021 will not be met, since at the last score, carried out at the beginning of July, we were at 43,700. the pace is accelerating, with 5,000 terminals installed in May and June. The law will give the boost. Already in France, all motorway areas will have to have rapid recharging in 2023. And Europe intends to oblige Member States to “install recharging and refueling points at regular intervals on major roads: all 60 kilometers for electric charging and every 150 kilometers for hydrogen refueling “.

The problem will however be the number of access points, which will have to be calibrated to be adapted to demand. We think in particular of the days of great departures! Ultra-fast recharging may develop, filling up with electricity will always take longer than filling up with gasoline, even if a few minutes will suffice to regain 100 to 200 km of range. But perhaps it will be necessary to limit the time spent at the kiosk in order to pass the customers as quickly as possible?

Will the electrical network hold up?

The question comes up every winter, during cold spells! In France, the electricity network operator (RTE) has always been reassuring. A study carried out in 2019 indicated that the network would be able to cope in 2035 with a fleet made up of 40% of electric vehicles. A national fleet made up of 15.6 million connected vehicles would represent consumption of 35 to 40 TWh, or 8% of total French electricity production. The fact remains that European regulations could well accelerate the electrification of the park… not to mention that this electrification will be carried out throughout Europe! The equation is obviously complex, because next to it, other electricity needs should drop, for example with neutral houses in energy needs. The V2G solution, which allows cars to put energy stored in their batteries back into the network, will also be very important to avoid blackouts.

Will the electric car be really affordable?

Too expensive the electric car? Manufacturers promise a rapid drop in prices. Renault and Stellantis thus think they will have electrics at the price of thermals by 2026. And this without purchasing aid, which is doomed to disappear. This will notably involve a fall in the cost of batteries. At Stellantis, the goal is to reduce battery module costs by more than 40% over the period 2020-2024 and by more than 20% more by 2030. There will also be the effects of mass production , with platforms and engines shared by several brands and models.

However, manufacturers generally expect car prices to rise in the years to come, due in particular to the rise in raw materials such as steel. An aspect that could affect the materials needed for the batteries!

Should we fear new taxes?

According to ACEA, in 2019, motorists brought in € 86.4 billion in taxes to the state. Half comes from fuels, or 43 billion euros! 60% of the price of a liter of fuel corresponds to taxes. So with the development of all-electricity, this financial windfall for the State will fall. Certainly, we will have to find it!

At first, we imagine that taxes on fossil fuels will increase, to encourage people to take an electric vehicle as quickly as possible. Europe has also mentioned the carbon tax in its green pact. After that, once electricity is in the majority and unavoidable, the governments in place will certainly find ways to impose them! We imagine a tax to install a terminal, a flat rate for the electricity consumed, a sticker for driving …

Range, autonomy: will manufacturers have what they need in concession?

Let’s not worry, the answer is yes. Even if some may have been surprised by such a short deadline, the manufacturers were well aware that all electric was going to be imposed by Europe. And the standards being already severe, with in particular the CAFE regulation which sets CO2 quotas not to be exceeded, all the brands have already taken the turn of electrification. Several have already planned to offer only 100% electric in Europe from 2030, including Fiat, Ford and Opel. For Audi and Volkswagen, it will be by 2033!

The products are already making great progress in terms of autonomy and recharging. So by then it will be even better. Stellantis is thus preparing compact vehicles with up to 700 km of autonomy. For urbanites, in order to have prices that remain acceptable, the range will be 400 to 500 km. What to worry about going on vacation? Fast charging is growing. Stellantis is aiming for 32 km per minute!

Have we really become aware of the announcement? If the project is implemented, in 14 years, the dealerships will only offer electric models! It is a revolution. But by then, the electric car will have erased its major flaws, namely high prices and problematic autonomy. And it will have become a habit for many motorists (it already reached 7% of sales in France in 2021). On the other hand, it will be necessary to quickly adapt the charging network. And no worries for those who have just bought a gasoline or diesel model, thermal models already on the road are not about to be banned!