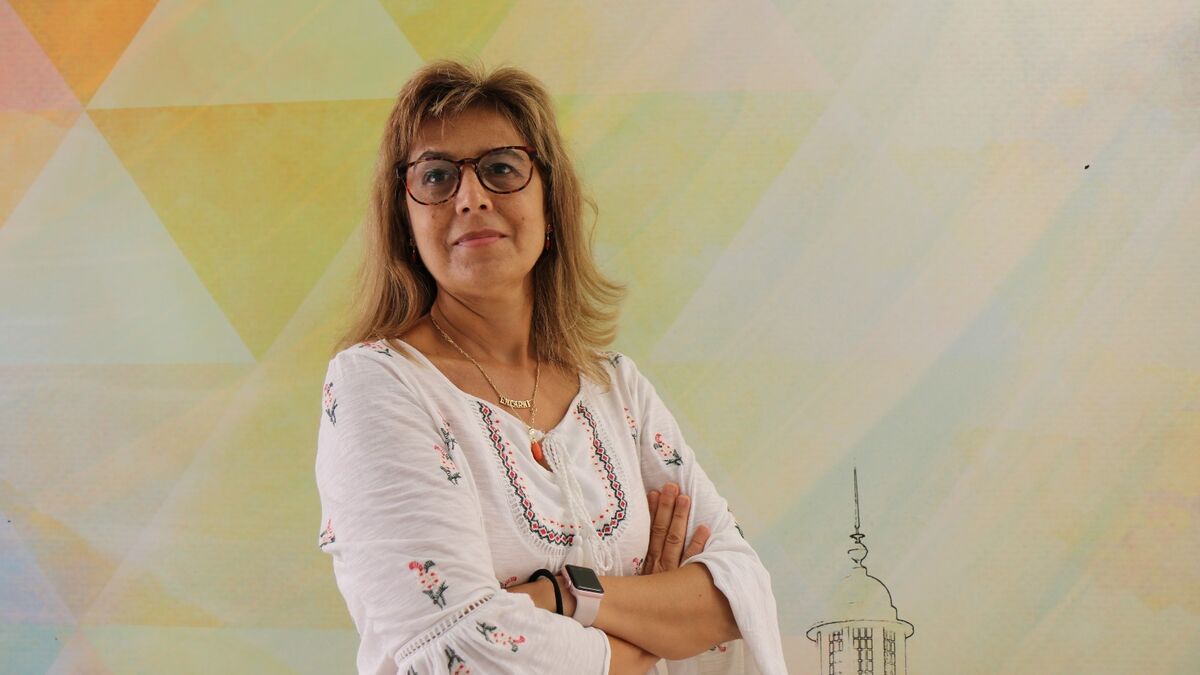 Encarnacion Gutierrez. President of the Andalusian Society of Cardiovascular Surgery “It has cost, but today there are no differences between men and women in Medicine”

The doctor Encarnacion Gutierrez She is the first woman to occupy the presidency of the SACCV since its creation on December 18, 1993 in the city of Antequera. Graduated in Medicine and Surgery from the University of Seville in 1990, she specialized in Cardiovascular Surgery via MIR at the Virgen del Rocío Hospital, where she has been working for 30 years, always as a “disciple”, as she feels, of the prestigious cardiologist Antonio Ordonezwith whom he spent many hours learning and, later, in the operating room, and whom Encarnación considers “the axis” of all modern heart surgery that Andalusian public health has today.

– What does it mean to be the first woman to hold the presidency of the Andalusian Society of Cardiovascular Surgery (SACCV)?

– A lot of pride and a lot of responsibility. Since its inception, cardiovascular surgery has always been a men’s specialty. In fact, the first cardiac surgeons in Spain and the world were almost gods. That touching and stopping the heart was something that only a privileged few could do. With this scenario, having managed to enter, do my job well, earn respect and reach the presidency of this Society is a unique feeling. But it has an added pressure, and that is that, feeling myself in a man’s field, my obligation is to do it, at least, as well as they already did. If they have made innovations, I want to make innovations, I want to incorporate protocols to achieve greater unification in Andalusia, in addition to promoting multidisciplinary work by creating multidisciplinary teams in the different Andalusian provinces.

– Do you think that there is today real equality between men and women in this specialty?

– She is not only the first woman president of the SACCV, but also one of the first female surgeons in a reference hospital, even internationally in certain services, such as the Virgen del Rocío. How have things changed for women surgeons since its inception?

– I started in the hospital in 1992, imagine how much things have changed, especially because of the effort and commitment that we women have put into it. We have shown that we work just like our male colleagues, that we do as many shifts as they do and that we are capable of doing everything exactly the same. I believe that everything depends on the training and skills that each one has, because, undoubtedly, our surgical work involves important mental work, but it also involves skill work. And we have shown that we are capable.

– Indeed, and I was always clear that I wanted to be a heart surgeon and that I wanted to stay in Seville. Del Virgen del Rocío caught me by the fact that at that time she was starting with a heart transplant. And since then I have to say that my life here has been amazing. Being a first-hand participant in the beginning of a program such as heart transplantation and having been able to contribute to its development is very exciting.

– Has your pulse trembled with any of them?

– At the beginning the emotion is so great… You see that you do something that you like and the adrenaline that you have is so great that your pulse doesn’t even tremble. It is a situation of continuous and permanent emotion, and that there is no one who takes away the 12 hours of the operating room between the beginning of the process and the end with the transplanted patient. But there are 12 hours in which the adrenaline is in your body. It is emotion. Imagine having a heart in your hand, seeing how it beats… The truth is that I have really enjoyed and continue to enjoy my work a lot.

See also  "For a few minutes he died, I do not know if he will play again": the dramatic prognosis of the former doctor of Danish footballer Christian Eriksen

– What is more harmful to health, junk food or the current rhythms of life that take us to the limit?

– That is perfectly studied. There are a series of environmental components, the consumption of tobacco, alcohol, junk food, a sedentary lifestyle or obesity that are habits related to what we call risk factors for cardiovascular diseases. But there is also more and more knowledge of what are the genetic factors, that is, that it’s his turn, his turn. This part is the least known and on which research works revolve.

– Do we not know or do not want to take care of ourselves?

– I think it would be very interesting to educate society. Start at school and continue with social information programs so that the population is informed of the issues that can occur and how they can be prevented. Later, once the disease develops, well, undoubtedly you can’t play the doctor like that but you have to go to professionals who are specialists in the problem so that they are the ones who redirect the situation that each one has because we doctors always say that in medicine two plus two is not four. I believe in the art of medicine. Not all patients debut in the same way and it is not necessary to act with all the same.

– Earlier this year a pig heart was successfully transplanted into a human. Do you think they can replace those of people?

– Today, no, in a few years, I wouldn’t know what to tell you. It is true that genetics and molecular biology is something that is being incorporated more and more into research teams. There is another very interesting line that is also currently in the expansion phase with very good results and in which we at Virgen del Rocío are a reference center and they are artificial hearts. We have patients in whom you have to do a transplant and no heart appears to whom we do ventricular assistance. Or patients in whom at a certain moment they have an indication for a transplant, but a small problem appears, which contraindicates it at that moment, while they are receiving ventricular assistance. The important thing is to have tools to be able to choose at a given time what is best for the patient.

See also  122 years after its inauguration, the Liniers Treasury Market closed | Moves to an agro-industrial pole in Cañuelas

– How has the specialty changed in recent times?

– Cardiovascular surgery, as has practically happened with the rest of the specialties of medicine, has experienced, above all, an important technological advance. This is allowing us to be leaders from the south of Spain and to be a leader in techniques that are completely new. Likewise, endovascular techniques or minimally invasive surgery techniques are very advanced. Today many people can be cured with procedures in which it is not necessary to open the chest. This has allowed the concept of cardiac surgery to change 30 years ago to the current one, and we are on the bandwagon of innovation because either you get on or you stay behind. The important thing is to move forward and take advantage of all the possibilities that progress offers us.

– Where does a cardiovascular surgeon keep the Medal that the city of Seville gave her last year in honor of her long career?

– The truth is that this has been one of the news that has given me the most pride and satisfaction. That they called me from the City Hall to tell me that I was going to receive this recognition was incredible. I thought it was a joke. I am Sevillian on all four sides. I trained in Seville, I came to work at the Virgen del Rocío, here I am still 30 years later in which I have had offers to leave but I have not wanted to leave and that my city recognizes my career… Speechless.