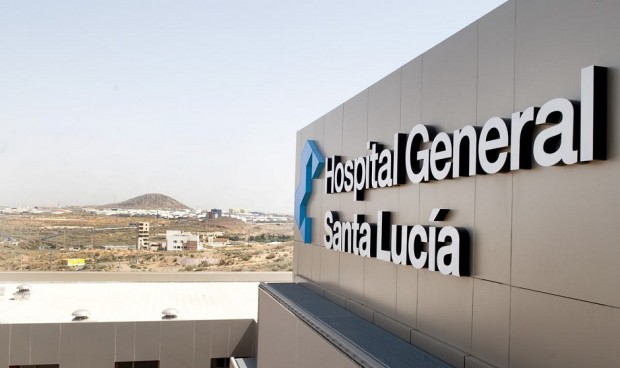 “I don’t know if this message will reach the team that worked at dawn from January 13 to 14 at the Santa Lucia Hospital and that they treated my son the way they did”. Thus begins the letter that Raquel Fuentes wanted to write through her social networks as a sign of gratitude to all the health professionals who treated her son in emergencies.

As the patient’s mother recounts in her letter, the entire team “rushed to treat him when he arrived with closed bronchi and larynx and vomiting.” “How can I return to you that my son is well, on the ground, stable and alive”, wondered the woman, who admitted that “many will think that it is your job, but when a vocation emerges, it shows”

“I lack life to thank you for the treatment received, the professionalism with which you work is not paid,” he wrote. In addition, the parent made a special mention to the doctor who treated her son. “He was not wearing the PPE and preferred to attend to my son before his safety,” he said. To end her message, the woman admits that “I hope one day I can look into your eyes and see what an angel is to me.” “You are for me this year’s Nobel Prize”, he assured in his letter.

Dedicated to the staff of Pediatric Emergencies of the Santa Lucía hospital in Cartagena. pic.twitter.com/jclSU6BQzU


Letter to toilets: “You are my Nobel prize of the year”

The letter has been shared by several users through Twitter, many of them relatives of the hospital’s health personnel, who have not hesitated to communicate that they have already conveyed their thanks to the entire team. “It is one of the best services, I attest to it,” they wrote about it. While, on the other hand, a user pointed out that “Our toilets treat us wonderfully, despite being a mistreated sector.”

See also  Symptoms of the Delta coronavirus, Pfizer vaccine in Russia and getting a medical notice: 17 questions to the epidemiologist - News of Tula and the region