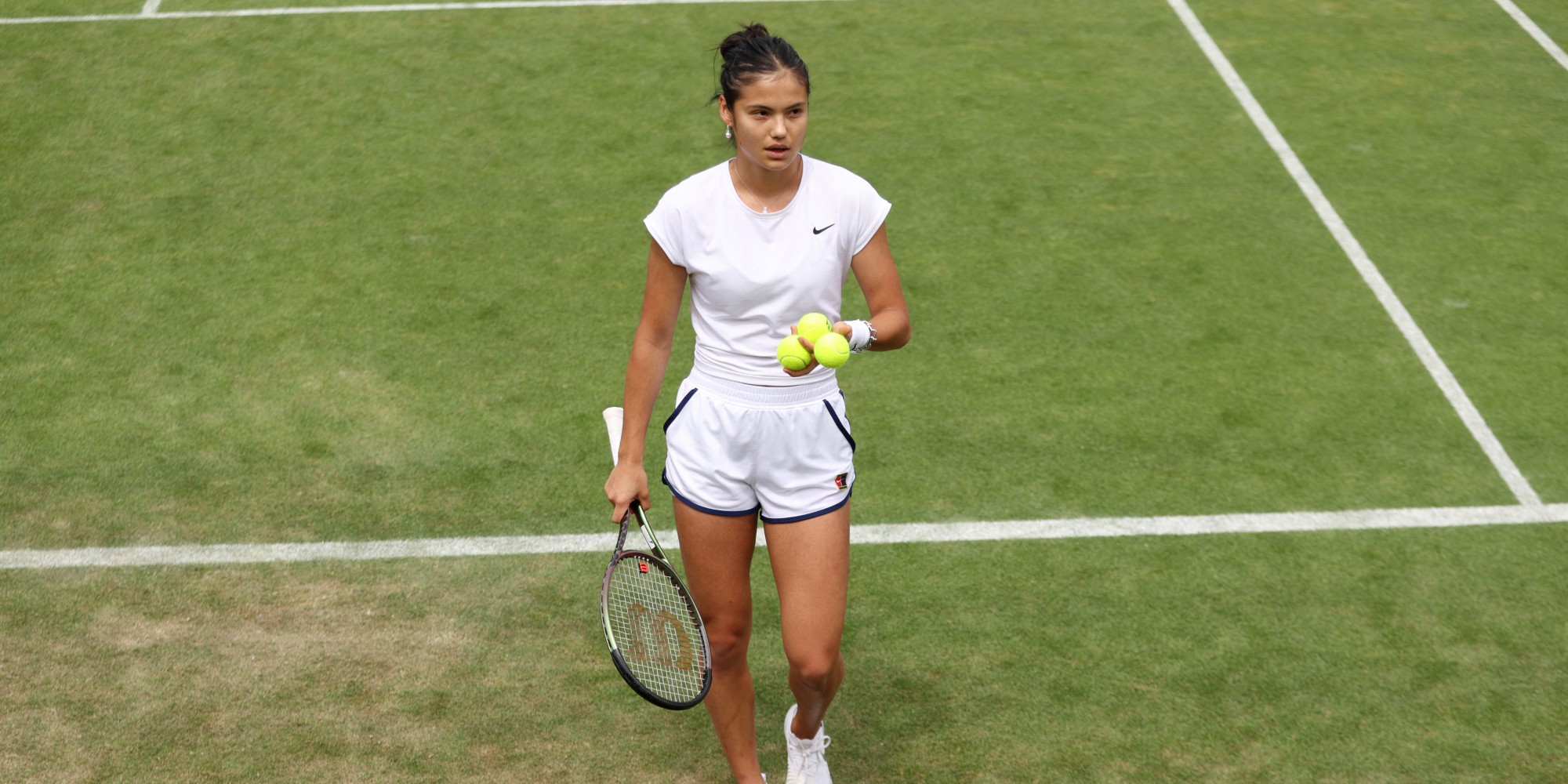 It is an understatement to say that the English tennis fan approaches the fortnight delighted. Andy Murray, finalist in Stuttgart, redid the icing at the right time, just before his 14th Wimbledon. And then there is Emma Raducanu’s second, seen as a sweet promise. A year ago, a young girl in tears, she had moved the country when she left Center Court, victim of respiratory problems in the round of 16 of a tournament which had just opened its victories counter. Before, very quickly, to bluff the world by blowing on the US Open.

Not a set lost on the road to glory and reminders of history: the first Briton to win a Grand Slam in forty-four years, the first player to qualify for such a party. What propel her, at just 19 years old, sports personality of the year according to the BBC, ahead of boxer Tyson Fury or footballer Raheem Sterling. Elegant game, solar face. A star was born.

Emma Raducanu has a waning tomorrow

If the reading of the WTA ranking (11th, against 338th last year at the same date) cannot betray the fairy tale, a subtitle now imposes itself: Emma Raducanu has a faltering tomorrow. Simply put, she has never won more than two matches in a row. The body has not always put in its own, forcing it again this month to limit its preparation on the grass to seven games, on the side of Nottingham.

But it is above all the backstage reversals that raise questions. A coach fired after the revelation at Wimbledon, another after the New York consecration, a third at the end of April. The fact of the princess? During her brief stint at Roland-Garros (2nd round), she conceded: “I make a lot of decisions for myself. When I believe something, I can be stubborn. In this case, I have no limit. »

The most treacherous will say that it has none on the marketing side either. The source of victories may have dried up, but the sponsors’ tap is still flowing for this only daughter of executives in the City, a Romanian and a Chinese. Not really the SME category: last week, HSBC joined, among others, Dior, Porsche, Vodafone, Evian, British Airways or even Tiffany & Co. All delighted to be exposed in front of its 2.4 million Instagram subscribers, compared to 10,000 before the US Open. The entry ticket is estimated at 1 million euros, at the very least.

Since the spring, the distance from sporting and pecuniary curves has fueled the shortcut: the young lady would scatter. She finds it unfair. “You may see me, on social media or elsewhere, signing this or that contract, but it’s misleading. I’m posting on the way to the club, and suddenly it means I’m not focusing on tennis. »​

We must therefore deal with new expectations, sometimes also with malicious looks: in February, a man who harassed her to her home was sentenced to a ban on approaching her for five years. The court in Bromley, on the outskirts of London, pointed out that the player had felt that her “freedom had been snatched away from her and she had to constantly look over her shoulder”. The young woman is discreet about her private life, but it doesn’t take much for the celebrity press to script her. Recently by inviting Fabio Quartararo, on the pretext of vague exchanges on Instagram and a passion for speed and mechanics. She swears that the horizon is not blurred.

“I know what I’m doing, she assured this month in Nottingham. I’m 19 and I’ve already won a Grand Slam, so I’m taking my time to put things in place, because I know my motivation hasn’t wavered. » As a big brother, Andy Murray calls for “don’t judge her too harshly”. And John McEnroe, an expert, in his opinion: “He’s a huge talent. It would be ridiculous to underestimate her at Wimbledon. » First element of response from Monday against the Belgian Alison Van Uytvanck, more dangerous than her ranking indicates (46th).