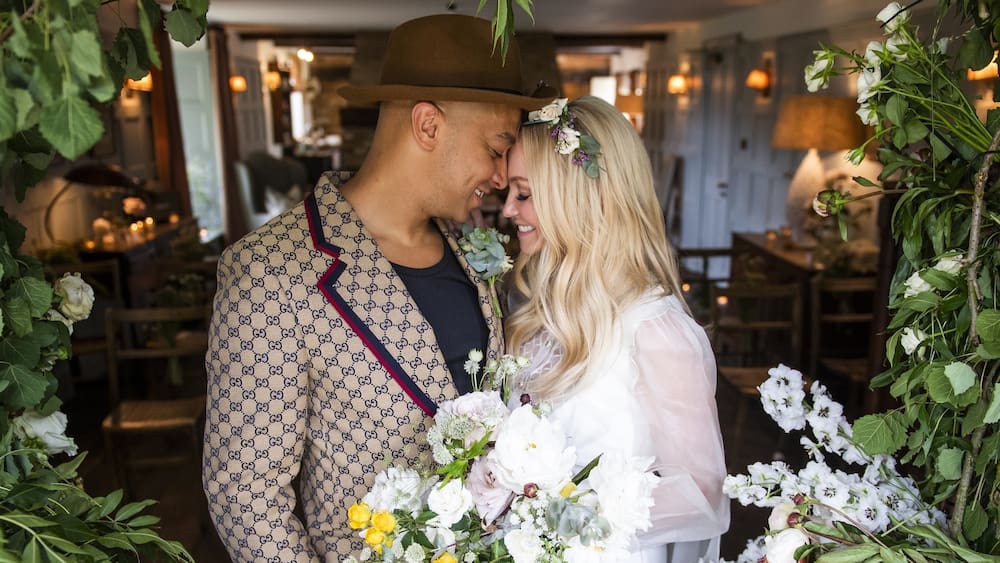 Another Spice Girl is under the hood: Emma Bunton (45) has given her partner Jade Jones (42) the yes-word. The singer and the damage artist have been together for 23 years, and they have been engaged since 2011. Together they have the children Tate (10) and Beau (13). But the fans waited in vain for the wedding for a long time – until now.

The romantic news was revealed by Baby Spice on Instagram, where she posted a picture of her special day. “Mr. and Mrs. Jones,” wrote Emma with a series of heart emojis next to it. In the photo, the newlyweds are beaming and hugging their heads in love. The bride carries a wedding bouquet in her arms and captivates in a short, simple dress in white. A special highlight is her long, transparent veil, which can be admired on another photo. Her husband went for a fancy groom look with a hat, patterned blazer and trainers.

“They kept the whole ceremony secret from everyone”

The wedding was so low-key and small that the only people in attendance at the Oxfordshire Soho Farmhouse were their mothers, sons, and two close friends who acted as groomsmen. An insider put the newspaper “The Sun”: “Emma and Jade only wanted to celebrate with a handful of people. They kept the whole ceremony a secret from everyone, but wanted their children with them. Beau was his father’s best man – it was so cute. “

Not even her bandmates should have known about the wedding. “If they had a bigger ceremony, the girls would have been invited, but they wanted it to be really intimate,” the insider said.

So congratulate the Spice Girls

Victoria Beckham, 47, who lives a mile from the venue, Geri Horner, 48, Melanie C, 47 and Mel B, 46, weren’t offended by missing the big day. Another insider stated: “In the times of Covid there was no other option. But the girls all kept in touch and wished the couple all the best. Nobody was angry with him.