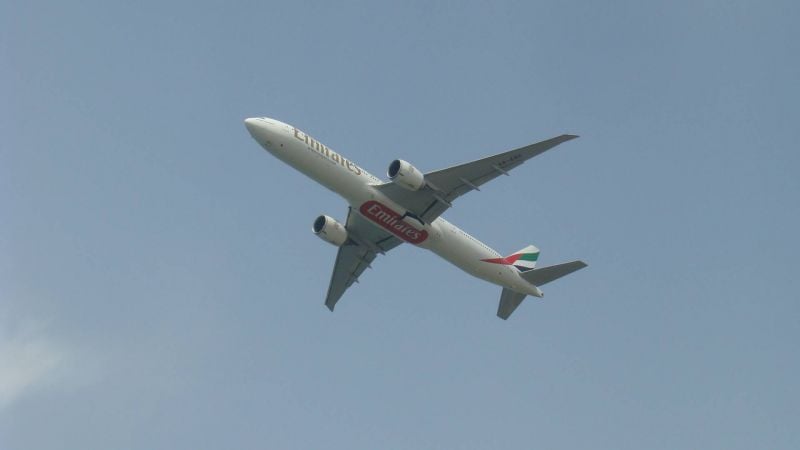 Emirates, the airline of Dubai, yesterday announced annual losses of around 4.5 billion euros ($ 5.53 billion), a first in more than three decades due to lockdowns and restrictions linked to the pandemic coronavirus that hit the aviation industry hard. “Due to the flight and travel restrictions linked to the pandemic, the airline recorded a loss of 20.3 billion dirhams (over 5.53 billion dollars), after a profit of 1.1 billion dirhams (nearly $ 300 million) last year, ”Emirates said in a statement.

The airline, which like the others was forced to temporarily suspend operations in the spring of 2020, saw its revenues fall 66% to $ 8.37 billion. In the fiscal year, which ends in March, Emirates carried 6.6 million passengers, down 88% from the same previous period (March 2019 to March 2020). The group has been “hard hit by the drop in demand for international air travel, as countries have closed their borders and imposed strict restrictions on travelers,” said its chairman and CEO, Sheikh Ahmad bin Said al-Maktoum, cited in the press release.

In this context, layoffs have hit all sectors of the group “for the first time” in its history, the workforce having been reduced by 31% to reach 75,145 employees. The Emirates group includes Emirates Airlines and Dnata, its air and airport services arm. Emirates Airlines alone has slashed its workforce by 32%, from 60,033 to 40,801, including a horde of pilots, flight attendants and flight attendants from around the world who were dismissed during the the year.

The last time the company recorded a loss was in the 1987-88 fiscal year, when it started operating. Since then, Emirates has become the largest airline in the Middle East, connected to Dubai airport which sees the largest number of foreign passengers in transit. “No one knows when the pandemic will be over, but we know the recovery will be uneven,” Sheikh Ahmad said. “The economies and companies which entered the period of pandemic in a position of strength will be better placed to bounce back”, underlined the CEO, with reference to the good health of the group before the health crisis. Emirates has received some $ 3.03 billion from the government in Dubai and Dnata has appealed for various support programs, according to the group.

Dubai reopened its doors to international tourism in July 2020, attracting many visitors looking for an escape from the more or less strict confinements imposed across the world. Emirates currently flies to 157 destinations, virtually covering its pre-pandemic network of 158 destinations in 85 countries. Tourism is an economic mainstay of Dubai, an emirate poor in oil, but with the most diverse economy in the Gulf region. It welcomed more than 16 million visitors in 2019. Before the pandemic, the goal was to reach 20 million in 2020.

Life has largely returned to normal in Dubai, with restaurants, hotels and beaches all open to the public. The United Arab Emirates, of which Dubai is one of the seven principalities, has launched one of the fastest vaccination campaigns in the world. The International Air Transport Association (IATA) has reported great interest from Gulf airlines for its anti-Covid health pass which will be put into service “in the coming weeks” in the Middle East, according to it. Emirates and Etihad, the airline of Abu Dhabi, the capital of the Emirates, have both said passenger demand may not return to pre-health crisis levels until 2023.

Emirates, the airline of Dubai, yesterday announced annual losses of around 4.5 billion euros ($ 5.53 billion), a first in more than three decades due to lockdowns and restrictions linked to the pandemic coronavirus that hit the aviation industry hard. “Due to the flight and travel restrictions associated with the pandemic, the …