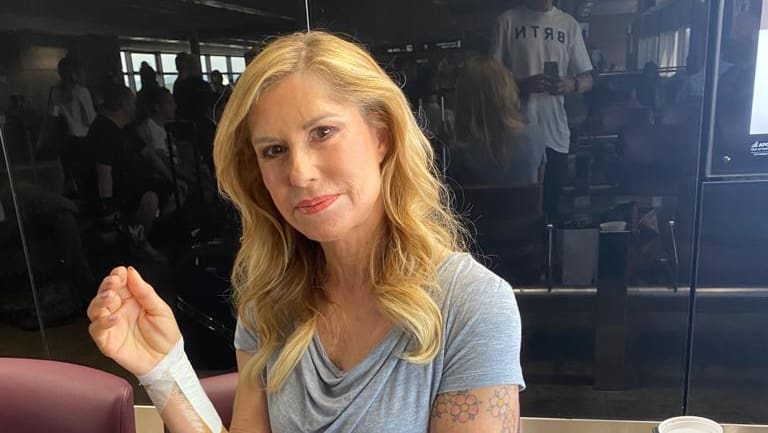 Emergency surgery after a fall on the ice

As a child, she fell from a tree trying to help a small cat get down – and broke her arm in the process. Now, for the first time in her long career, Denise Biellmann has been caught in the hand, which necessitated an emergency operation.

Denise Biellmann (59) has been on the ice since she was a little girl. In 1981, the woman from Zurich won the world championship in figure skating. Nothing has ever happened to her on the ice in all the decades – until now. “I’m annoyed green and blue, that’s a completely unnecessary Seich,” she says to Blick and describes the accident. “As always, I trained my students. Stand inside the gang. When I wanted to show them something during a spin, I got caught in the ice chute and flew full on my right hand.” She felt immediately that she was broken. “Immediately one part shifted to the left, one to the right, and I felt severe pain.”

Hours later, she underwent emergency surgery in Zurich’s Triemli Hospital. “A specialist came especially on Saturday night, at three o’clock in the morning, to do this.” A metal plate was inserted and fixed with screws. She was able to go home last Sunday. Now the right-hander needs to take it easy. “I can hold a maximum of one coffee cup, nothing that is heavier, and I can’t write either, the restriction is really nonsense.” After about two weeks, the stitches will be removed, after another four weeks the bandage will be removed and occupational therapy will begin. For now, that means no swimming in the lake, which she loves, and no training on the ice, which hurts her.

On Friday she celebrates with Thomas Gottschalk and Mike Krüger

And yet she refuses to stop partying. Tonight she will be at the big anniversary gala for 40 years of “Die Supernasen” with TV legend Thomas Gottschalk (72) and comedian Mike Krüger (70) at Wörthersee in Austria. Because Denise Biellmann once belonged to the legendary duo. In 1981 she starred in the film comedy «Pirate Channel Powerplay». “It will be a nice meeting with everyone who was in front of and behind the camera back then. I’m just injured, but what the heck, I’ll still have fun, “says Biellmann, who is at least happy that she only booked her bathing holidays in Italy from July 18th – then she can go back into the water. “At least I was lucky with the timing of my vacation,” she says with a laugh.