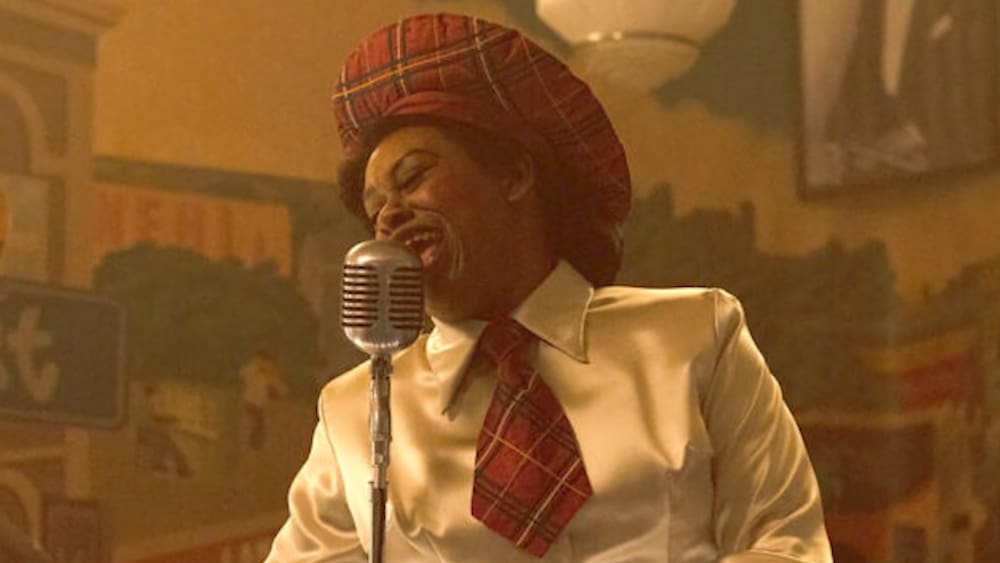 Great sadness for “Elvis” actress and blues singer Shonka Dukureh: The actress died at the age of 44. She plays the role of Big Mama Thornton in the latest King of Rock ‘n’ Roll biopic. It was her first major feature film.

Her child found her in the bedroom

The US actress was found dead in her bedroom on Thursday, Nashville police confirmed on Twitter. “The Tennessean” reports that one of her two children found the mother unresponsive. Then it rushed to the neighbors, who then dialed the emergency call around 9:30 a.m.

Forensic medicine is in the process of determining the cause of death. A crime is not currently assumed, a police spokesman said.

Just a week ago, the actor beamed in conversation with the entertainment channel “CW 30 Memphis”, she told how she brought her passion for music to the big screen through the role of Big Mama Thornton (1926-1984).

“God gave me the gift of singing everything that speaks to my soul,” said the singer in an interview. That’s why she liked her role in the film so much: Big Mama Thornton “was very honest and truthful”. She made music “how she felt it and I could totally relate to that.”

“I knew you were a star”

The actress talks about the hit “Hound Dog,” a song that was hit by Elvis Presley but originally written for Big Mama. Many years earlier she had auditioned it on the theater stage at the university.

A former fellow student wrote on Facebook: “I remember you singing in the dorm at Fisk University! I always knew you were a star!”

The singer seemed delighted with the breakthrough and had big plans for the future. The mother of two wanted to record an album in homage to great blues artists – including songs by Koko Taylor (1928-2009) and Big Mama Thornton. What would you have called your work? «The lady sings the blues.» (sod)