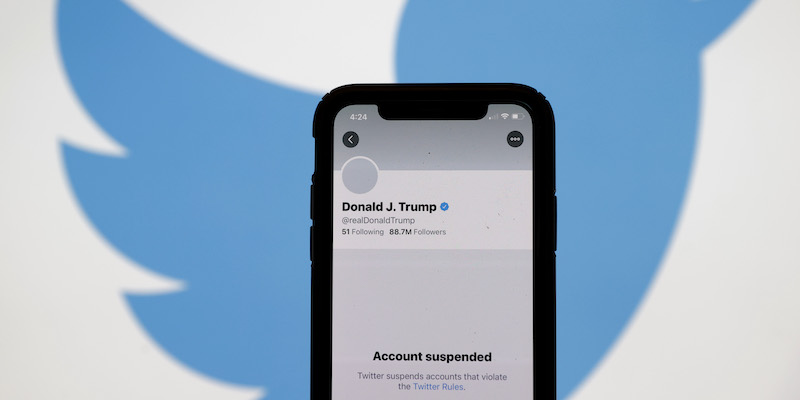 Elon Musk said Trump will be able to return to Twitter

Elon Musk said he will allow former US President Donald Trump to get his Twitter account back if his $ 44 billion purchase of the platform is finalized. Musk announced this during a conference organized by the Financial Times which was held on Tuesday. The entrepreneur said that permanently suspending Trump’s profile was “morally wrong and utterly stupid” because “it alienated a large part of the population and in any case did not prevent Donald Trump from having a voice”, since he did. its own platform.

Twitter effectively removed Trump’s account in early 2021, after the former president legitimized the attack on Congress by his supporters on Jan.6 and violated the platform’s rules by encouraging violence. The visibility and the resonance of his public statements have decreased considerably since then, obviously also because he is no longer president: but Truth, his social network, has nowhere near the popularity of Twitter, which despite being a platform with relatively few users has a notable relevance in the American media landscape.

According to Musk, the permanent bans from Twitter “reduce trust” in the platform. Musk also said Twitter founder Jack Dorsey agrees with him that such measures should be “extremely rare and reserved for bots or scam accounts.” In recent weeks Musk has insisted a lot on the concept of freedom of expression, announcing his vague plans regarding Twitter for now.

– Read also: What is said about Musk’s purchase of Twitter