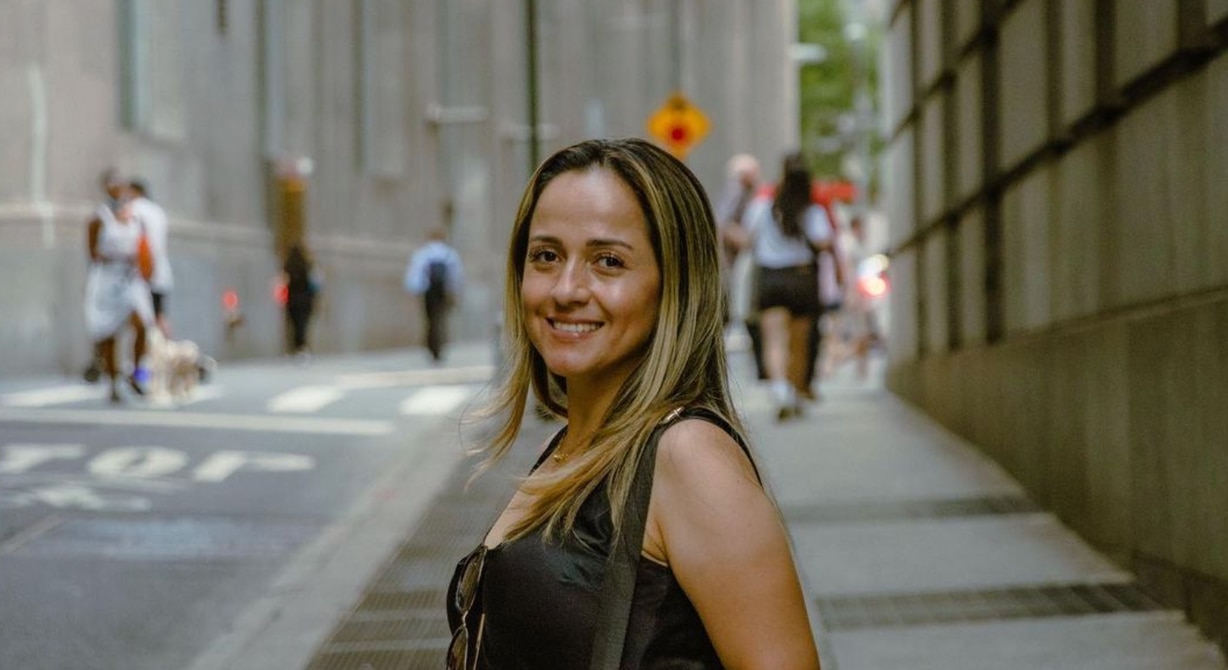 Eliana Ortega removes liceand yes, he acknowledges that people’s initial reaction is one of asco. However, that doesn’t stop her; in 2015 she started her business Larger Than Lice which is responsible for Eliminate Lice Infestations for Rich People in Manhattan, New York. How did this journey start?

“We can all have lice, from the richest to the poorest, it is something that can happen to anyone.”

The creator of Larger Than Lice was born in the canton of La Maná, in the province of Cotopaxi; When she was only three years old, her family moved to Quito. Due to the economy of her home, She had to work from a very young age, but that has not stopped her from fulfilling her dreams.

In 2014, Eliana decided to fulfill her dream: live in new york. A desire that she has had since she was a child, for several years she was trying to get a visa, but she was denied four times. In 2013, after obtaining it, she began the process of leaving it.

Her family and friends considered her crazy, since she had a comfortable life in Ecuador. Ortega worked selling insurance and this allowed him to have a quiet life. Nevertheless, it was an empty life. What she wanted was to fulfill his dream in the capital of the world.

New York, in search of sleep

His arrival in New York was not easy at all, he began living with his daughter, who was 8 years old at the time, in a small basement with no kitchen. One of the biggest obstacles was his no knowledge of English.

Initially, Eliana went through various jobs, including such as dishwashers, cleaning houses, delivering pizzas. However, they never paid him the basic salary, he remembers that he only earned about $8 an hour.

Later, he began working for a company that removes lice, here they paid him about $25 an hour. However, she learned that other people earned much more for the same work she did.

It was thus that he prepared himself and chose to open your own lice removal business. But she ran into another obstacle, she had no clients and was not well known. She began visiting schools to offer her services and little by little it became recognized.

The problem with head lice in New York is that if a student gets it, can not enter classes. This ends up affecting the families’ routine, since the child would have to stay home alone. For this reason, parents choose to contact a specialist quickly.

“I come to your house, and I take care of everything, the treatment can last from 15 minutes to 2 hours, depending on the level of the infestation and the amount of hair”.

The cost of Eliana’s service is around $450that is why his clients are elite people, he has served politicians, actors, models, big businessmen, among others.

Eliana says that she has visited large apartments, mansions, summer houses. She has seen so many luxuries that nothing surprises her anymore.

The popularity of his service made many migrants and Latinos in the United States ask him how he settled in New York. There were so many questions and advice that she was asked for that she decided to guide others in this process.

This is how Larger Than Lice Academy was born, currently, it has 75 students in the program. “Here they learn not only to get rid of lice, I want them to be business leaders who can found their company in the United States,” explains Ortega. (I)