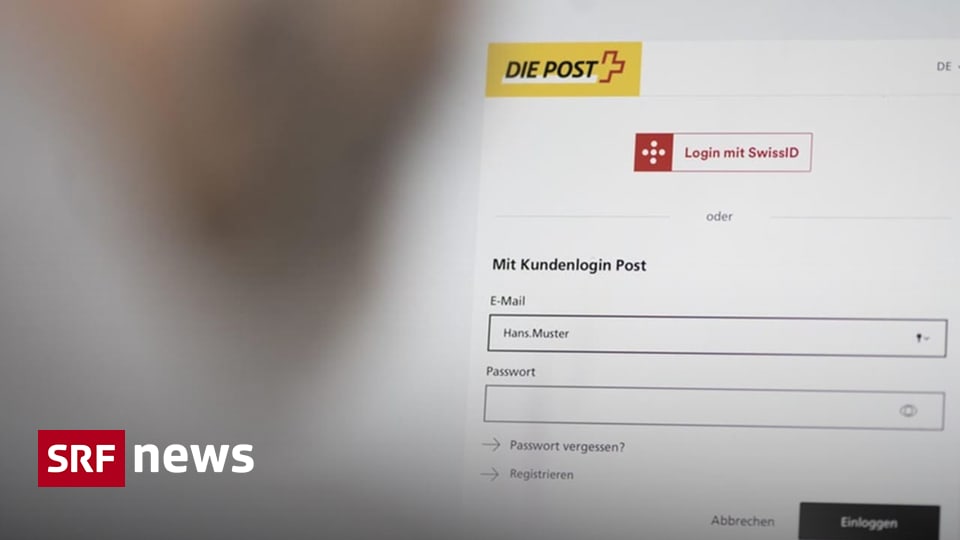 Previously, there were two login procedures at Post.ch. It’s over now. Swiss Post only relies on SwissID.

A Post customer expressed his anger on Twitter: “Mandatory registration with SwissID will not happen,” he writes. Another Swiss Post customer feels alienated: “I don’t want to create this SwissID. I’m disappointed.” Without a SwissID login, he can no longer use Swiss Post’s online services.

Already in 2018, Swiss Post tried to guide Post.ch users to log in with SwissID. However, it failed due to strong resistance from customers. The concerns about data protection were too great. This was partly due to the fact that the company Swiss Sign, which is responsible for the SwissID, belonged not only to the post office and the SBB, but also to private companies such as banks or insurance companies.

That has now changed, emphasizes Post spokeswoman Léa Wertheimer. Swiss Sign is now a subsidiary of Swiss Post – so it is almost in the hands of the state: “We are very confident that this will strengthen the trust that we will handle customer data carefully.” In addition, the registration process is much simplified in contrast to the past, emphasizes Wertheimer.

Swiss Post already announced in April that it relies only on the login solution with SwissID. Anyone who was new to Post.ch could only do this with their SwissID. Existing mail clients differ: Previously you could choose between SwissID and Post-Login. It’s over now.

See also  next 48 hours first heat with super anticyclone, all the details «3B Meteo

Since the beginning of August, several 10,000 Swiss Post customers have been asked every day to replace their login with SwissID, says Wertheimer: “Offering two login variants at the same time makes no economic sense. From our point of view, SwissID is the future-oriented service.»

For those Swiss Post customers who do not want to change their login for Post.ch to SwissID, there is an outdated aftertaste: they will no longer be able to use Swiss Post’s online services and will have to do so at the post office counter. The Postfinance login is not affected by the current change.