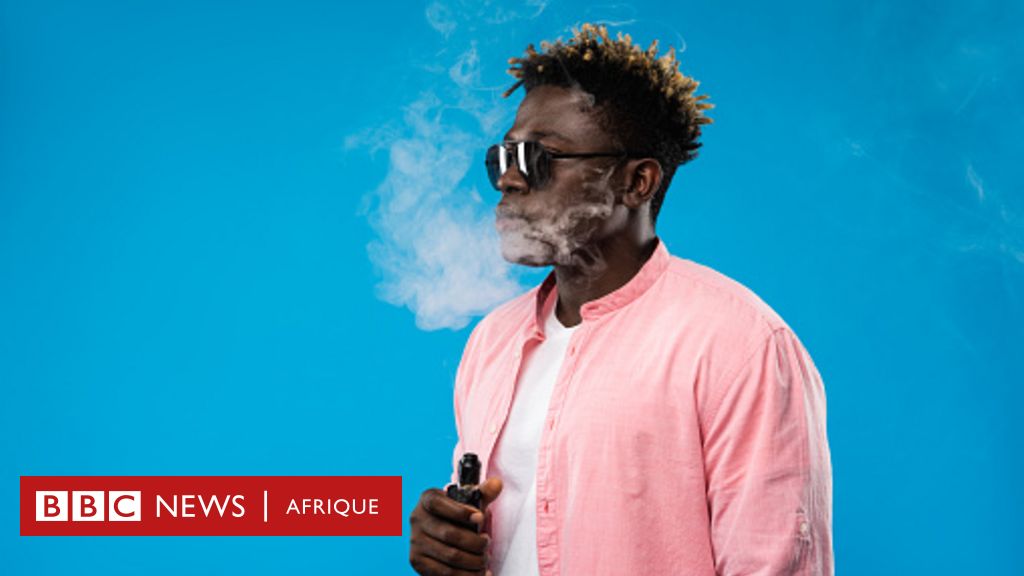 Electronic cigarettes: the risks of these gadgets popular with young people

They were promoted on the grounds that they would be less harmful to health and would serve as a treatment for people who wanted to quit smoking.

However, electronic cigarettes are not only as addictive as tobacco, they are also making more and more teenagers addicted to tobacco.

“I see in my office more and more young people between 16 and 24 years old who use this product and have a nicotine level in their body equivalent to that of more than 20 cigarettes a day”, explains cardiologist Jacqueline Scholz, who directs the smoking treatment clinic at the Sao Paulo Heart Institute.

These products “are often targeted at children and adolescents as part of the promotions of the tobacco and allied industries that manufacture them, through thousands of attractive flavors and misleading claims,” ​​says the World Health Organization. Health (WHO) in its latest report published in 2021.

Children who vape, as the use of these devices is called, are up to three times more likely to end up smoking in the future, according to the international body, which recommends that governments regulate them to prevent smoking. become a norm in society and to protect future generations.

The sale or distribution of e-cigarettes is banned in 37 countries, including Argentina, Colombia, Mexico, Nicaragua, Panama, Uruguay, Venezuela and Brazil.

But that does not prevent these products from being smuggled in without any health checks.

“If we don’t tackle this problem now, the use of these devices will soon become an epidemic,” Scholz told André Biernath of the BBC’s Brazilian service.

See also  How long are you contagious?

The cardiologist recalls that, since the appearance of the first versions about twenty years ago, these devices have always been promoted on the grounds that they are less harmful to health.

“It’s still said that because they’re combustionless and smokeless, these devices are supposed to be safer,” she explains.

She recalls that this information was used as the basis for selling e-cigarettes in many countries as a kind of “harm reduction” or treatment for people wishing to quit smoking.

The wolf in the skin of a sheep?

The big problem, he says, is that there aren’t enough scientific studies to back up such claims, and all the advertising related to these products seems to be more focused on winning over new users (especially young), and practically ignores this possible therapeutic bias.

“Several countries, like the UK itself, have accepted this argument and launched e-cigarettes. What has happened in these places is an increase in the prevalence of smoking,” says Mr. Scholz.

For the doctor, it makes no sense to treat e-cigarettes as medical treatment and leave it up to individuals to decide when and how to use them.

“If the purpose of this product was truly therapeutic, it could not be sold anywhere, as it is now.”

“It would have to be prescribed after a medical evaluation, in which the professional concludes that the patient cannot quit smoking with the other methods we have to offer. From there, the correct dosage and use of this substance might be indicated.”

Mr. Scholz points out that in addition to not delivering on the therapeutic promises, e-cigarettes can do the opposite and be harmful to health, and draws attention to three of the main ingredients present in these devices: propylene glycol , nicotine and aromatic substances.

Propylene glycol works as a kind of vehicle, capable of diluting and transporting nicotine around the body.

See also  Advanced Therapies in Dermatology: the role of Spain

Nicotine, on the other hand, is a psychoactive substance originally present in tobacco, which is highly addictive.

When using e-cigarettes, it is inhaled through the mouth, passes through the lungs, enters the bloodstream and ends up in the brain, where it causes a momentary feeling of well-being.

Finally, there are aromatic substances, which mimic a wide range of smells, from mint to custard.

Scholz points out that these three ingredients can pose health risks in different ways.

“On the one hand, the smells make these devices more socially acceptable. After all, the smell of mint, honey or strawberry is much more pleasant than that of conventional cigarettes.”

And this attribute, she says, heightens curiosity and dispels fear in a younger audience, accustomed since childhood to hearing about the harmful effects of “traditional” smoking.

“Propylene glycol, on the other hand, is widely used in the food industry, and people have just assumed that since it’s safe to eat in food, it won’t do any harm when inhaled,” says -she.

“But we do not have enough studies on this subject, in particular because these devices today contain so many additives that we do not have an exact idea of ​​the chemical reactions which occur there, at high temperature. “

“And we have already seen some studies that have detected carcinogens in the bladder and urine of e-cigarette users,” adds the specialist.

See also  Can a weather app predict the risk of COVID-19?

She explains that when she receives a new patient using an e-cigarette in the practice, she always performs a rapid urine test, which measures the amount of nicotine in the body of the person concerned.

“It is very common for young patients, aged 16 to 24, to have nicotine levels equivalent to smoking more than 20 conventional cigarettes a day,” she says.

In fact, the very mechanism of these devices facilitates their constant use. In addition to not having an unpleasant smell, it is not necessary to turn it on or off.

“It’s a product that you can use over and over again. You put it in your pocket, take a puff, and put it away. Then you can take it back whenever you want,” says Scholz.

“It creates a routine, and the person starts using e-cigarettes on the street, at work, in the school bathroom, lying in bed…”

Besides being addictive, nicotine also has effects on important organs such as the heart and lungs.

“Nicotine is not a harmless substance. It increases heart rate, changes blood pressure and can damage the endothelium, the inner layer of blood vessels,” he says.

“The heart risk for an e-cigarette user is therefore about the same as for a person who smokes conventional cigarettes.

“In the lungs, nicotine nanoparticles can enter the alveoli, causing respiratory spasms and even inflammatory diseases,” she adds.

“A few years ago we had a number of such cases, particularly in the United States, which attracted attention. Some of these patients were using other substances, but about a third were exclusively using nicotine. .