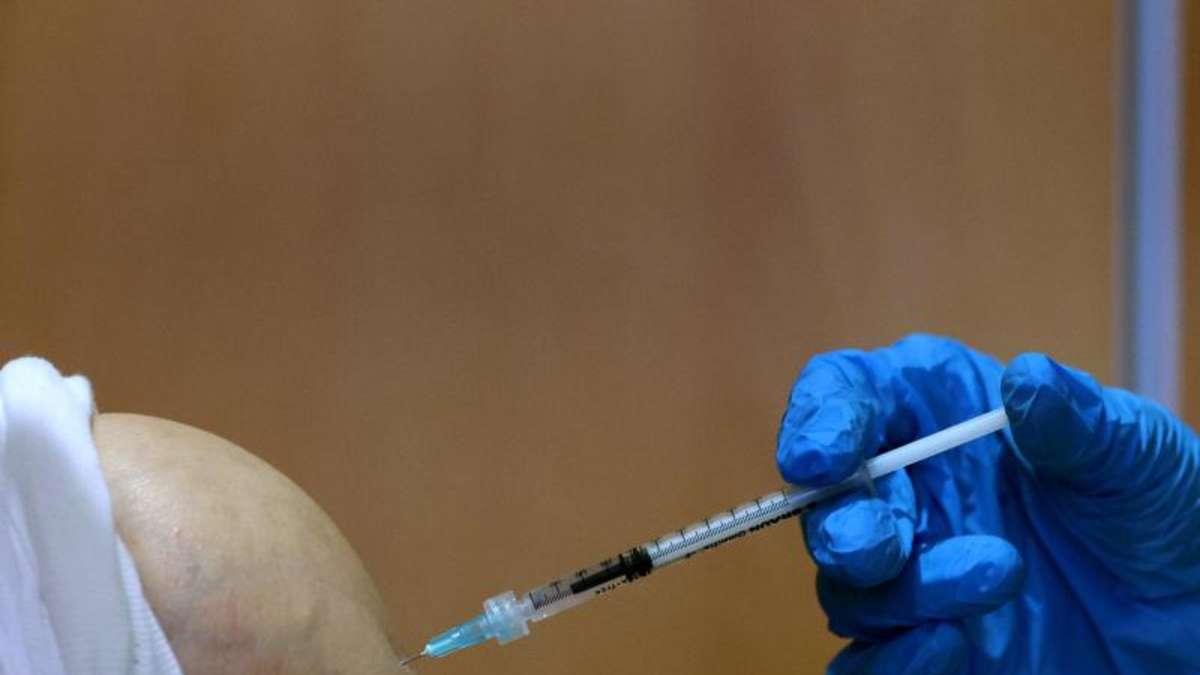 Most people are adequately protected from Covid-19 by a corona vaccination – at least from a serious course of the disease. But there may be exceptions for older people. Researchers have investigated why this is so.

Berlin (dpa) – Researchers at the Berlin Charité have found an explanation for why there are still corona outbreaks in old people’s and nursing homes despite double vaccinations.

The immune system of old people reacts less efficiently to the vaccination than that of younger people, said the Charité after two studies published in the journal “Emerging Infectious Diseases”. It is therefore particularly important that nursing staff and visitors are immunized. In addition, hygiene measures and tests remained important. In the medium term, a further booster vaccination for older people is an option in order to improve their vaccination protection.

For an investigation, the scientists worked on an outbreak in a Berlin care facility from February. In addition to 11 nurses without complete vaccination protection, around 20 residents were infected with Sars-CoV-2 in the Alpha variant (B 1.1.7). All but four of them were fully vaccinated with the Biontech / Pfizer vaccine. The four unvaccinated became so seriously ill that they had to be treated in a hospital. Only around a third of those vaccinated had symptoms such as coughing or shortness of breath. According to the Charité, two vaccinated residents died, but probably not causally of Covid-19.

“On the one hand, we can see from this outbreak that the vaccination has protected the residents of the nursing home as a whole, because the course of the disease was much milder,” says Victor Corman, deputy head of the consulting laboratory for coronaviruses at the Institute of Virology. “At the same time, the increased number of infections makes it clear that the high effectiveness of the vaccination in old people is sometimes not fully effective.”

In the second study, the research team compared the immune response to the Biontech / Pfizer vaccine in patients over 70 years of age at a family doctor’s practice with that of Charité employees, who were on average 34 years old. Blood analyzes showed that just three weeks after the first dose, around 87 percent of the younger ones had developed antibodies against Sars-CoV-2. Among the older it was only around 31 percent. One month after the second dose, almost all young people vaccinated (99 percent) had specific antibodies in their blood. Among the elderly, it was around 91 percent. In addition, the antibodies matured more slowly in the elderly, so they were less able to bind the virus. The second important arm of the immune response, the T-cell response, was also weaker.

“Our study shows that the immune response in older people is significantly delayed after vaccination and does not reach the level of young vaccinees,” summarizes Leif Erik Sander, vaccine researcher from the Medical Clinic with a focus on infectious diseases and pulmonology.

For whom the immune protection could also fail

The Standing Vaccination Commission (Stiko) also assumes that
that quite a few people do not have an effective vaccine despite being fully vaccinated
Have built up corona immune protection. The Stiko chairman Thomas
Mertens told the newspapers of the Funke media group (online
Thursday / Print Friday): “There are now several studies that
show that vaccination against Covid-19 in people whose
Immune system is slowed down with medication does not work as well as with
others. “The immune response is worse or fails completely.

Affected are people after an organ transplant or
partly also cancer patients. In such cases it is important that
Contagion risk in the environment through vaccinations as much as possible
reduce. “This is called the cocoon strategy,” says Mertens. Also at
For rheumatism patients, the immune response depends on the type of immunosuppression
at least reduced. At the moment it is not yet possible to estimate how
the group of patients who despite having been fully vaccinated is large
had no or insufficient immune protection. “We
but have to assume that it is not just isolated cases. “

Study on the corona outbreak