Elden Ring is the latest entry in the FromSoftware library. In addition to some gameplay innovations, it also offers fans a lot of tried and tested games. One of those old features is the lack of “real” Buy Mode in Elden Ring. It is still not possible to play through and complete the game fully cooperatively. Only certain passages and areas can be tackled together. A well-known Soulsborne modder has now addressed this problem.

From this week you should Enjoy Elden Ring fully in co-op be able. A new multiplayer mod is on the way. Finally, the full potential of the multiplayer options demanded by many players should be exploited. As usual in the “Soulsborne” games, individual opponents and bosses can be tackled cooperatively. However, as in previous titles, there are also individual passages that have not yet been designed for multiplayer experiences.

Nexus Mods Mud LukeYui, who already developed a similar package for Sekiro, now wants to fix that and this time worked out a modification that should make it possible to circumvent the previous obstacles for multiplayer. For example, obscuring smoke screens and annoying re-summoning after or during certain areas and fights should soon be a thing of the past. All comrades-in-arms of the current session should even be able to use their own mounts.

Together we become strong, together we move forward

Furthermore, a voting system for fast travel is promised. Players must agree on the next goal in order to progress further. But the most interesting thing will probably be the shared progress. With the help of the mod, all players get the same reward after completing a task. Quests or bosses completed together then count as progression in each game, not just in the host’s game.

Elden Ring: How to play together in co-op. (c) FromSoftware

So LukeYui’s mod praises a “proper” Co-op experience for Elden Ring on. Some modders follow a rather funny approach with their visions. Recently a video has surfaced with the wonderful title “Elden Ring ruined by mods”. Here, for example, you can see Homer Simpson or Shrek hanging around in the inland. 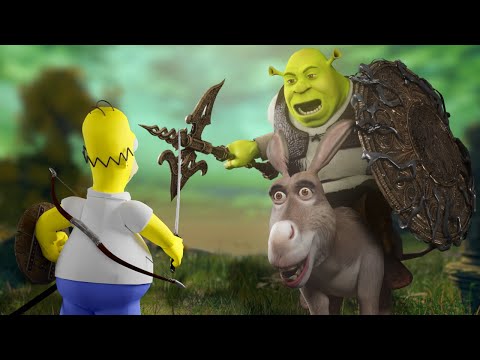 According to Gamesradar, the multiplayer mod works into open beta on May 27th. the Elden Ring Buy Mod can be found at Nexusmods.com.

Elden Ring is available for PC, Playstation 4 and 5, Xbox Series S/X and Xbox One.