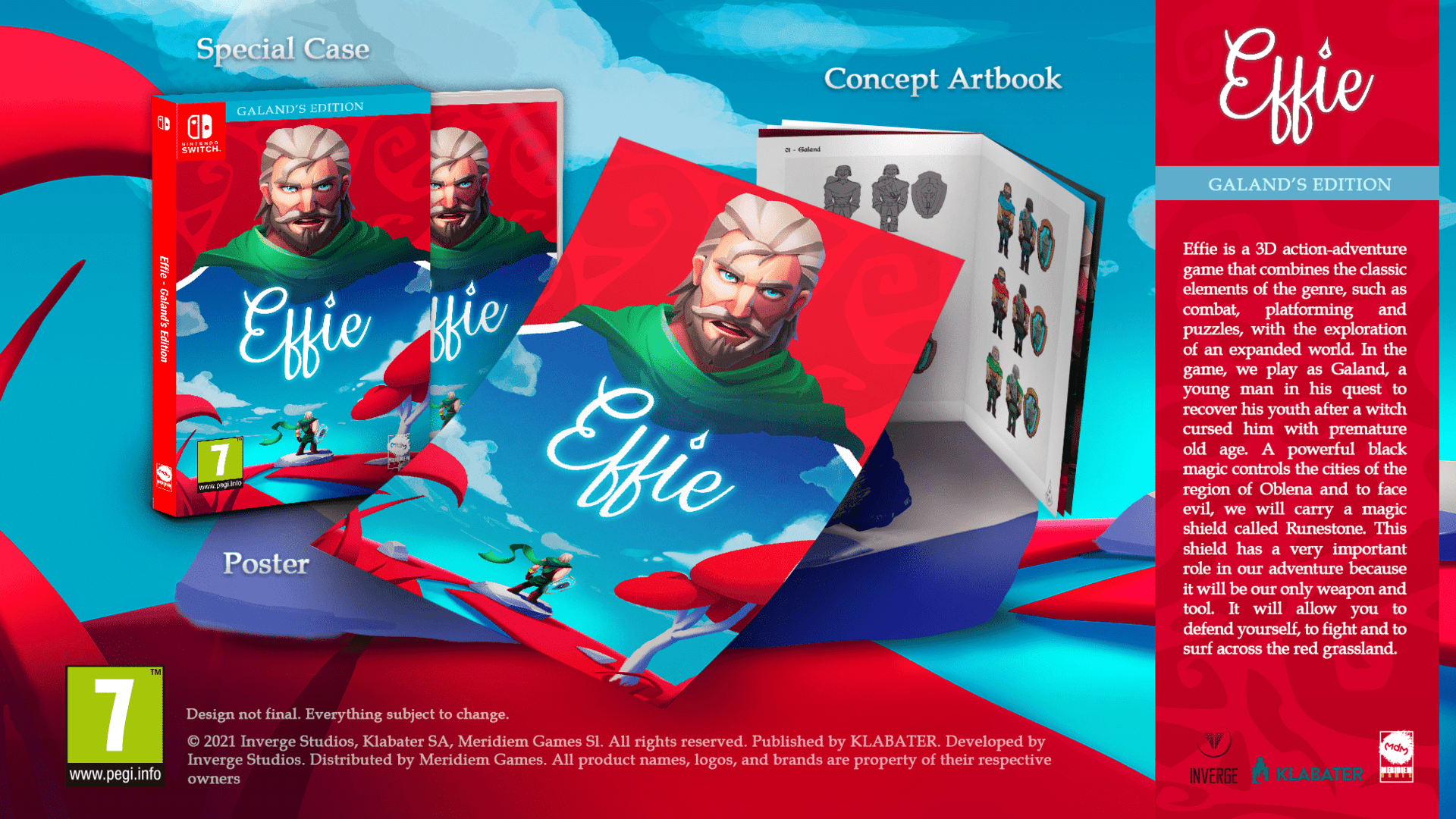 Meridiem Games is proud to announce that Effie, the thrilling 3D action adventure developed by Inverge Studios and published by Klabater, will be released as a special “Galand’s Edition” box for Nintendo Switch this fall.

By combining classic elements of the genre such as combat, platforming and puzzles, Effie takes the player on a unique fantasy adventure in an expanded game world and relives the look and feel of old-school video games.

Effie’s special Galand’s Edition for Nintendo Switch will include a specially designed case, a concept art book showing how the game’s beautiful design was forged, and a poster of our bearded hero.

Get ready for a unique 3D action-adventure experience as you immerse yourself in the adventure of Galand, a man cursed with premature old age. On this journey, Galand must find a way to break the curse, fight powerful enemies, solve challenging puzzles and explore a huge red fantasy world.

A powerful black magic has taken control of the cities in the Oblena region. To face the evil that lies before him, Galand will carry a powerful magical shield that will grant him special abilities and allow him to acquire new skills during his journey. It will also allow him to surf the wide world of Oblena at great speed.

We all have fond memories of these incredible classic 3D action-adventure games, and Inverge Studios used these references to bring those sensations back to life, but with improved graphics, controls and gameplay!

Effie is inspired by classics of the genre like Ratchet and Clank, Legend of Zelda, Rime, Yooka Laylee and many others.

Effie – Galand’s Edition will be released as a special boxed version on Nintendo Switch this fall. For more information, please visit www.meridiem-games.com/en