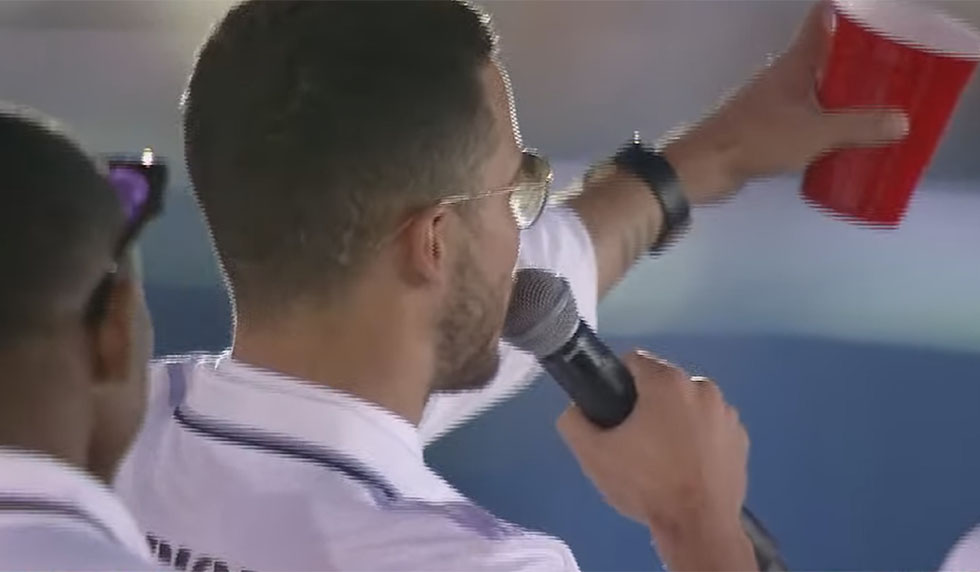 Eden Hazard to Real fans: “I’ll do everything for you next season”


Eden Hazard is motivated to show it to everyone, despite what has now been his third disappointing season at Real Madrid. Celebrating the Champions League title win, the 31-year-old Belgian made an announcement to fans at the Cibeles Fountain on Sunday night.

“Look: It was three years with injuries and stuff. But next season I will do everything for you!”the attacker’s message reached tens of thousands of fans on the streets around Plaza de Cibeles. His team-mates then joined him, jumping around happily together – showing that Hazard is a popular player in the team despite his reserve role.

Hazard had a plate surgically removed from his right fibula at the end of March, and he seems to be making a good impression in training. Thibaut Courtois: “I’m sure we’ll get him back. I understand that people have doubts about him because he hasn’t delivered what is expected of him so far. I heard him say, ‘Next season will be my season.’ That he feels that way is positive.”

Meanwhile, coach Carlo Ancelotti recently announced: “His plan is pretty clear: He’s staying – and with a lot of motivation, because the last few years haven’t gone well for him. He wants to show all his quality, which he hasn’t been able to do before. He’s staying to show his quality next season.” Hazard’s contract runs until 2024.

Eden Hazard to Real fans: “I’ll do everything for you next season”

Eden Hazard, despite his third disappointing season at Real Madrid, is still motivated to show it all. Celebrating the Champions League title win, the 31-year-old Belgian made an announcement to fans at the Cibeles Fountain on Sunday night. “Look: It was three years with injuries and stuff. But next season I will […]