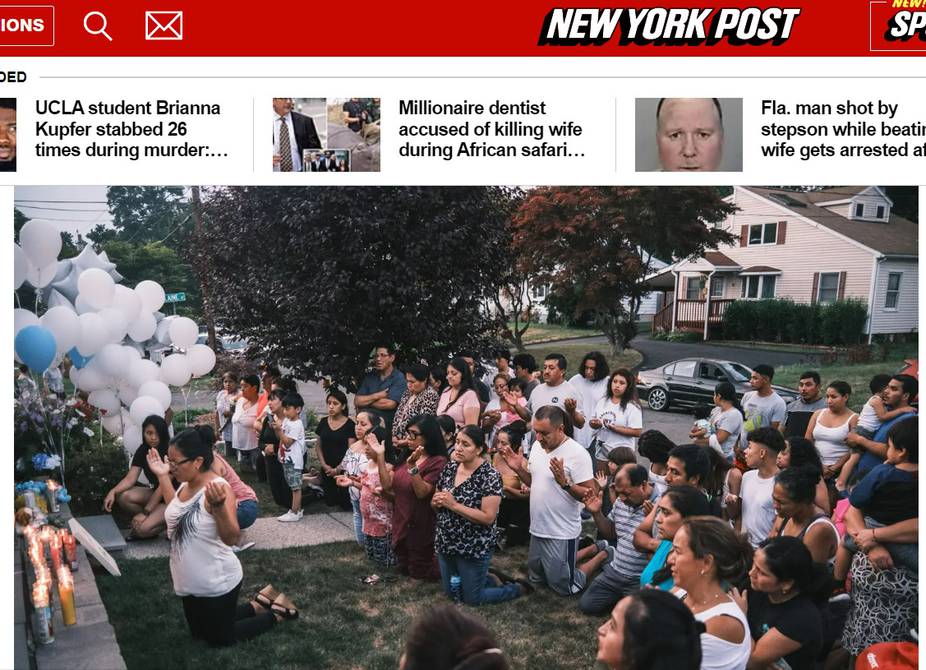 A mother believed to have strangled her children before taking her own life was an Ecuadorian migrant He was 36 years old and cared for other families’ children in an unlicensed daycare that he had at his home, in the city of Danbury, Connecticut, where the tragedy occurred.

The death of Sonia Loja and her three children between the ages of 5 and 12 has shocked her neighbors and friendswho on Thursday night held a vigil in front of the family’s home, where many could not help crying.

They described her as a mother who was always attentive to her children and loving to those she cared for.. They placed candles, flowers, white balloons and a teddy bear on the front steps of the house.

“I can’t believe I did this, I can’t believe this happened,” he told the New York Post. Sonia Sucuzhanay, who specified that Loja emigrated 15 years ago to the United States from her native Ecuador.

“I felt calm leaving my children with Sonia,” he assured the newspaper.

According to one of his neighbors, Elvis Espinal, on Wednesday Loja told one of the parents who came to drop off his son that he would not be able to take care of him that day. The emigrant contacted the parents of the ten children she cared for to inform them of the same thing, add diary.

According to news reports, Danbury police received a call at 6:30 p.m. Wednesday from a man who was distraught and crying. When the agents arrived at the home, they found the bodies of Loja and her children Jonael Panjón, 5 years old, Joselyn, 10, and Junior, 12, respectively.

Authorities believe that Loja strangled her children and then hanged herself, but they are waiting for the results of the autopsies to corroborate their suspicion.

Her husband and father of the children, Pedro Panjón, who works in landscaping, found the bodies when he returned home and passed out at the discovery, adds the Post.

According to the newspaper, Loja did not have permission from the authorities to operate the nursery and had been summoned twice by the state office in charge of that issue, the agency reported to the Post. (I)