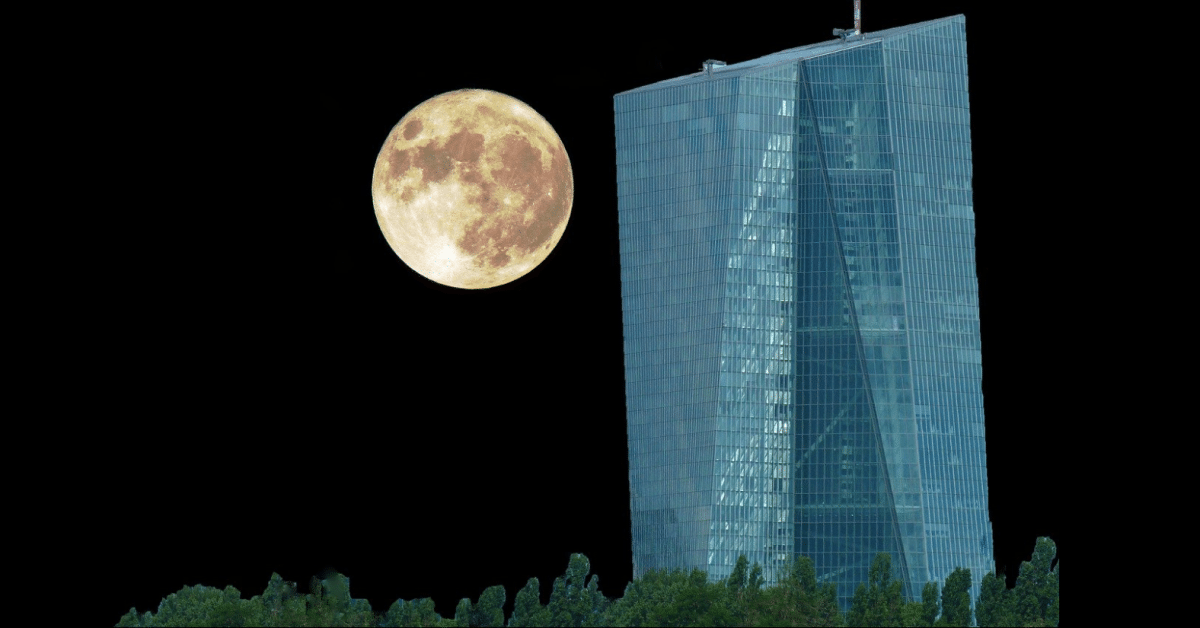 Only recently, after much too much hesitation, the European Central Bank (ECB) announced a slight departure from the zero and negative interest rate policy and the money glut that have determined the ECB’s monetary policy for 14 years. In view of the official record inflation rate of 8.1 percent, the ECB wanted to initiate a tentative turnaround in monetary policy.

The Frankfurt central bank had announced that it would stop buying bonds on July 1st. At the next monetary policy meeting of the ECB on July 21, it is also “intended” to raise the key interest rate by 25 basis points to 0.25 percent. That would be the first rate hike in more than a decade. The author had already expressed doubts at this point as to whether this would actually happen.

It was already clear that bond purchases should not be stopped in real terms. Because in maturing bonds should be reinvested at least until 2024. So more bonds should be bought.

However, since the central bank’s announcements have caused interest rates on government bonds from debt-ridden countries such as Italy to rise again significantly, the ECB is backtracking on this issue for fear of a new debt crisis flaring up, as became clear in the light of a hastily convened emergency meeting on Wednesday. More on that below.

“Is a new debt crisis looming?”

“Is a new debt crisis looming?” Was, for example ZDF to hear again. The fact is that the national debts of large euro countries such as Italy, Spain and France have continued to escalate due to the Corona crisis. The debt has not been reduced, as planned with the flood of money, which the ECB was supposed to buy time with, but which has passed unused.

Most recently, the debt ratio in relation to economic output (GDP) had even fallen slightly. However, this is mainly due to the strong catch-up growth in 2021, but also to the very high inflation of now 8.1 percent in the euro area, with which part of the national debt is being inflated away.

However, since the Frankfurt Central Bank keeps heating up the fairy tale that inflation has skyrocketed because of the Ukraine war, it should be mentioned once again that inflation in the euro area and in Germany rose to five percent last December had already risen to 5.7 percent.

Italy’s debt ratio is now almost 151 percent. In Spain it is a good 118 percent and in France the rate is almost 113 percent. This means that three large euro countries have enormous debts and things could get serious for them sooner or later. This applies above all to the problem child Italy, which has been an increasingly loud ticking time bomb for many years.

In order to save the third-largest euro country and thus also the euro from falling, the Italian Mario Draghi from the ECB initiated the flood of money, which was not reversed under the French Christine Lagarde, but was greatly expanded during the Corona crisis.

In the meantime, Draghi is no longer ECB President, but Prime Minister of Italy, benefiting from the new ECB extra sausages that are now being fried by Lagarde for Italy.

To compare the debt ratios, it should be said that the average in the euro area is almost 96 percent. In Germany, the rate is a good 69 percent, which means that Germany is still well above the Maastricht stability criterion of a maximum of 60 percent.

Greece, whose debt ratio was to be reduced to 120 percent by 2020 under the auspices of the International Monetary Fund (IMF) and with Lagarde at the helm, actually has more than 193 percent and was even on the point of exceeding the 200 percent threshold in the meantime.

Since it has been clear for some time that the ECB will eventually have to raise interest rates due to high and rising inflation, yields on Italian ten-year government bonds have fallen from 0.56 percent to around 4.1 percent since last August percent increased.

The recent increase has been very strong. At the end of March, the yield was only about half what it was previously. Since the bond interest rates of some southern euro countries have recently risen significantly, memories of the euro debt crisis of the past decade inevitably come to mind.

It is clear that high and rising interest rates on government bonds – the current Italian level was last seen eight years ago – will soon cause difficulties for some countries. When, in the middle of the debt crisis eleven years ago, yields on Italian bonds rose to 4.8 percent, there was talk of the “crash” of the third-largest euro area.

At the time, it was Draghi who said from the central bank’s executive chair: “Whatever it takes” will be done. So Draghi wanted to do everything to save Italy and the euro. He also wanted to run the money presses indefinitely to buy government bonds and lower risk premiums. By then, at the latest, the limit to prohibited state financing via the central bank had been crossed.

It might even have been necessary at the time. An orderly exit from this long-term inflationary monetary policy would have been just as necessary. The time bought should also have been used, which, however, did not happen. But the exit from the flood of money, which the central bank of the central banks had repeatedly demanded, never came.

For years, the ECB has been pursuing economic policy instead of ensuring monetary stability, which is its real task. Even with the slightest economic slowdown since Draghi handed over the executive chair to Lagarde, bond purchases have been expanded again.

Therefore, as was foreseeable and has been repeatedly criticized here, the ECB has maneuvered itself into a quandary that is now becoming visible to everyone. Any tightening of monetary policy will cause shock waves, and it has long been clear that the longer the problems are delayed in Frankfurt, the harsher the consequences will be.

In the meantime, the debt situation has also worsened. When Draghi’s historical sentence fell, the debt of the Italian state was still two trillion euros. But now the national debt has already grown to 2.7 trillion.

This means that even with slightly lower yields than back then, Italy will soon face massive problems. Because debt service will soon eat up larger and larger parts of the income.

So there is still some time, as many bonds that have been bought cheaply in recent years have longer maturities. But this time is also running out and it is clear that a dangerous downward spiral is looming in the foreseeable future for some countries, especially since the risk of recession is also increasing in Italy.

Germany currently has to offer a yield of around 1.7 percent for ten-year bonds, but the interest rate difference (spread) to Greece is already a good three percentage points. So Greece has to pay a risk premium of a good three percentage points, which is why the country is now only getting new bonds for almost 4.8 percent. In view of the extremely high level of debt, this will also become critical in the medium term.

In the case of Italy, there is also the fact that the Italian banks have saturated themselves with Italian bonds with the hitherto extremely cheap ECB money. According to the Italian Banking Association, Italian financial institutions have Italian government bonds worth 422 billion euros on their books. The banks in the country will quickly find themselves in trouble again. In the wake of rising interest rates, these bonds lose value.

This weighs on banks’ balance sheets. There is a threat of an aggravation of the banking crisis, which was never over in Italy anyway, as events three years ago showed.