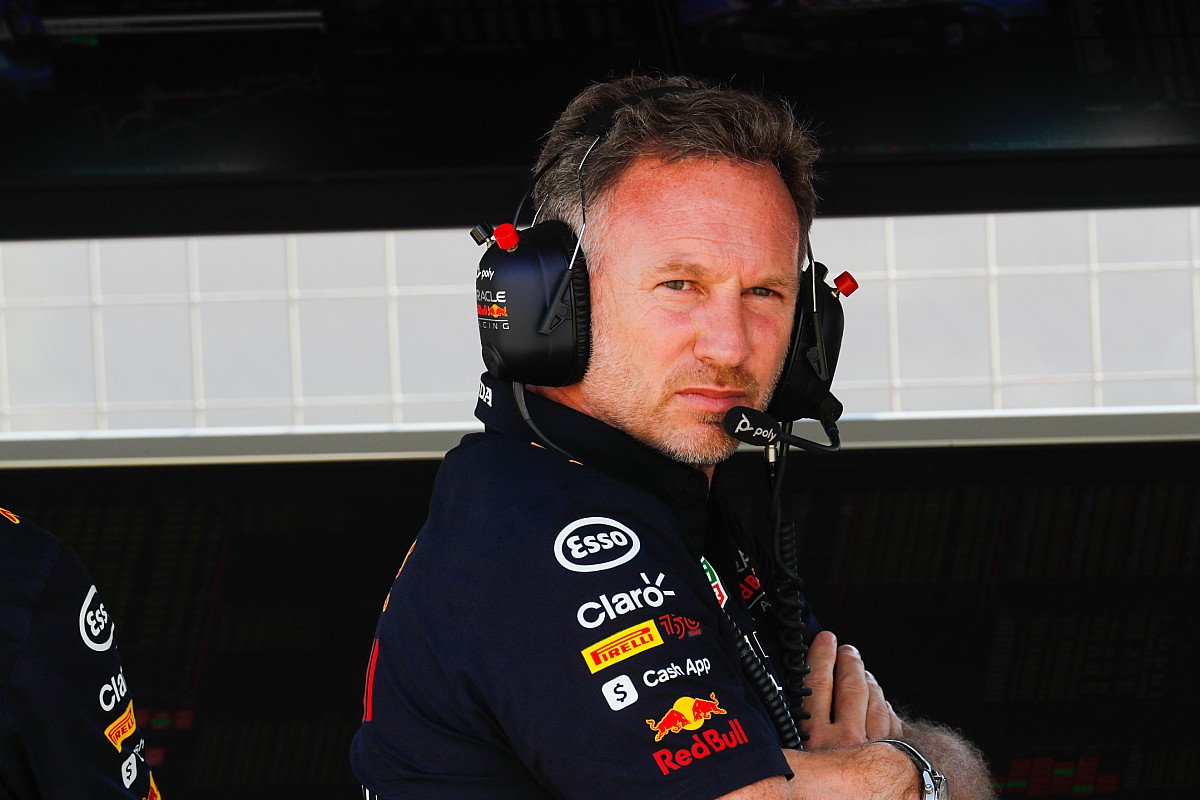 In an attempt to stem the problem of porpoising which several teams faced at the start of the season, the FIA ​​has announced that it will modify its 2023 Technical Regulations. In particular, the edges of the floor will be raised by 25 mm and stricter controls of this element will be put in place. However, the federation has come up against the disagreement of a number of teams.

So Red Bull has expressed its opposition to any rule changes, saying teams that don’t suffer from porpoising shouldn’t pay for those that have had more difficulty. Asked by Motorsport.com after the French Grand Prix, team principal Christian Horner asked F1 officials to “just follow the normal procedure”.

“Again, I didn’t see any problem here [en France]”he said about porpoising. “I think we really haven’t seen a problem in the last three or four races. So I think we just have to find a common sense solution and not rewrite the regulations for next year at this point. time of year. With budget caps in place, it’s just too late.”

“I think it’s actually an even bigger problem for some of the smaller teams, who just wouldn’t have the resources [nécessaires] to be able to react. I think whatever action is taken, it has to be reasonable.”

Earlier in the week, Horner claimed that lobbying to change the regulations for safety reasons was intended to help a “certain team”, namely Mercedes, which particularly suffered from rebounds at the start of the year. The star brand denied this, saying the floor changes would not guarantee an improvement in its performance.

If it concerns safety, the FIA ​​F1 Technical Regulations can be changed without the support of the teams and “without notice or delay”but Horner doubts: “I dispute that [le marsouinage] be a security issue. It’s up to the team to decide how they want to operate their car. Porpoising can be suppressed very easily but at the cost of performance. It is therefore not the role of the FIA ​​to ensure that a team is competitive, otherwise we would have had a BoP [balance de performance] engines over the last ten years.”

Horner said part of the problem was the rules’ lack of definition of what constitutes a safety issue. And according to the Briton, it is “very easy” to play the safety card “because, theoretically, it is not subject to a vote in the Commission or the World Council”he added. “I think something can be done but I think it just has to be reasonable. The numbers that have been discussed are far too extreme compared to the reality of what could probably be done.”

Although the teams are divided, all have stressed the need for a quick resolution to the problem as they are already engaged in the development of their 2023 F1 cars. “It’s too late to redesign next year’s car today. If they’re talking about the 25mm increase in floor height, that’s completely different aerodynamics.”a conclu Horner.