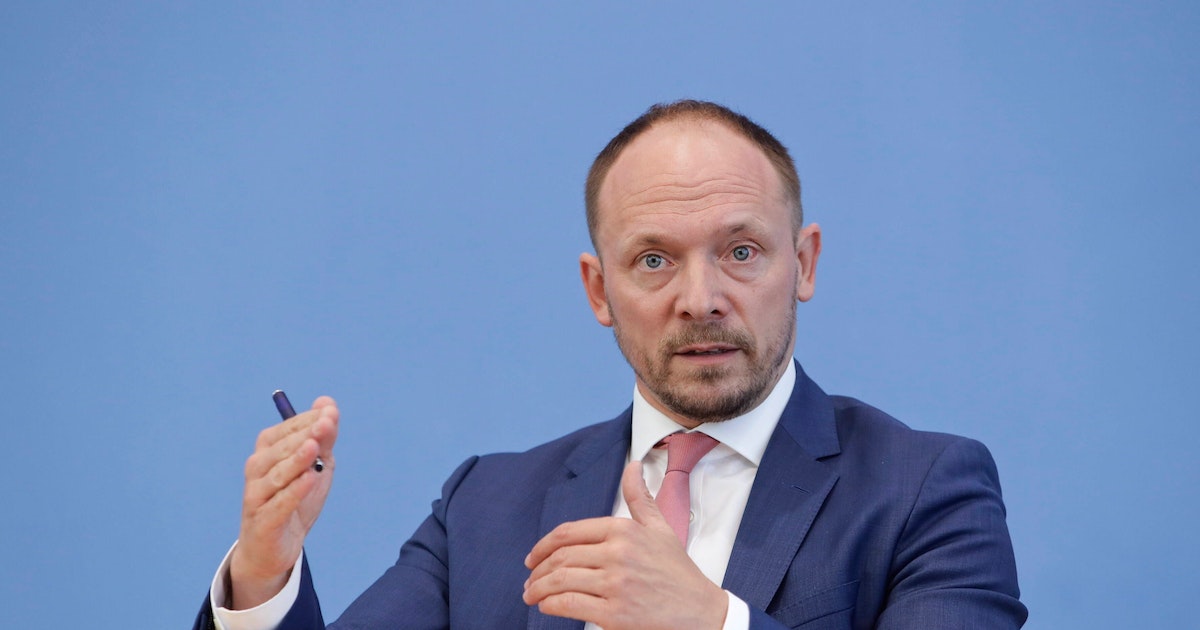 Berlin – The Federal Government’s Eastern Commissioner, Marco Wanderwitz, has been heavily criticized for his attempt to explain the success of the AfD in East Germany with “dictatorship socialization”. He sees himself confirmed by the election results in Saxony-Anhalt. A conversation about the effect of his frontal attack, mistakes of the CDU and the problem with the Eastern identity.

Mr Wanderwitz, you brought the socialization of voters in the SED dictatorship into play as the reason for the AfD’s success in the east. In Saxony-Anhalt, however, it was primarily the younger AfD who voted, who had little or nothing to do with the GDR. Were you wrong?

The over-60s voted the least, and we see the highest proportions among 30 to 60-year-olds. I meant exactly these age groups. And not all of them, just a few. There are 30-year-old men who have never experienced the GDR live, but who have adopted certain democratic-problematic thought patterns from their parents. It certainly has a lot to do with the transformation process after 1990, there are still wounds. That was neglected in my statements in the FAZ podcast.

How did you come up with the word “dictatorship socialized”?

I’ve been thinking about whether there is a better word since the debate. But it corresponds to my observations from 25 years of politics in Saxony. We are dealing with the consolidation of difficult convictions that worry me and that have to do with the political culture of the GDR. Let me mention black and white thinking or the susceptibility to simple “truths” as an example. I am shocked how many people have no problem voting for an openly right-wing extremist party.

But the AfD is not banned. The Görlitz sociologist Raj Kollmorgen says that many people vote for the AfD because it has changed their view of the East and has forced politics to focus. Is that correct?

I really appreciate Raj Kollmorgen. But it can’t be that 15 to 20 percent say: I have something to push through, let’s vote for right-wing extremists again. That is not possible. If you are annoyed about the energy policy, then you don’t have to vote for Nazis!

You also said that part of a generation was lost to democracy. Is that a political approach to saying we’re copying you guys?

Basically, of course, no one is lost. But I think of the people who stand at the B96 with the Reich war flag and shout their hatred. They can no longer be reached. The vast majority despair of the fact that we are only looking at the AfD and their voters, at which points their positions could be approached. They say: take care of us!

The AfD boss Tino Chrupalla said that a coalition of the AfD and CDU was the job of the voters in view of the election results in Saxony-Anhalt. Could the firewall topple?

91 percent of the CDU voters in Saxony-Anhalt say: no coalition or cooperation with the AfD. In this respect, what Mr Chrupalla is saying is not true. And it is also becoming established in the party that the AfD will not de-radicalize itself. It is a radical right-wing party, so you have to keep your distance.

How can you reach the young people who vote for the AfD?

By strengthening political education. We are also dealing with a demographically deformed society. The year before last I had a round class reunion in Bernsdorf, so many from my high school graduation class in 1994 left Saxony. Not so many from the secondary school year. We lost 3.8 million people again after 1990 through emigration, mostly young, mobile, well-educated people. You now live in Bavaria, Baden-Württemberg, Lower Saxony. Very few come back. It is different with the younger ones, they are more likely to go to Leipzig if they do.

READ  Who are the imams insulting by leaning their backs on?

The under-30s who strongly vote AfD have gone through the local education system.

But they have families that are heavily influenced by the GDR. Some of them are problematic. But it must also be said that we have not always been so united in dealing with the right. There was also a problem in my group. Many programs that strengthen civil society actors have only emerged in recent years.

Do I hear self-criticism from the CDU?

Yes. It starts with the probably well-intentioned but counterproductive statement by Kurt Biedenkopf from the nineties that Saxons are immune to right-wing extremism. And it goes on through a culture of displacement. We’ve been too lenient for too long. If I look at the NSU, Sturm 34, National Socialists Chemnitz, Skinheads Saxon Switzerland: They are all still there and so are their surroundings. We see that in Vogtland, where the III. Weg Widmacht, or in Chemnitz the Free Saxons, these are groups that get five percent of every election, and they are to the right of the AfD.

When did you realize that the demarcation to the right is not strong enough?

The NPD was too big in Saxony, too, but there was the firewall. There was a demarcation that nobody questioned. It’s different with the AfD. That collapsed at the height of the refugee crisis, and suddenly too many ordinary people shared the AfD’s xenophobic theses. And for me that was a point where I said I had to be clearer, even at the risk of it becoming more uncomfortable.

But if you think about the susceptibility to right-wing extremist theses, don’t you have to talk more about the specific causes after 1990, job cuts, personal humiliations?

I have a lot of understanding for the people who lost a lot after the peaceful revolution, and sometimes had to completely reinvent themselves several times. But it annoys me when some people want to turn it into a kind of demarcating identity. This can also be seen in the bridges to Poland and Hungary, where they are fraternized in their rejection of western free-liberal democracy. Then it says: We are different, we are not effeminate and diverse. That worries me.

The majority of all voters in Saxony-Anhalt, across the parties, feel they are second-class citizens. How do we get away from it?

We should bring in a positive East German identity, we are no longer the old Federal Republic of 1990, we have brought so much into this common Germany, issues such as family, women, education. We also have to make it clear where there is no longer any reason to feel disadvantaged. In terms of pensions, we have reached 97.9 percent West level, that’s no longer an East-West issue.

Has the CDU in the east been strengthened for the federal elections through the success in Saxony-Anhalt?

The old saying that you can lose elections in the East still applies. In the greater west we are primarily dealing with the Greens and in the east with the AfD. That will be a challenge because of the content the Are antipodes. We have to find answers that are equally accepted in East and West. And of course: Reiner Haseloff’s word will carry even more weight.