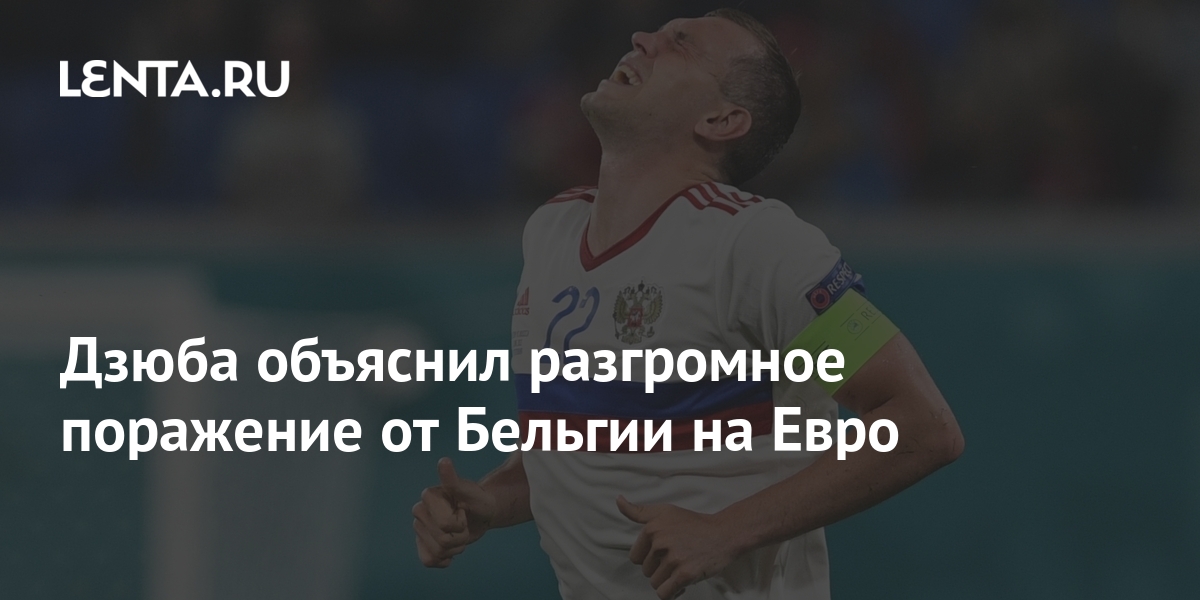 Forward of the Russian national football team Artem Dzyuba explained the devastating defeat from the Belgian team at Euro 2020. His words are quoted by the website of the Union of European Football Associations (UEFA).

The footballer said that the Russians started the meeting well and thought that they could achieve a draw. “But then a stupid mistake changed everything, and it was extremely difficult to return to the match with such a strong opponent,” Dziuba explained.

The forward noted that Romelu Lukaku, who scored two goals against Anton Shunin, “was probably shocked to see how the team was defending.” “We defended badly. Such good teams as Belgium do not forgive mistakes, ”Dziuba stressed.

Earlier it was reported that the former first racket of the world Yevgeny Kafelnikov appreciated the game of the Russian national team at Euro 2020. “Disgraceful,” he wrote during the match with Belgium.

The Russian national team set an anti-record in the European Championship, losing to the Belgian team with a score of 0: 3. This is the biggest home team defeat in the history of the tournament.

The match took place on June 12 at the Gazprom Arena in St. Petersburg. The goals scored were scored by Lukaku, who made a double, and Tom Meunier.

On June 16, the Russian national team will play with the Finnish national team. The match will take place at 16:00 Moscow time.

More interesting news we have in “VKontakte”