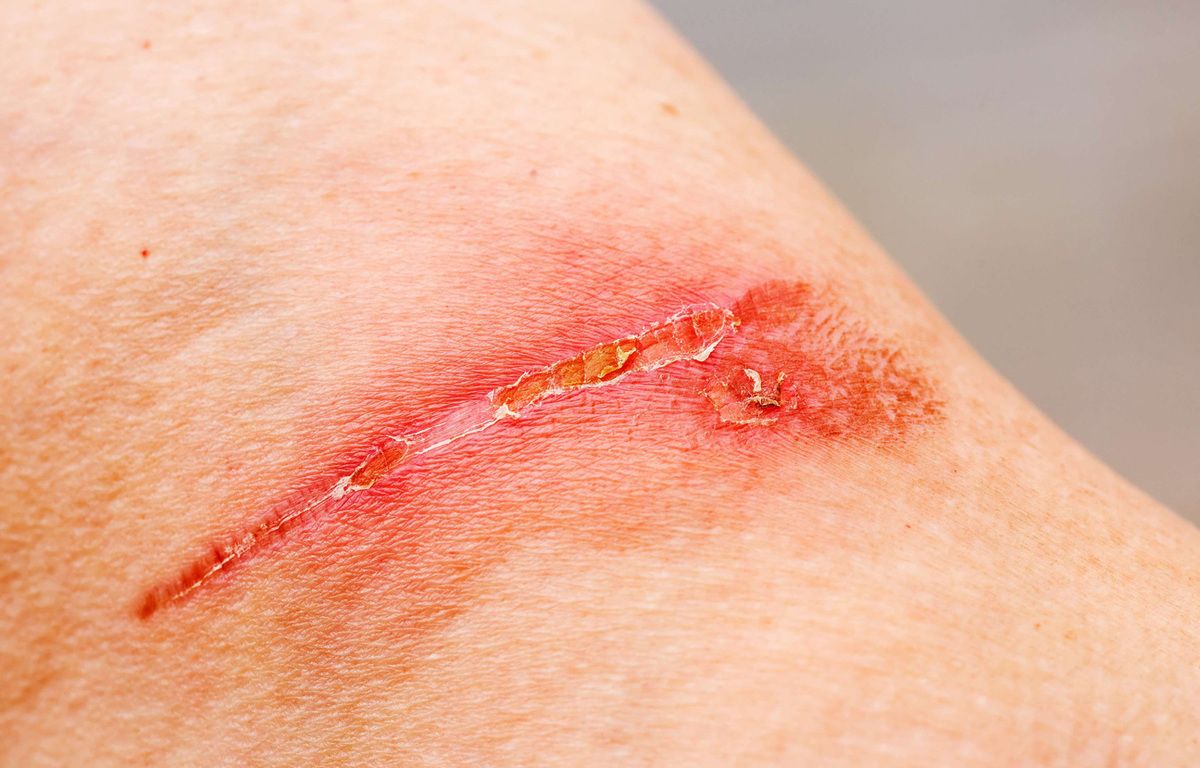 During a barbecue, with a candle… How to react when you get a little burn?

Take out the flip flops and sunscreen, it’s finally summer. The blessed season for holidays, swimming and aperitifs, which will delight Julyites and then Augustians (not to mention the “Juneists” and the “Septembrists”).

A privileged moment to let go and savor the dolce vita to the rhythm of barbecues, candlelit evenings or scooter rides. But between the glowing embers, the dancing flame and the boiling exhaust pipe, the risks of burns are in ambush. Thus, approximately 8,000 people are hospitalized in France each year for burns. And even if they are superficial and not very extensive, they can be extremely painful and require proper care. Between good reflex and gestures to proscribe, 20 Minutes gives you the steps to follow.

There are three types of burns. “In the first degree, when you have very red skin, for example after a big sunburn, describes Dr. Catherine Oliveres-Ghouti, dermatologist. In the event of a burn by a heat source, when taking a dish out of the oven or if you touch the grill of the barbecue, for example, or the soleplate of the iron, it is generally a second degree burn. . The skin lifts, blisters and it hurts a lot. Finally, there is the deep second degree burn, continues the dermatologist, which can be done in summer, on a scooter or motorbike, when you are dressed shorter and lighter, and you burn yourself. your leg against the hot exhaust pipe, the temperature of which can approach 500°C and fry your skin. There are also all the domestic accidents with burns caused by boiling water or oil”.

In any case, “the first instinct to have is to run your burn for at least fifteen minutes under cold water (at around 15°C), to prevent the burn from going deeper into the dermis, prescribes Dr Isabelle Rousseaux, dermatologist. On the other hand, if it is more extensive, if it is very important but that one does not feel any pain, one goes to the hospital ”.

See also  Tiger mosquitoes are also settling in the city: here are the right things to keep them at bay

When the burn is superficial, “red but without blisters, it is treated with a healing cream such as biafine, cicalfate, cicabio or bepanthene, recommends Dr Oliveres-Ghouti. If it is deeper, after passing it under water, it is gently dried by dabbing gently with a clean cloth, then a compress is applied to protect it. In case of blisters, I recommend treating the wound with “Ialuset Plus cream”, a colloidal silver-based cream, to avoid superinfection. It is applied in a thick layer, which is covered with a compress and a bandage, to keep the wound clean, not exposed to the air. And we redo this treatment every day, taking care to simply clean with physiological serum that we will dry by dabbing gently with a compress. Hence the importance of having another good reflex by slipping these few products into your first aid kit,” emphasizes the dermatologist.

Fortunately, “in the event of a small superficial burn, the skin scars fairly quickly, in a few days, indicates Dr. Rousseaux. On the other hand, if it is more extensive, that it is very important but that one does not feel any pain, or if the wound heals badly and seems to be infected, one consults immediately, ”she prescribes.

Put “butter”, “toothpaste”, “ice” or even “bleach” to relieve a burn: between grandmother’s remedies, the neighbor’s good advice or our friend’s suggestions common Internet, the bad ideas to relieve a burn are legion. And better not trust it. “Above all, we avoid!, insist together Dr. Oliveres-Ghouti and Dr. Rousseaux. The biggest risk with burns is that they get infected. So putting a fatty substance or any other substance that is not sterile is to be avoided. Ditto for bleach, irritating, which in addition to the burn by a heat source can lead to a chemical burn”. As for the ice, it is a false good idea which risks increasing the pain tenfold. “And if blisters appear, it is important not to pierce them, at the risk of having even more pain and superinfecting the wound”, says Dr Oliveres-Ghouti.

In addition, if honey is touted for its healing and antibacterial properties, spreading your wound with the jar where you dip your licked teaspoon every morning is not the best reflex. But if you want this natural treatment, bet instead on an officinal honey, and after seeking advice from a health professional.

And as soon as the wound has healed, “especially in the middle of summer, we do not expose it to the sun, adds Dr. Rousseaux. Otherwise, you risk post-inflammatory hyperpigmentation of the skin, an irreversible dark spot. So if you’re in the sun, you cover your healed wound under clothing or a good layer of sunblock.

It happened to them

Every year, as soon as the good weather returns, Hamid and his family adopt their summer habits. “We dine on the terrace, which is lit by candlelight when night falls,” says the father of the family. That’s what we did one evening last summer. When I got up the next day, I saw that a jar candle had been burning all night and I wanted to put it out, he recalls. But I blew too hard, and the hot wax at the bottom of the pot splattered my face and forearms. The pain – sharp – was instantaneous. Luckily I was wearing my glasses because they protected my eyes”.

In the aftermath, Hamid “run cold water over the burns, for at least ten minutes. Then I put Biafine, it seems to me. I was in pain, but I went to work. And chance did things well: a friend came by and asked me what was in my face. He said to me: “don’t move, I’m calling my sister-in-law, she has the gift of cutting the fire”. He called her in front of me, gave her my first and last name, then he took my picture and sent it to her. And she did her thing right there on the phone. The pain was still throbbing at me, and I had bright pink skin. And a few minutes later, I no longer felt any painful sensations. Thereafter, my burns did not blister, the wounds healed very quickly, in a few days, and I did not keep any traces on the skin. I had heard of fire cutters before, but I wasn’t sure what to make of them. You have to live it to take the measure of this gift, which works, even if the doctors do not know how to explain it “

“It’s true, confirms Dr. Oliveres-Ghouti. No study has demonstrated either the effectiveness or the mechanism of action of fire cutters. But many patient testimonials report their benefits. Moreover, hospitals call on them to take care of patients burned during a domestic accident or after treatment with radiotherapy, or who suffer from shingles. We don’t know if it’s a placebo effect, and it doesn’t work for everyone. But if you know one, I don’t see any harm in giving it a shot. After having first adopted the right gestures to stop the burn! »