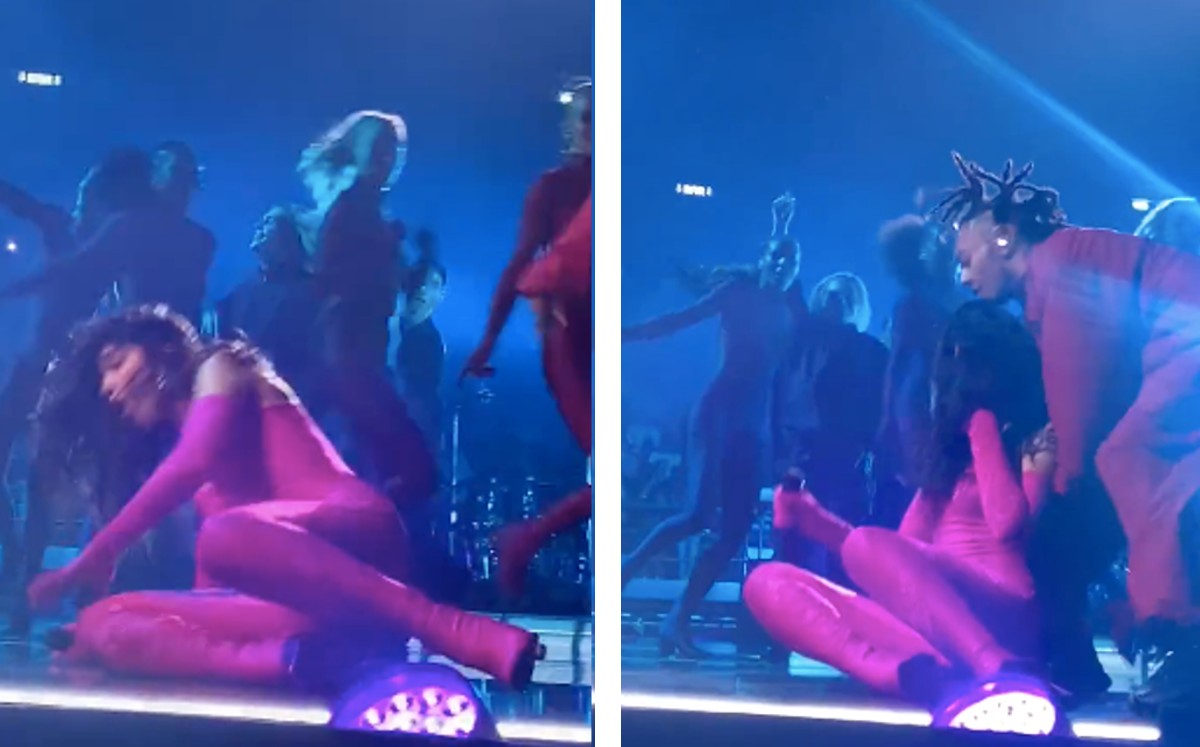 Dua Lipa suffers a fall on stage and her playback is discovered. VIDEO

Tremendous disappointment was the one that caused the singer a few days ago Dua Lipasince when suffering a accident on stage during a live concert, it was discovered that he was performing playback.

During one of her performances, she slipped and fell to the floor, and although one of her dancers quickly helped her up so she could continue singing, it was noticed that while she was on the floor, the voice on the floor continued to run.

This happened in Milano, Italyat a concert part of his ‘Future nostalgia’ tour, and was a journalist named Matteo Zorzoli who shared the video on social networks.

Video of the fall of Dua Lipa

Dua Lipa was walking and jumping around the stage while singing one of her songs, she slipped on that. Here we show you the video:

Some fans were upset when they noticed the playback, but another did not notice and applauded him for continuing with his show despite the fall.

It is not the first time that the singer of ‘Levitating’ is singled out for lip-syncing in her presentations, because this year in New York he dropped the microphone and that same trick was also discovered.