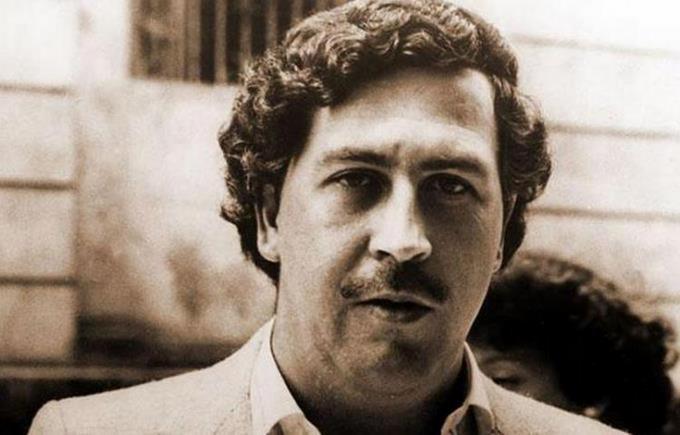 Three decades ago the obese and shot body of Pablo Escobar was left on a roof in Medellin. Drug trafficking continued without him and today in his cradle markets for flavored cocaine, drugs and ketamine-based hallucinogens abound.

The squares or drug stores are in sight. “Easy access? Yes, absolutely. In Medellin, you can find it anywhere. You even find drugs on the floor”, Manuel Morales, a 32-year-old engineer who describes himself as a “chronic user” of basuco, a derivative of coca base similar to crack, tells AFP.

Shakily, Morales inhales his dose from a bong made from PVC pipe. A sweet smell invades the sunny Friday afternoon in San Antonio Park, a meeting point for consumers of the cheapest drugs on the local market. Pedestrians and police officers watch the scene.

“I’m a little nervous about the substance, really one neglects and takes it all away,” admits the engineer, who until four months ago was practicing his profession.

Now his belongings fit into a threadbare briefcase, and when he can’t get three or four dollars together to have an inn, he sleeps on the streets.

His debacle began in a “vice square” where addicts, occasional consumers and drug resellers in Medellin are supplied. Ten years ago there were 160 drug smuggling points, according to the police, but independent studies estimate that today the figure is around 800 “places.”

In 2013, 3.5% of Colombians said they had taken illegal substances at some time. For 2019, the year of the most recent study, the figure jumped to 9.7%, according to the state statistical entity. With 2.2 million inhabitants, Medellín is the city with the highest percentage of consumption (15.5%).

The country that supplies the most cocaine in the world faces, behind closed doors, the “microtrafficking”, the retail sale of illegal substances. Although “when you talk about the micro it sounds very small”, clarifies Luis Fernando Quijano, from the NGO Corporation for Peace and Social Development (Corpades).

But in reality -he warns- it is a “internal drug trafficking and it is a business that is billionaire”.

The Medellin mayor’s office calculates earnings of up to 75,000 dollars per month per shop or place, the equivalent of about 300 minimum wages.

With the support of the United States, Colombia went on the hunt for the big gangs and shipments, pushing traffickers to organize an internal market for cheap and lower-quality drugs.

“A concentration of the product was generated (…) that could not be exported due to this strong anti-drug policy,” explains toxicologist Juan Carlos Sánchez.

Iván Duque’s government associates micro-trafficking with urban insecurity. Since 2018, more than “2,500 people have been killed” due to disputes between gangs, according to Police General Herman Bustamante.

But in Medellín the figures reveal a paradoxical phenomenon. While in 1992, during the persecution of Escobar, the homicide rate was 350 per 100,000 inhabitants, last year it was 15.5.

“There is much more mafia peace than institutional peace,” says Quijano, who denounces a “pact” between drug traffickers and some authorities so that the gangs do not generate more violence in exchange for them being able to operate their plazas.

“When seizures are made (…) many times it is not the product of (police) intelligence, but rather they are handed over (by drug traffickers) to maintain the idea that everything is working well; that the security strategy works,” add.

Without revealing a number, General Bustamante points out that, in effect, “police involvement has been detected” in the business and have already “been captured” for prosecution. But “as long as we have consumers (…) criminals will see a business opportunity,” she emphasizes.

In 2018, the then mayor of Medellín, Federico Gutiérrez, accompanied an operation with almost a thousand police officers to destroy the main downtown drug market known as “El Bronx” with a bulldozer. Uniformed with rifles, they evicted some 500 people who were buying and consuming narcotics.

Since 2021, the government has demolished at least 129 drug houses. One of these operations cost the Pereira city police commander his job, who passed off a building that had been abandoned for several months as a “square.”

Gutiérrez, meanwhile, is the right-wing candidate for the presidential elections on May 29. In his plans is to toughen the fight against “micro-trafficking”. His main opponent, the leftist Gustavo Petro, a favorite in the polls, treats consumption as a public health problem.

When he was mayor of Bogotá (2012-2015), he set up a medical post in front of the “Bronx” in the capital. The program was cut short when one of the officials was assassinated by local mafias.

In Medellin, “El Bronx” operates 24 hours. Young people shouting the “blones” (marijuana cigarettes), the “rocks” (cocaine) and the “wheels”, Clonazepam pills, a psychiatric drug that causes sedation and temporary amnesia. Other squares offer ecstasy and “tusi”, the fashionable drug made with ketamine, mescaline and ecstasy.

Although banned in some “squares”, low-quality heroin also circulates in the city. Each gram costs about 2.5 dollars. Julián’s discolored skin tightens over the bones of his face, betraying his addiction to that substance. “Before you didn’t see people injecting themselves in the street, syringes thrown away. We were few and very careful,” he remarks.

As night falls, he meets his supplier in a crowd in a park. The transaction takes seconds. He needs to inject himself four times a day to be “relieved”.

In another “square”, engineer Morales finishes his last shots of basuco before the carefree gaze of two policemen on motorcycles.