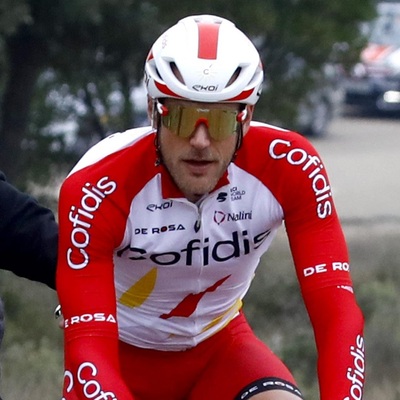 Drucker has to say goodbye to cycling

11.01.2022  | (rsn) – For several weeks now the signs have been pointing to goodbye, now it’s official: Jempy Drucker has decided to end his career after eleven years with the professionals. After a season at Cofidis, the 35-year-old Luxembourger had not received a contract extension from the team management and was unsuccessful in the subsequent search for a new employer.

“As a cyclist, I would have liked to have said goodbye in a better way, with a good season and a suitable race. The last few months have been marked by hope, by waiting for a new chance. Unfortunately, the decision was not in my hands. Now there is no other option but to say goodbye to cycling. This is the end of my cycling career. That’s it, “wrote Drucker in a long suicide note, which he published on Twitter.

The former cross specialist switched from the Belgian Fidea to the Luxembourg Differdange team at the end of 2008 and became a professional in 2011 with the Belgian second division Veranda’s Willems. Drucker signed his first contract with a team in the first division in 2015 at the age of 29 with the BMC racing team. The following year he celebrated the biggest of his six victories as a professional on the 16th stage of the Vuelta a Espana.

He got the last one in 2017 when he won the 4th stage of the Tour de Wallonie. After the dissolution of BMC, he switched to Bora – hansgrohe for the 2019 season, where he was supposed to strengthen the classic faction, but was unable to meet expectations due to injuries.

Last season, Drucker in the Cofidis jersey achieved at least one respectable success when he finished second in the Luxembourg road championships. “A very nice and wonderful chapter in my life is coming to an end, but I’m already looking forward to the next one. This is the last page. Goodbye and thanks to everyone for the trip … see you soon, “Drucker concluded his letter.