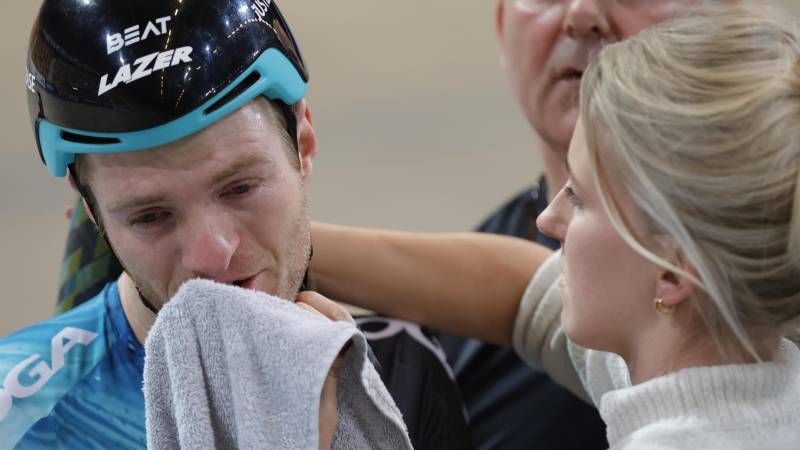 Driving around with a lump in the throat for fallen Pieters: ‘Stay strong Amy’

They were there in Spain last Thursday. They looked at each other in the hotel in Calpe, shocked at what had just happened to their colleague, their friend Amy Pieters. And they have lived with her ever since. ‘Stay strong Amy’, is the message.

And yet, barely four days after the fall after which Pieters lost her consciousness, the track cyclists got up for an NK. A suddenly insignificant and meaningless NK that has lost all value.

“I doubted whether I would ride this NK or not,” says Yoeri Havik. “But I was in touch with Amy’s family. They told me it wouldn’t make much sense to stare at walls these days.”

So Hawk, like the others, stepped up anyway. The first day was still overcome with emotions, but after that it got better. “I’m glad I did this anyway. Because she would have wanted it too.”

Pieters is still fighting in the hospital in Alicante. The latest official report, dated Monday, is that her artificial coma will be extended for another three days. With more rest, the chance of recovery is greater.

Track cyclists Vincent Hoppezak, Philip Heijnen, Daniek Hengeveld, Amber van der Hulst, Mylène de Zoete, Marit Raaijmakers, Mel van der Veekens and Havik were with Pieters at a training camp in Spain when she crashed. At the Dutch Championships they all rode with a tribute to Pieters (‘Amy’) on their cycling shorts.