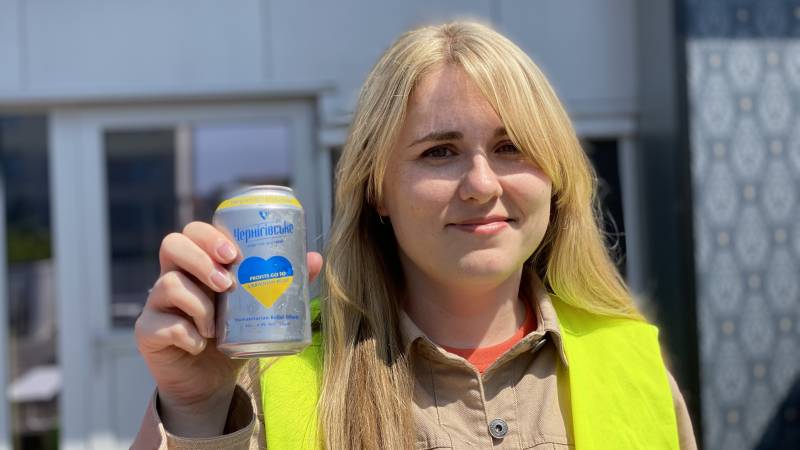 Large and small brewers are trying to come to the aid of Ukraine with various actions. The campaigns all revolve around the same idea: by buying specialty beer, beer drinkers help the people of Ukraine.

In recent weeks, one of the largest brewers in the world, AB Inbev, has been brewing beer in Leuven that is normally brewed in Ukraine: Chernigivske. Nearly 2 million cans of Chernigivske have been produced in Leuven. It is Ukraine’s most popular lager and comes from the city of Chernihiv in the north of the country. At the beginning of the war, the city was bombed several times by Russians.

Three breweries in Ukraine are owned by AB InBev. Work has come to a standstill because of the war. The company decided to move production to Leuven and will be selling the beer in Dutch supermarkets and cafes in the coming months. Proceeds will go entirely to charities, the company promises. The aim is to make a donation of at least 5 million euros.

Some of the staff working in Ukraine have fled to Belgium. They participated in the brewing process there.

“It tastes better here than from our own brewery,” says Oksana Nesterenko, who monitors the quality of the beer and the ingredients in Ukraine and now in Belgium. She is happy that the beer is now getting an international market. “Although the cans are a bit small. We sell it in half-litre cans.”