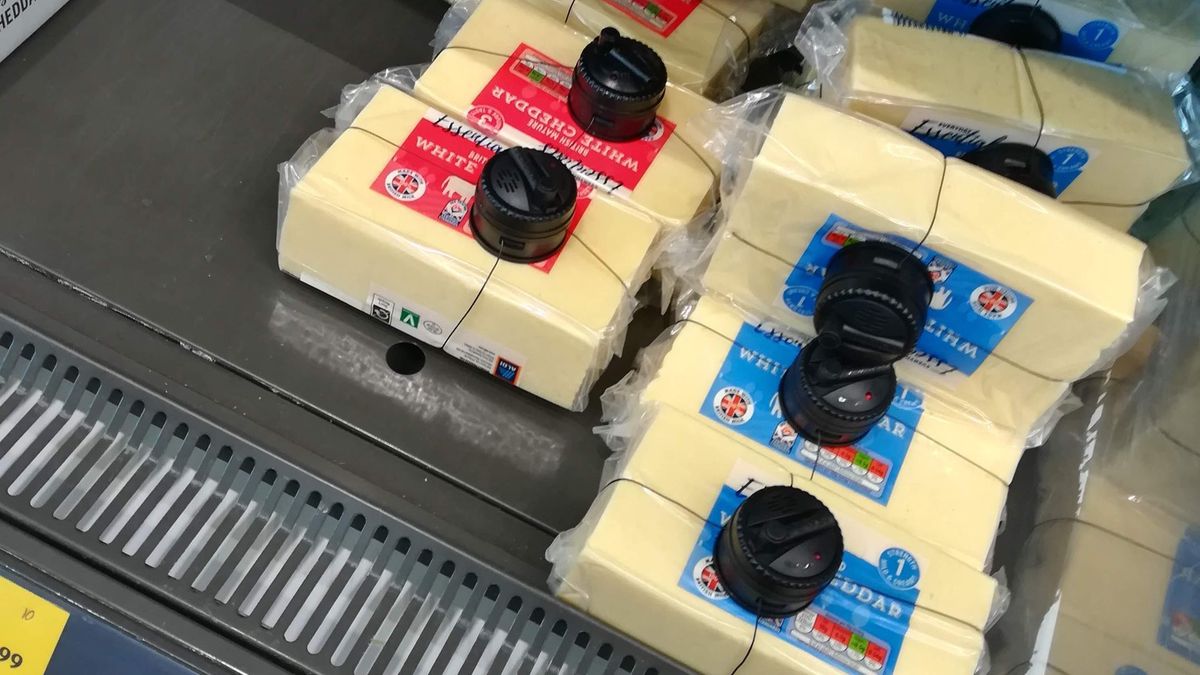 Drastic measure: Because of thieves – now dealers pack the cheese in anti-theft devices

Drastic measure: Because of thieves – now dealers pack the cheese in anti-theft devices

Shoplifting is on the rise because of rising prices. Aldi is now taking a particularly rigorous approach in England. Thefts are also increasing in Switzerland.

As prices rise, shoplifting increases. Thieves are increasingly targeting food. The problem is particularly big in England. Traders are now arming themselves against thieves.

In England, discounter Aldi packs cheese worth the equivalent of around five francs in security labels that cannot be removed by hand. This shows a photo by Twitter user Tam Herrington.

For meat, Aldi in England relies on plastic boxes, as known from PC and Xbox games. The discounter closes steaks behind showcases, as “Business Insider” writes. The British chain Sainsbury’s also put security labels on everything from toiletries to sweets in a store.

“Thieves particularly like to steal expensive products,” says the social and business psychologist Christian Fichter from the Kalaidos University of Applied Sciences. Especially when a high price is considered unjustified, the inhibition threshold to steal something decreases. “If the cheese is much more expensive, it’s more likely to be stolen,” says Fichter.

That is why theft protection is important. Experts could bypass this, but normal customers are deterred from stealing. “Many consumers are even happy to have anti-theft protection so that they are not tempted,” says Fichter.

There is also more shoplifting in Switzerland. According to the BFS, the number of cases rose by 410 to 16,752 last year. According to a spokesman, Lidl Switzerland notes a slight increase. But there is still no reason to worry. “We are currently examining various additional security measures and are keeping an eye on developments in this area,” says a spokesman.

At Migros, a spokesman said on request that the theft rate had not changed significantly since the self-checkouts. Because the situation cannot be compared to England, there is no intention to protect products better.

Especially abroad, retailers are increasingly relying on cameras with artificial intelligence. “These use movement patterns to recognize that someone is behaving suspiciously,” says security expert Gilles Tomasini. If a customer takes ten packs of razor blades from the shelf, or if a product disappears in the coat instead of in the shopping trolley, the video surveillance system automatically alerts the store detective.

During the Covid phase, professional shoplifting decreased, says Tomasini. The reason was the closed borders. “Many shoplifters, who cause high costs for retailers, are organized gangs and come from abroad. When the borders were closed, entry was only possible with difficulty. »

Since then he has heard from dealers that thefts have increased again. However, Tomasini does not believe that conditions like in England will soon exist in Switzerland. “There are gangs living off the theft, fortunately that doesn’t exist in Switzerland.” This type of crime only exists to a limited extent in regions close to the border, such as in Geneva or Basel.

Swiss shops are also upgrading. According to Tomasini, Swisscom is one of the only mobile phone dealers in the world to use wireless device security. “It allows me to move freely in the store. Something like that wouldn’t be possible in certain regions of England, because cell phones would be gone right away,” says Tomasini.