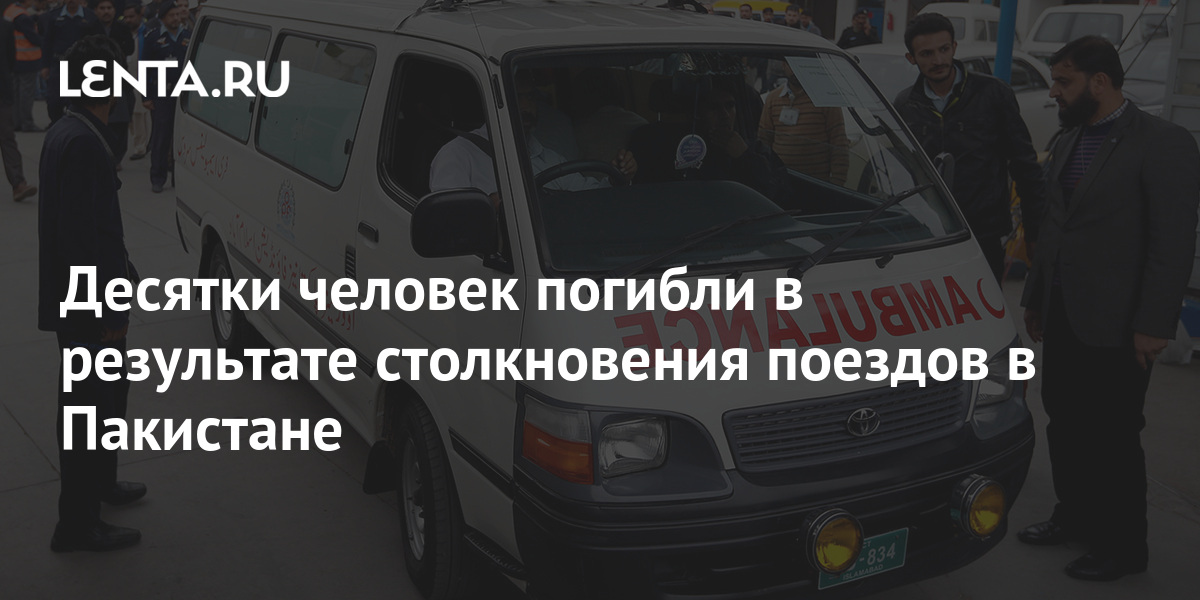 Dozens of people have died in a collision between two trains in southern Pakistan. This was reported by the Samaa TV channel.

According to local rescue services, 36 people were officially declared dead. It is noted that most of the passengers were asleep at the time of the accident. According to the TV channel, the number of victims may continue to grow, since not all of the victims were rescued from the destroyed wagons.

Prime Minister Imran Khan said he was shocked by the catastrophic train incident. “I decided to conduct a comprehensive investigation of security violations on the railway,” he said in Twitter.

Earlier it became known that two express trains collided between railway stations in the area of ​​the city of Gotka in Sindh province. According to a representative of the railways, one train crashed into a derailed second train. As a result of the collision, about 14 cars were overturned, while six to eight cars were “completely destroyed”. Rescuers arrived at the scene of the collision only an hour and a half later, so the passengers fled on their own.