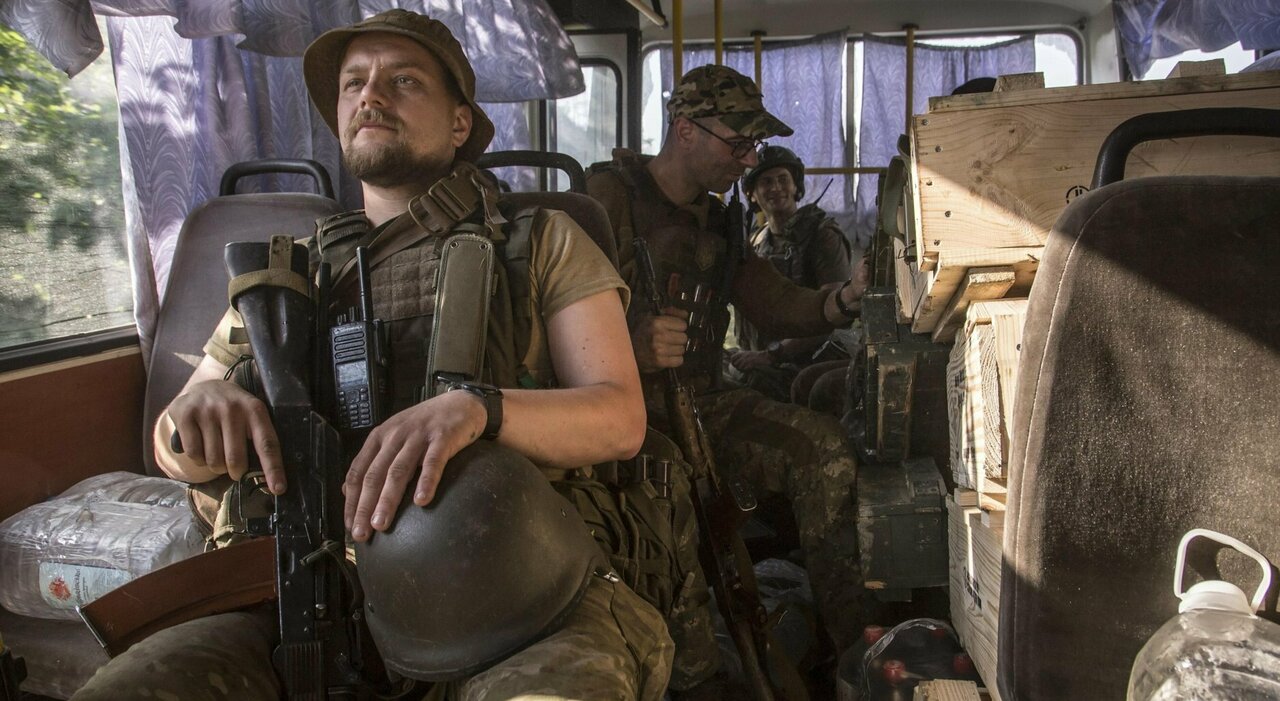 The war on the ground sees the Ukrainians withdraw from the symbolic city of Donbass where they have been fighting for several weeks, Severodonetsk. The Russians, however, are in trouble because they are advancing slowly and at the cost of the loss of men and means. A crack opens on the diplomatic front. There is an agreement to unblock the export of wheat from Ukraine. This was announced by the Turkish Defense Minister Hulusi Akar: “A general consensus has been reached on the creation of a center in Istanbul for the safe and uninterrupted operations and management of this transport activity by Turkish, Russian and Ukrainian soldiers together, as well as than with the UN. In the next few days there could be positive developments ». Ankara is playing a mediator role to allow cargo ships carrying Ukrainian wheat to depart from Black Sea ports, the lack of which risks creating a food emergency. Akar says: «The parties have real trust in our country, we are trying to use it in the most careful way».

Why is it essential that the grain does not sit still in silos in Ukraine? The Cai (Agrarian Consortiums of Italy) explains: “Europe, due to the drought and the consequences of the conflict in Ukraine, will lose about 3 million tons of wheat”. Coldiretti: “The agreement on the unblocking of ports allows Ukraine to return to export 95 percent of its grain by sea and to empty the warehouses where it is estimated the presence of over 20 million tons of cereals destined to supply both countries both the rich and the poorest where there is a risk of riots and famine ». Putin rejects the accusations: “The West is artificially inflating the hysteria about the export of wheat despite the fact that the harvest in the Russian Federation will be good”. The scenario remains complex: the Russians continue to raise their voices, to address threatening phrases towards the West. Foreign Minister Sergei Lavrov compares the EU and NATO to Hitler with a propaganda stunt, saying that “they are putting together a coalition for a war against Russia, it looks like it was when the Second World War broke out”. Maria Zakharova, spokeswoman for the Russian Foreign Ministry, speaks of “the geopolitical hoarding of the EU against Moscow”. And the pro-Putin parliamentarian Andrey Gurulyov he went so far as to say that in the event of a conflict “London will be the first city to be bombed.”

And then there is the guerra on the field. Forms of guerrilla warfare against the Russians is being used in the occupied parts of Ukraine. In Kherson, a Moscow official was killed with a bomb placed under a car. The Ukrainians accuse the Russians of also using phosphorus weapons in bombing. In the Donbass the war is increasingly violent and the Ukrainians have been forced to make a painful decision, withdrawing from Severodonetsk. “Staying in positions that have been relentlessly bombed for months makes no sense. The city was almost reduced to rubble. The loss of Severodonetsk is a loss for Ukraine in the sense that any land captured by Russian forces is a loss, but Severodonetsk will not be a decisive battle. Russian forces have made substantial gains in the Severodonetsk-Lysychansk area in recent days and Ukrainian troops continue to suffer heavy losses, but the Ukrainians have basically achieved their goal by slowing down and degrading the Russian forces “explains an analysis by Isw ( the American study center Institute for the study of war).