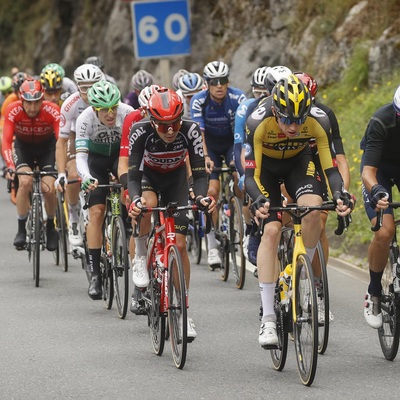 Does Evenepoel outperform the tour starters around Pogacar?

29.07.2022  | (rsn) – A week after the end of the Tour de France, a number of participants from the Tour of France are back at the Clasica San Sebastian. First and foremost is Tadej Pogacar (UAE Team Emirates), second overall, who, like third Geraint Thomas (Ineos Grenadiers), fourth David Gaudu (Groupama – FDJ) or ninth-placed Alexey Lutsenko (Astana Quazaqstan) in Paris wants to take the momentum from the tour to the Spanish Basque country.

There, the 42nd edition of the only Spanish one-day race in the top category (1.UWT) features 224 difficult kilometers over familiar terrain around the Basque metropolis of San Sebastian.

Even though Wout Van Aert (Jumbo – Visma), three-time Tour stage winner and clear winner of the green jersey, canceled his debut at short notice, the start list is top-class – which is why last year’s winner Neilson Powless (EF Education – EasyPost) will have a hard time defending his title.

In addition to Pogacar, Thomas and Gaudu, the first candidates for victory are the Belgian Remco Evenepoel (Quick-Step Alpha Vinyl / winner of 2019), the Dutchman Bauke Mollema (Trek – Segafredo / winner 2016), the Spaniard Alejandro Valverde (Movistar / 2008/ 2014) and – after his victories at Prueba Villafranca and the Vuelta Castilla y Leon – the Briton Simon Yates (BikeExchange – Jayco), who could imitate his missing twin brother Adam, who triumphed in the Basque Country in 2015.

The most promising of the German starters is probably Maximilian Schachmann (Bora – hansgrohe), who after an unfortunate start in the Tour de France got better and better last week and who should be better suited to the hilly course with the not too long climbs than his teammates, for example Emanuel Buchmann, who is contesting his first race since the German Championships, or Jai Hindley, who is back in the field for the first time since his Giro triumph at the end of May.

The Austrian Patrick Konrad, like Schachmann already in action on the tour, could be another option at Bora – hansgrohe, after all the 30-year-old finished sixth in San Sebastian in 2019. If he has kept his tour form, Freiburg’s Simon Geschke (Cofidis) is also a candidate for a top placement. 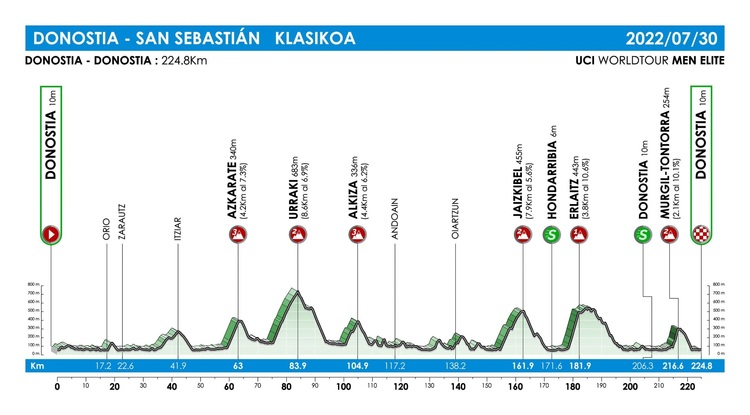 The route of the Klasikoa Donostia – the Basque name of the race – is practically identical to that of last year. After around 60 kilometers, on which a breakaway group is likely to form, the first of the six categorized climbs of the day awaits, the biggest obstacles are in the last Third of the race the climbs to Jaizkibel (2nd cat.) and Erlaitz (1st cat.).

From the summit about 40 kilometers before the finish, there is a long descent to San Sebastian, where the finish line is crossed for the first time and a final lap is tackled. It leads over the ascent to Murgil (2nd), the last mountain of the day and from there back down to the finish.