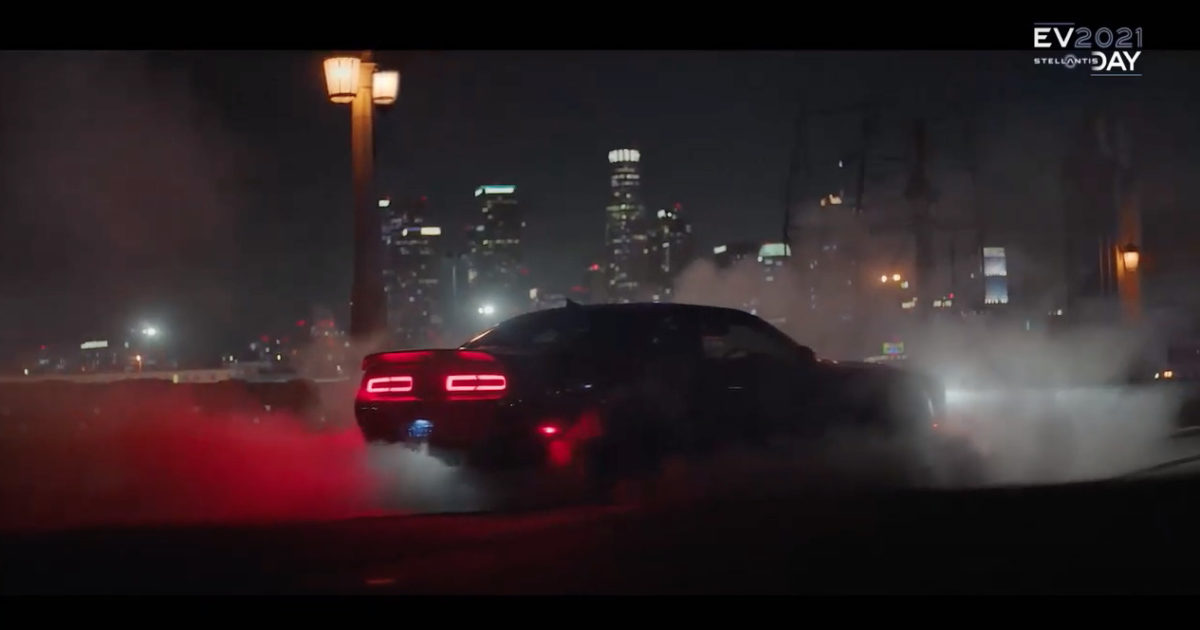 If there is a segment of cars that has the smell of gasoline impregnated that is, precisely, that of the muscle carsHowever, if there is an industry that is determined to electrify itself and leave fossil fuels behind, that is the automotive industry, so it is a surprise and no, to hear that at last the first electric muscle car will go to the production line. will bear the seal of Dodge.

The brand aims to put itself at the forefront of automotive technology with its first fully electric model in 2024, which will not be just any vehicle, but precisely, the first muscle car in the world that works with batteries.

Without giving too many details about the future model or revealing its final design, it is hoped, it could not be otherwise, that it is based on the brand’s most famous muscle car, the Challenger.

Likewise, it is estimated that it will be produced on the new Stellantis STLA Large platform. The auto conglomerate claims that vehicles built on the platform will be able to generate a maximum of 886 horsepower, travel 500 miles on a single charge and accelerate from zero to 100 kilometers per hour in two seconds, according to Autoblog.

If this is true, the next EV would be even more powerful than the current top-of-the-line Challenger, the SRT Superstock, which is equipped with a supercharged 6.2-liter high-performance HEMI V-8 and can generate 808 horsepower and 707 feet. pounds of torque.

In a short video presentation, the brand’s CEO, Tim Kuniskis, said: “Our engineers are reaching a practical limit of what we can get out of internal combustion innovation.”

“They know, we know, that electric motors can give us more. And if we know of a technology that can give our customers an advantage, we have an obligation to adopt it. “