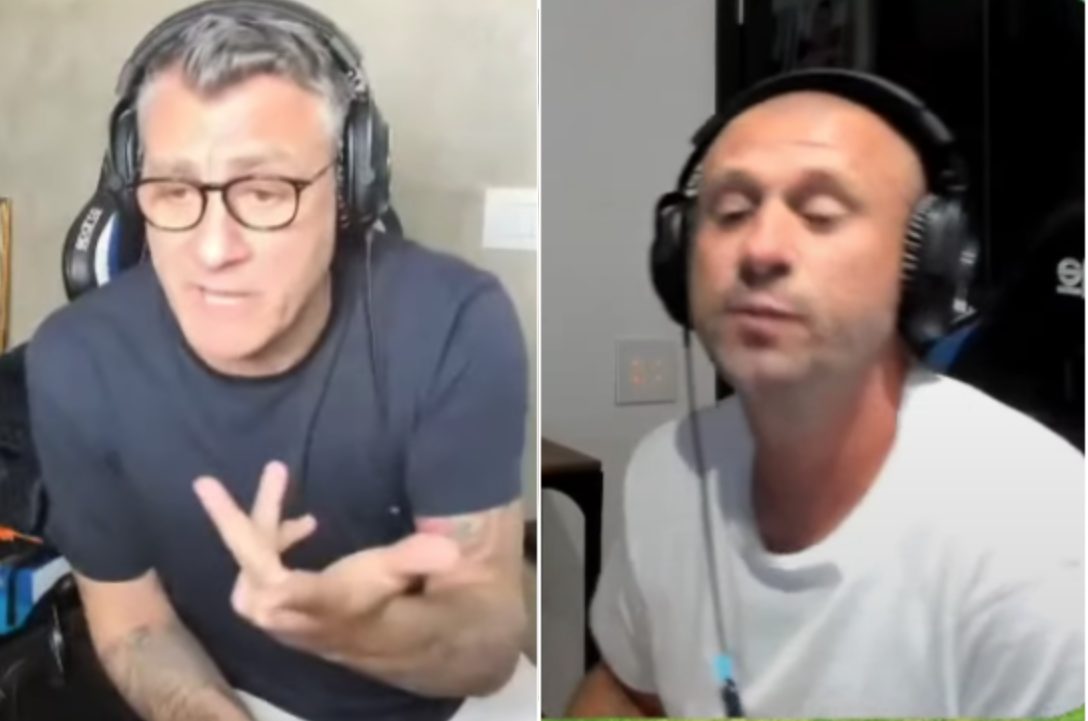 Do you understand Italian or not?

Real Madrid’s victory in the Champions League has once again fueled the debate on Bobo TV between game and result. This time, however, Vieri responded in kind to Antonio Cassano.

The Champions League 2021/2022 once again ended up on the bulletin board of Real Madrid. Yet another career masterpiece for Carlo Ancelotti, perhaps the most unexpected since there were teams that seemed at least on paper better equipped and started with the underdogs in the knockout matches against the merengues. Yet the Spanish team’s attitude to win, and his star talent made the difference. Just think of the final, with the Liverpool who certainly “made” the game, but then came out defeated by measure by virtue of the goal by Vinicius and the saves of Courtois.

With the games done, the time has come for the balance sheets and also for the comments on this edition of the tournament. Among the various components of the Madrid success, there are those who especially emphasized the weight of “luck”. It is once again about Antonio Cassano, who reiterated his thesis. On the occasion of the last live broadcast on Bobo TV, the former striker highlighted how according to him Ancelotti’s team did not play “a decent match“from the second round onwards. Pointed therefore, on the luck that accompanied the winners of the fourteenth Champions Cup in their history.

FantAntonio therefore brings out a great classic, rekindling the debate between game and result. While acknowledging the remarkable individual qualities of the Spanish team, and above all the talents of Benzema and Modric, Cassano has no doubts: “There are coaches who won champions’ cups and championships there and then went home the following year. To make yourself understood, there you have to show the beautiful game. This year in the Champions League they have never shown Bobo, with a team like that you made people laugh… Then later you win the Champions Cup. Bravo, you are in history“.

Real Madrid’s secret weapon is another Italian phenomenon: celebrated in the locker room

When brought up, Bobo Vieri has shown that he has a very different opinion from that of his companion in adventure. His colorful analysis is based on the entire path of Real Madrid, who managed to overcome tough obstacles like PSG, with an exceptional comeback: “But forget it, but what does it have to do with it. We are talking about something else. You are what you always say ‘3-0, 2-0, uhm you have to score more goals because at the Bernabeu it is long, difficult and nothing is enough to reopen and ignite the games’ and that’s what happened to them at home. So PSG f ** k, forget the penalty you can miss it, but for the chances you have had you have to do more, and in Paris you have to score more goals, if you want to pass with them because you know what they do to you. and it is not the first time”.

And when Cassano also brings up the double confrontation with City and the “bad luck” of Grealish able to miss a goal that seemed to have already been scored, Vieri “explodes”: “Grealish? What the fuck do you want from me? But you want to put Grealish with Benzema? Are you kidding me? You can dribble the goalkeeper and whatever the fuck you want, but you have to score. They paid you 115 million but throw it in. So my friend do you know what you have to do? Put the ball under the seven instead of catching Mendy who turns the other side dear Antonio Cassano and instead of kicking for ca ** o, piazzala”.

The discussion then moves from the present to the past, with the reference to the tenth Champions League won by Real Madrid. On that occasion, a goal from Ramos in time allowed the merengues not to capitulate against Atletico, and then to go on to win. Also in this case Cassano speaks of chance: “In that case it was Godin who marked him as a man. What happen? Two seconds! Two were missing! “. And Vieri’s answer is once again decided: “Yeah yeah, stick the two seconds in your ass. Meanwhile, Ramos arrived, who scored 200 goals in his career and scored. Did the best jumper in Atletico mark him? Don’t worry, grullo. Where does Ramos play? In Real Madrid, but then you played there eh, there were van Nistelrooy, Ronaldo, Zidane there were no sixth category players. Even if they suck, you know that on a Roberto Carlos cross, anything can happen. “

In closing, everyone seems to remain on their position, with Cassano who, to corroborate his thesis, withdraws the debate between game and result: “Let’s talk about mister Champions Ronaldo, he goes to Juve and never wins again. How come? There must be a reason? He deservedly went out against Lyon, Porto etc. so I say, those teams knock out Juve with Cristiano who scored 150 goals. Then there is a coach who trains the greatest team in history, and is slapped in the second round, quarterfinals, semifinals and finals, and wins. So you go after those who only think about the result, I don’t give a damn about the titles etc. I say good, but I am not following the results, they were caught with balls “.

While acknowledging that perhaps Real would not have deserved the “points” against Liverpool and in previous matches, Vieri comments explaining his point of view: “But they have these players who solve the game with their play. My opinion is the same as yours, do you understand my italian or not? I saw Liverpool dominating, but in the end I say you have many chances in front of the goal and you never do. And Benzema’s goal canceled at Real? So they had already scored in the first half, so you talk and talk but what are you talking about. The others take poles, cleats, body etc, and he scores goals instead. “