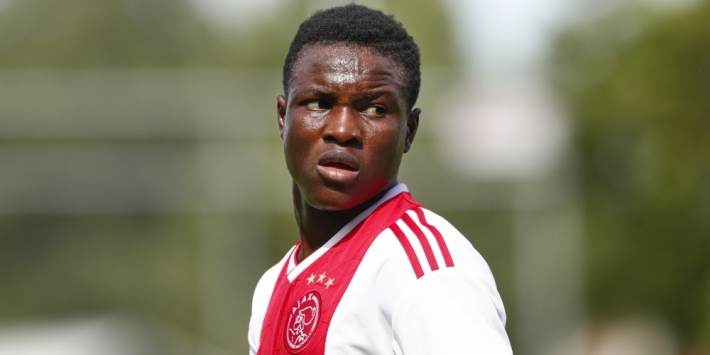 Do you remember him? Ajax flop Bandé match winner at Africa Cup

January 13, 2022 – Burkina Faso took an important step towards the knockout phase of the Africa Cup on Thursday evening. The Burkinese were 0-1 too strong for Cape Verde in Yaoundé. The match winner? Hassane Bande.

Yes, Bandé, do you remember him? Ajax took over the attacker from KV Mechelen in the summer of 2018 for no less than eight million euros. Partly due to injuries, Bandé played less than a minute for the team from Amsterdam. At least not in the first team. For the past year, he has been loaned to NK Istra, the number one in the Croatian league.

Although Bandé’s career is not exactly on the rise, he is part of the Burkinabe squad for the Africa Cup. In fact, he appeared at the kick-off against Cape Verde (with Jeffry Fortes, Jamiro Monteiro, Garry Rodrigues and Lisandro Semedo, among others). The confidence of the national coach repaid Bandé doubly.

After 38 minutes, Bandé scored the only goal of the game. The Ajax mercenary worked a cross from Issa Kabore against the ropes with his chest. With Bandé’s winning goal, Burkina Faso equalized in points with Cape Verde. In the last game, Bandé and his teammates face the still scoreless Ethiopia. Cape Verde still plays against host country Cameroon.