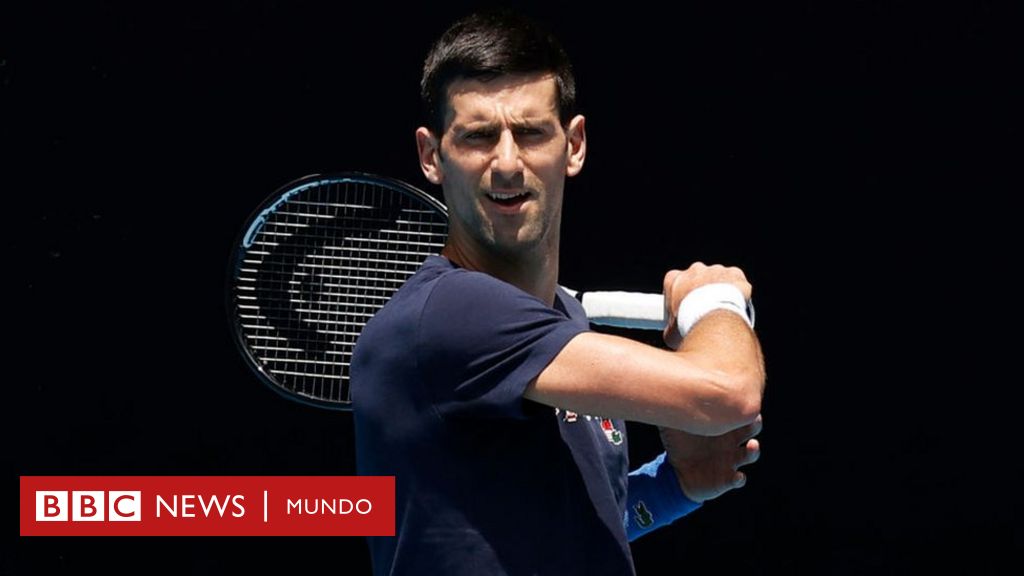 The controversy surrounding Novac Djokovic’s participation in the Australian Open takes another turn.

This Wednesday the tennis player acknowledged having made mistakes when filling out the documentation to enter the country and admitted to having violated the quarantine rules when meeting with a journalist despite having tested positive for coronavirus in December.

He did so through a statement on Instagram, adding that his intention was to clarify the “continuous misinformation” about his movements while the Australian government decides whether to initiate a second deportation process against him or not.

The world’s number one hopes to play in the Australian Open, which begins January 17, but his participation has been compromised by all the controversy surrounding his visa.

Djokovic is not vaccinated against covid. On January 6, after landing in Australia, it was revoked his visa due to alleged irregularities regarding the immunization exemption that would have allowed him to enter the country.

That exemption was based on the player having tested positive for covid days before traveling to Australia.

Last Monday, however, Judge Anthony Kelly reversed the revocation of his visa and ordered the release of the player, who has since been in a hotel that houses migrants and asylum seekers.

But nevertheless, the government has not ruled out further action and there is still the possibility that the tennis player’s visa will be canceled again a few days after the start of the tournament.

Alex Hawke, Australia’s immigration minister, could cancel the visa on the grounds that previous covid infections do not count as an exemption. They could also be revoked for “formal errors” in their immigration arrival form and possible violations of Serbia’s anticovid measures.

If Djokovic were to win the Australian Open it would be the 21st time he has won a Grand Slam tournament and it would become the most awarded tennis player in the history of this sport.

The “mistakes” of Djokovic and his team

In his Instagram post, Djokovic assures that on December 14 he was at a basketball game in Belgrade and later learned that someone present had tested positive.

Despite having no symptoms, he writes, he had a rapid antigen test on day 16 and came back negative. “As a precaution, I also had a PCR done the same day,” he says.

However, Djokovic recognize have interviewed a journalist from the French magazine The team on the 18th, when I already knew that I had tested positiveby coronavirus, because “I didn’t want to disappoint him.”

“I made sure I kept social distance and wore a mask except for taking pictures,” he said.

The team confirmed in an article that Djokovic wore his mask all the time, even when his reporter asked him to take it off for five minutes.

The journalist, Franck Ramella, said he had been asked not to ask Djokovic about his vaccination status or the upcoming Australian Open, so he did not ask “if he had considered getting tested.”

“Even if we asked, what would the point be?” Ramella wrote.

Djokovic also admitted to having issued a false statement on his immigration form before entering Australia and that his team is now offering additional information to authorities.

Specifically, he said his agent made a mistake when filling out a section asking for information about his recent travel history. In this it was pointed out that the tennis player had not traveled in 14 days before landing in Australia.

However, recent reports suggest that the 34-year-old tennis player traveled to Serbia and then Spain before flying to Australia.

“My agent sincerely apologizes for the clerical errors in filling in the wrong section. It was clearly unintended human error“wrote Djokovic.

Meanwhile, Immigration said Tuesday that it is investigating whether Djokovic had made a “false statement”, which would be grounds for canceling his visa.

ATP, the men’s professional tennis organization, called for more clarity on the rules for entering Australia and urged players to get vaccinated.

Another twist in the story

It seems that every time something is revealed about the Djokovic saga the story seems less clear.

This morning I was watching him train. And just a few minutes after he left the court, everyone’s phone lit up.

In his statement, Djokovic pointed out two issues.

The first, about his covid-19 infection. While admitting that you broke isolation rules doesn’t affect your prospects for deportation, it certainly doesn’t paint a good image.

For Australians who have had to deal with some of the strictest restrictions in the world, this is a world-famous athlete who has publicly said that he is against getting vaccinated and has now revealed that he violated isolation rules while infected.

The other main admission is having provided incorrect information on your travel declaration document.

Djokovic called it a human error, but will Immigration officials accept it? We know that they are now looking at more information provided by the Novak team.

The Australian Open starts in a few days and there is still no guarantee that he will be able to defend his title.