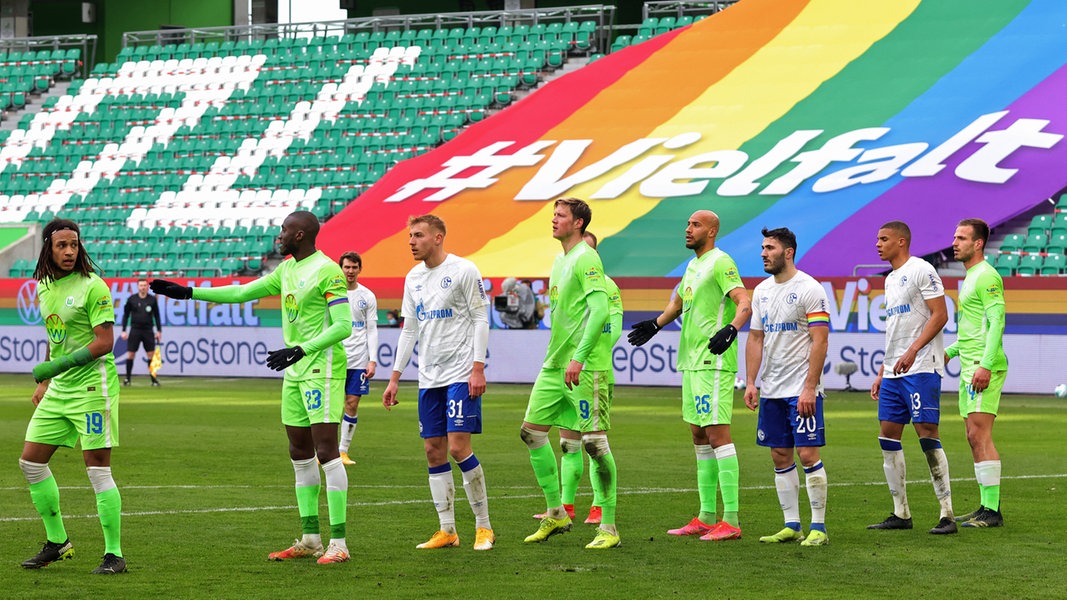 Diversity in sport: glimmers of hope on the permanent construction site NDR.de – Sports

Almost half of all participants in the Tokyo Olympics were women. Donata Hopfen has been managing the business of the German Football League since this year. And since March there have been four vice-presidents on the Executive Committee of the German Football Association (DFB), after Hannelore Ratzeburg from Hamburg had fought alone for decades against a “male economy” in Germany’s largest sports association. Doesn’t sport look so bad, at least when it comes to gender equality?

At first glance perhaps – and above all thanks to a few “repairs” that have recently led to visible progress on the permanent construction site of diversity in sport. But there are still many fields to be worked on in terms of perception, fair pay, equal opportunities and appreciation in sport. “Men are always the reference, always have priority – and accordingly women are always in the second row,” says Ilse Hartmann-Tews, sports sociologist at the Cologne Sports University, in the NDR Sportclub. “And then it’s almost the logical consequence that they are paid less. Of course, that’s extreme social inequality.”

Bibiana Steinhaus-Webb was the first female referee in the men’s Bundesliga. Now England is benefiting from their knowledge and skills. more

The fact that men’s performance is almost always referred to in sport is deeply rooted in history. Baron Pierre de Coubertin, founder of the modern Olympic Games, saw the world festival of sport as a ceremony of male athleticism with “female applause as a reward”. Almost 130 years later, such gender stereotypes only exist in a few sports. In language use, however, prejudices persist. Women’s football and women’s handball are consistently talked about as if they were separate sports and not sports that are practiced equally by women and men.

“Men are always the reference, always have priority – and accordingly women are always in the second row.”
Sports sociologist Ilse Hartmann-Tews

“The biggest winner of gender quotas, equal opportunities and diversity in sport will be sport itself,” says the website of the German Olympic Sports Confederation (DOSB). At the same time, the Women’s plenary assembly of the umbrella organization in German sport in September 2021 determined that there was still considerable potential to be leveraged on the path to participation paved by “a lot of commitment and a lot of struggle”. Especially in management positions, where strategies are specified and change processes are initiated. The proportion of women in the German coaching team at the Olympic Games in Tokyo was just eight percent.

Studies have long shown that mixed teams and teams with women in management positions function better and are more successful. But although fairness and equal opportunities are fundamental values ​​in sport, this realization seems to be slow to gain acceptance there. According to a study by the specialist medium “Stadionwelt”, women are still clearly underrepresented in the management levels of sports associations.

Today is diversity day. The nationwide day of action is committed to diversity in society. Some lead by example. more

In the first leagues in football, ice hockey, handball and basketball, less than ten percent of the management teams of the clubs were women as of January 1, 2022. According to a study by the auditing and consulting company Ernst & Young, the number of female executive board members in the 160 DAX companies increased from 74 to 94 within a year – that is 13.4 percent of top management positions in the economy.

Another point that not only the women in the DOSB complain about is the portrayal of female athletes in the media. As in managerial positions, women are also clearly disadvantaged here. According to studies by the Macromedia Hamburg University of Applied Sciences, the proportion of reporting on female athletes in local media was less than ten percent in 2019. “It’s been like that for the last 20 years. There aren’t many signs of change,” is Hartmann-Tews’ sobering assessment. It is also reported differently about female athletes: “You can see far less in sporting action than men. And their performance is also much less appreciated in words and in the description than the performance of men.”

The handball team at TSV Nord Harrislee, for example, started a crowdfunding campaign to finance the next second division season. “We are the most successful women’s handball team in Schleswig-Holstein. And then it’s so difficult for us to find a sponsor, even though we’re represented all over Germany. That’s kind of incomprehensible,” says captain Ronja Lauf. The national water polo team is no different: the German women see a call for donations as the last chance to scrape together the missing 50,000 euros for the trip to the European Championships in Croatia.

A sport in which women and men compete against each other on an equal footing at the highest level is horseback riding. Nevertheless, there are also regulations there that women feel discriminated against. The Hamburg show jumper Janne Friederike Meyer-Zimmermann started again at a tournament in Spain just two months after the birth of her son – and was stripped of all her world ranking points because she had not kept the planned break of six months. But even if she had only returned to the course after six months, she would have lost 50 percent of her points. Meyer-Zimmermann finds that women are disadvantaged, and that is why, together with other riders, they launched the “#EqualEquest” initiative for more equal opportunities in equestrian sports.

Beach handball: Fine for cycling shorts instead of bikini briefs

Unfortunately, external appearances still play a role for women and girls in sports. The urge to attract more attention has even led to fairly revealing dress codes in some sports. Last summer, the Norwegian beach handball players caused a stir when they wore cycling shorts instead of the prescribed bikini briefs as a protest at the European Championships. The European Handball Federation then fined the Norwegians. The rule has now been changed.

The problem of balanced reporting does not only exist in Germany. In the UK, the BBC launched the 50/50 challenge five years ago. The aim is to consistently present as many women as men on the screen and behind the microphone, to show them equal rights in the program content. The NDR has joined this initiative.

Great Britain, as the host of the European Championship in July, has also done groundbreaking work in recent years in the promotion and marketing of women in football. Earlier this year, company manager Debbie Hewitt became the first woman in the Football Association’s (FA) 150-year history to take over as president of the association. In Norway, former player Lise Klaveness was elected president of the national football association in March. And in Germany?

According to the association, the proportion of women in management positions in the DFB is now around a quarter. The representatives of the 36 Bundesliga clubs have just decided on mandatory criteria for obtaining the license. This also includes a code of conduct, according to which employees have to distance themselves from any kind of discrimination and have to commit to equality, diversity and inclusion.

The 48-year-old is the new president of Eintracht Braunschweig. What about the future of women in men’s football? 12 mins

In fact, more and more women are taking on positions of responsibility in the clubs. FC St. Pauli has had a supervisory board chairperson in Sandra Schwedler for eight years, and Eintracht Braunschweig has had a chairwoman in Nicole Kumpis for the first time since March. Most recently, former national player Navina Omilade was the first woman to be appointed to the Holstein Kiel supervisory board.

Even if, in terms of diversity and gender equality, German sport obviously reacts more to external stimuli than acting itself – no one can resist the desire for more participation. The next effective sections on the long-term construction site will probably be released soon.

May 31 – Day of Diversity: And the day on which the team is nominated for the European Championships in England. The women also play there for perception and appreciation. 3 mins

Something has happened at DFL and DFB. But despite the work of the future professional football task force, nothing happened at the clubs. more