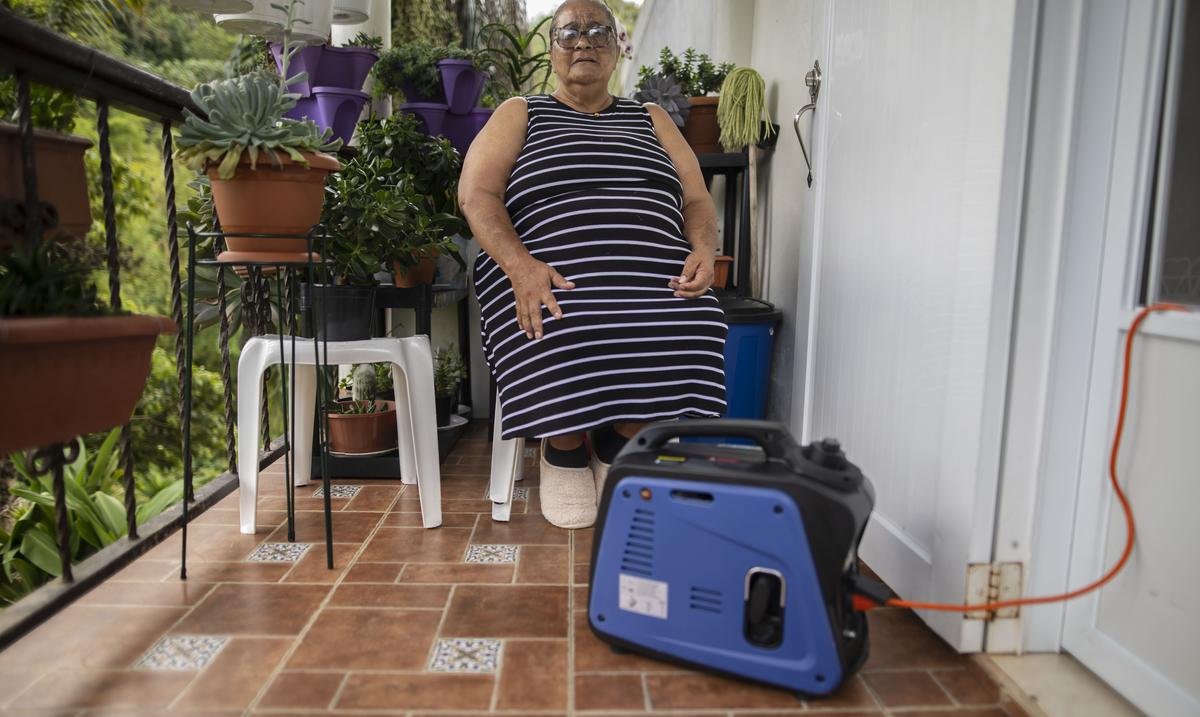 Distrust in the government: boredom reigns in the fields of Jayuya

Publisher’s note: We invite you to stay well informed during this emergency. Free access to all the news and updates related to the passing of the hurricane fiona for Puerto Rico. Thank you for supporting responsible journalism. Sign up today.

Amidst the uncertainty and fear that she feels like she is entering her second week without power after the passing of Hurricane Fiona, Mildred Hernández, a resident of the Mameyes neighborhood of this municipality, found a moment to laugh on Tuesday . He did so willingly, surrendering himself to the twitch of his upper body and with the face of when someone feels that they want to tease him.

What made him laugh was the reminder, during an interview on the patio of his home, that the government has about $10 billion, allocated by the United States after the passage of Hurricane Maria five years ago, for the reconstruction of the network. Ten days after Fiona’s passage, which brought rain and mudslides through these mountains, but no reports of fallen poles, and still living next to the noise of a power plant, Hernández, 60, has the memory of the multimillion-dollar award found hilarious.

“It’s for the government. It never reaches the poor”he said when he finished laughing.

Ten days after Hurricane Fiona, which hit the South West Puerto Rico on September 18, which brought heavy rains across the island, almost no one had power in Jayuya, a town of 14,000 people nestled in the vast mountains of the Cordillera Central. Mayor Jorge González Otero said that there is only electricity in the town center and in surrounding urbanizations and that he, as municipal executive officer, has not been informed of what plans LUMA Energy has for the rest of the municipality.

“It is unthinkable. Here, together with María, we had to bring services from Arecibo. I had to put the heavy equipment down to be able to bring the light because the whole system was on the floor. Here, now, a pole fell and there were landslides. It took three or four days to assemble it. I do not know why”says the mayor, who assures that communication with LUMA “is (is) not so frequent.” “People ask me when the power is coming back and I don’t know,” he added.

In the fields of Jayuya, the fatigue and boredom of the population with the constant problems is evident. Hernández suffers from diabetes, high blood pressure and lymphedema, which causes swelling in his legs. He also takes medication for depression. “Depression is killing me”said.

It has a plant that turns on for a few hours in the morning and others at night, so that the insulin is not damaged. He has his children, but they, he said, “They have their own battles and they have no light either.”

“These things affect you. You don’t know what to expect, or how long it will take. One cannot believe anyone. Here you can’t believe the government, none of them. The government says such a day, such a day, but nothing happens.”held.

She spends her days sitting on the balcony, listening to a battery-powered radio and talking to her neighbor, Luz Nazario, who returned last week to a job she thought she had left behind when the electricity went out nine months after the neighborhood returned. Mary: wash clothes by hand. “They are not going to do anything. They will keep that money. It has always been like this”Nazario said, referring to the $10 billion for the network.

On the other side of the city, the owner of a bus selling sweets, who agreed to be identified only by his nickname, El Cano, said that at the beginning of the emergency, knowing the fragile state of the electrical system, thought. that the light would not return quickly and tried to be patient.

But, eventually, when he saw other sectors and towns with light, and people who he thought did not need help, he lost patience. “I am passive. But at the moment I’m a bit upset about the situation,” says the man, who says that when the earthquakes of January 2020 hit, he still struggled to receive help for the damage his house sustained after Maria.

His wife, Pura Montero, says the only faith she has that the situation will return to normal is not in the government, but in God. “One expected that it would be faster, because the cyclone came, but one saw that it did not cause so much damage. It is the government’s fault. of the whole government. Whether they’re red, whether they’re blue or whether they’re green, it’s all the same.” manifested.