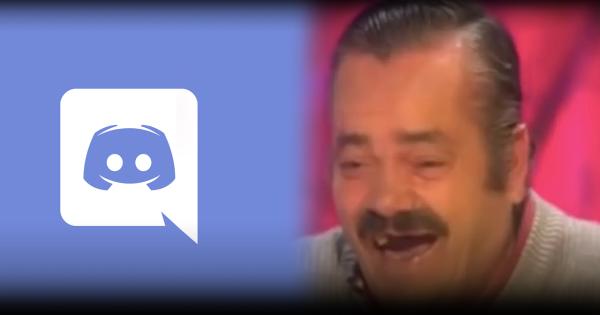 Discord’s popularity has grown exponentially in recent months, so much so that it managed to break out of the gamer niche. This is something that the company behind the app wants to take advantage of, so it went to work to change its brand and image. Today, to celebrate its 6th anniversary, the app unveiled its new logo, but, to their misfortune, they only got the community mocking.

In a blog post, Discord showed off its new logo. As you can see, it is an updated version of Clyde, his mascot and his font also changed. The result is an image with rounder edges and in which the app mascot is no longer trapped in a text bubble.

In case you missed it: PlayStation partners with Discord to offer a new social experience on the PlayStation Network

Do you want to see it? We leave it to you below, as well as with a comparison of the original logo:

But if the old logo was fine, why change it? As Discord explained, they had been wearing the original Clyde design since 2015 and felt like it was time to switch to something new. Especially to get Clyde out of the text bubble he was always in. This way, they can use it in more places. They also took the opportunity to fix its asymmetrical horizontal.

“Our current logo has been with us since the beginning of time… That is, since we launched Discord in 2015. Many people still don’t know that the little icon of the Discord logo has its own name: Clyde. Most people call it Discord, Mickey Mouse panties, gamepad, and of course ugly.

The community is mocking the makeover

For Discord it was a special moment. After all, they are celebrating their anniversary and the makeover represents the beginning of a new era. Unfortunately, the new Discord logo was only teased in the community.

In the comments to the reveal a lot of gamers have shared criticism and memes to show that they are not happy with the changes, even though they were very subtle. With the above, it is clear that fans will miss the previous image.

From this to this 🥲 pic.twitter.com/BNk4UBWfs8

Apparently the capital letters in a logo are not considered friendly but the rude fonts are. https://t.co/NwNvjFv8XC

and he did not need to be bought by Microsoft to start shitting it https://t.co/bTdSFcEwsx

hey discord i made u a better logo

dont worry just pay me 1 billion dollars and you can have it pic.twitter.com/Eg4aXxq4p1

yall really went to https://t.co/fimRE2Kgwy for this one didnt you pic.twitter.com/lttFt9WSOE

Challenge to all commenters: pick a better font. pic.twitter.com/14K7b1oY5B

Not a big fan but hey at least you didn’t do this pic.twitter.com/pz09x4nNpK

Downgrade of the century pic.twitter.com/HpUvrSgju4

Personally if I compare the new and old logo, it seems that the old logo is the new one and the new one is the old one pic.twitter.com/9XxNl9f0Vf

And to you, what did you think of the new Discord logo? Have you also made fun of what the app designers team delivered? Tell us in the comments.

Looking for more Discord related news? You will find them in this link.