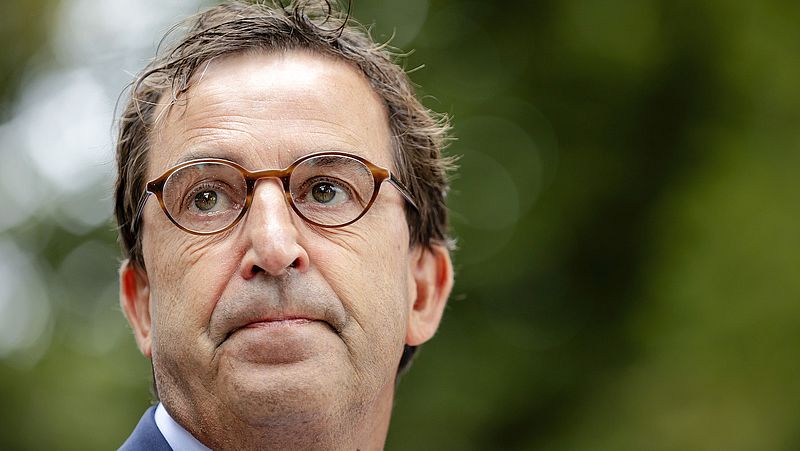 Director De Balie wants to emphasize Diederik Gommers’ message in ‘covid is peanuts’ tweet: ‘Where is the perspective for young people?’

Director Yoeri Albrecht of De Balie finds the fuss that arose about a tweet shared by Diederik Gommers that the debate center shared. Still, he hopes that Gommers’ story will not be overshadowed: young people must be given more perspective in the corona crisis.

‘Peanuts’ and ‘a virus of nothing’: a video fragment in which intensivist and OMT member Diederik Gommers says this about the corona virus has been circulating on Twitter since yesterday. The message is at odds with everything Gommers said earlier about the virus. Debating center De Balie shared the fragment and received a lot of criticism: the statement was said to be too succinct and was placed without any context.

Does director of De Balie Yoeri Albrecht think it is smart to have shared this in retrospect? “There has been a lot of fuss about it, because people think it is too simplistic. But I also think that there was a fuss because people were surprised to hear this from Gommers. It has been viewed 1 million times.”

Albrecht was mainly concerned with the second part of what Gommers said in the tweet: “The quote: ‘This is a virus for nothing, we lock each other up and hardly get sick from it.'” With that statement, Gommers specifically referred to young people. “After 2 years, that is an interesting statement and something of a perspective. Certainly the perspective of the young people, who, according to doctors and also Gommers, do not get sick.”

Before the part of the interview that was shared, Gommers made the comparison with the environment. Compared to this, corona is ‘peanuts’ for young people, according to the intensivist. However, that part of his statement is not visible in the tweet. “Perhaps that there was too little context. That is why we have now removed the tweet. We do not want to create the idea that there is nothing wrong with corona. We do not say that, and he did not say that.”

Albrecht emphasizes that what Gommers said about young people is also endorsed by other experts. The situation for young people was also the subject of the debate evening, of which the fragment was shared. “It is true what Gommers says: young people actually run no risk,” says Albrecht. “So maybe you should start thinking, and that’s the conversation we’ve had, where is the perspective for young people? And can’t you slowly push that you should treat other groups that are not at risk differently? Especially if someone from the OMT says that.”

So why was the tweet deleted? “Apparently a lot of people got angry about it. But it’s not a crazy habit to place pieces of a debate separately. I think it was mainly shocking for people to hear this from Gommers.” Yet Gommers himself was also shocked by the tweet: he responded on Instagram and clarified that it was not his intention to say so.

“He put it in perspective,” Albrecht says. “That it is really peanuts for young people in relation to the environmental problems. But it is annoying that people get angry about it and I understand that.”

The fragment was widely picked up by opponents of the corona measures. That’s why the tweet was deleted. “We also do not want it to be used by people who then say: there is nothing wrong. There are people in society, and also parliament, who do say that. We do not want the fragment to be used for that and say then: watch the entire conversation with Gommers.”

The debate center has also been in contact with Gommers. “The two young people who made the film with him have had good contact with him. And he also says: that interview is correct. I really appreciate that he dares to say that things have really changed in the meantime. really says it.”