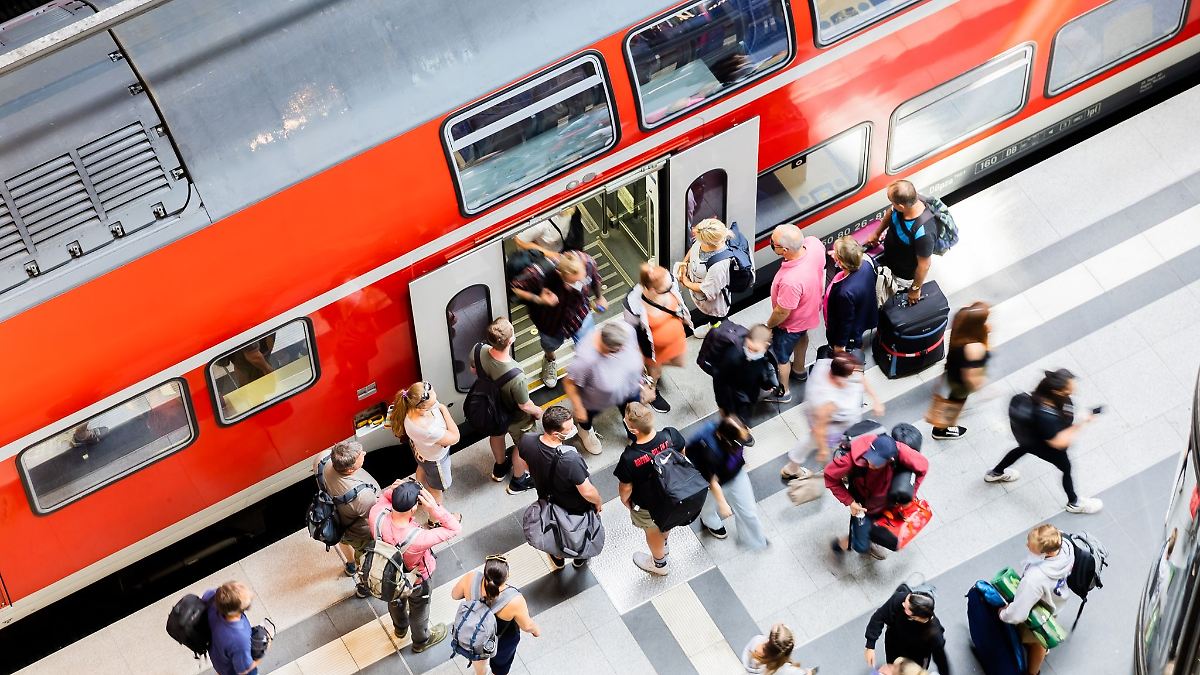 The 9-euro ticket expires at the end of August, and for many people in Germany, bus and train journeys will then become significantly more expensive again. Consumer protection boss Pop therefore does not want to waste any time: there must be a new offer from September.

The chairwoman of the Federation of German Consumer Organizations (VZBV), Ramona Pop, spoke out in favor of a seamless successor arrangement for the 9-euro ticket. “We demand a continuation with a 29-euro ticket from September,” Pop told the newspapers of the Funke media group. The sales numbers and full trains showed that people were really using the ticket. Pop, on the other hand, is skeptical about extending the tank discount.

“One big advantage is the simplicity, you no longer have to understand the complicated tariff structures of different transport associations in order to buy the right ticket,” said the former Berlin Senator for Economics about the 9-euro ticket. With a low price, it is affordable for many to travel in an environmentally friendly manner.

“We have to promote the switch to public transport,” said the former Green Party politician. “If you’re serious about the switch, you have to spend money on it.” However, the offer must also be expanded, especially in rural areas, Pop demanded. “The dismantling of railway lines in the past decades was a wrong decision.”

With the tank discount on petrol and diesel, those with large cars that consume a lot would be promoted in particular. “People on low incomes can’t afford such gas guzzlers. That’s not the fairest model.” The consumer advice centers are therefore “skeptical” about extending the tank discount.

See also  Podcast "Learned something again": What the ex-Soviet countries think about Putin