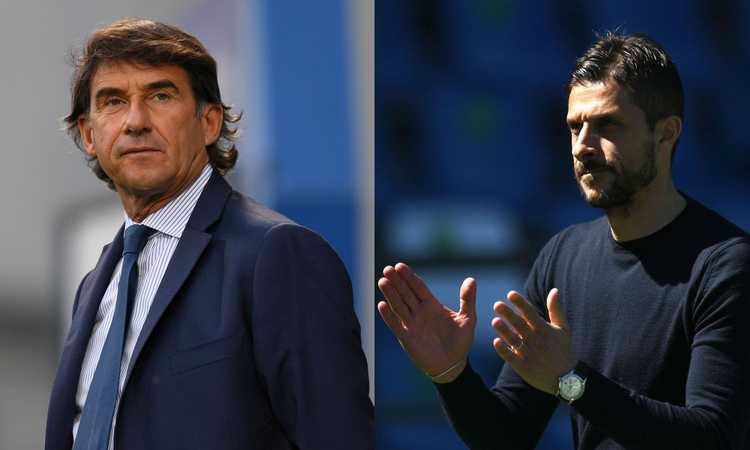 Dionisi protects the players, but contradicts his management: how much are the Sassuolo jewels worth? | First page

It may have been a sensational own goal. Or a choice full of wisdom and invaluable value for the careers of some young footballer. Certainly the words of the Sassuolo coach, Alessio Dionysus, after yesterday’s defeat in Cagliari, are destined to be discussed, used, resumed. Let’s go in order.

COUNTER-EVALUATION – “Scamacca and the others they don’t deserve the titles you’re giving themnot because they are not good, but because half a championship is not enough to judge the boys. “This is the quote from the Tuscan coach, asked about the disappointing match of his stars, from Raspadori to Maxime Lopez passing through Traoré and Frattesi. All on display in a glittering window that promises great sales (at great prices) during the summer transfer market session. It is difficult to think that such words could have pleased the Neroverde CEO Giovanni Carnevali.

SAVORY PRICES – Just nine days ago, in an interview with The Gazzetta dello Sport, Carnevali had teased Juve: “If they want Raspadori, they will have to spend”. In general, the executive from Emilia made it clear that for each of the precious pieces in the roster, we start from a valuation of no less than 30 million. And it goes without saying that players of this value, if this value corresponds to reality, are deserving of all the titles in the world.

MERCHANT EARS – The point, then, is precisely this: do Sassuolo’s evaluations conform to the real value of Scamacca and his brothers? Not according to Dionisi, apparently. And Dionysus he is not just anyone, he is a technician, an insider. Furthermore, it is the worker who spends the most time in contact with the boys in question. Of course, Carnevali will always be able to opine that certain declarations are made to protect young talents from criticisms that risk knocking them down on the path of growth, but this outing of his coach represents a serious attack on the (black) green coffers of Sassuolo.