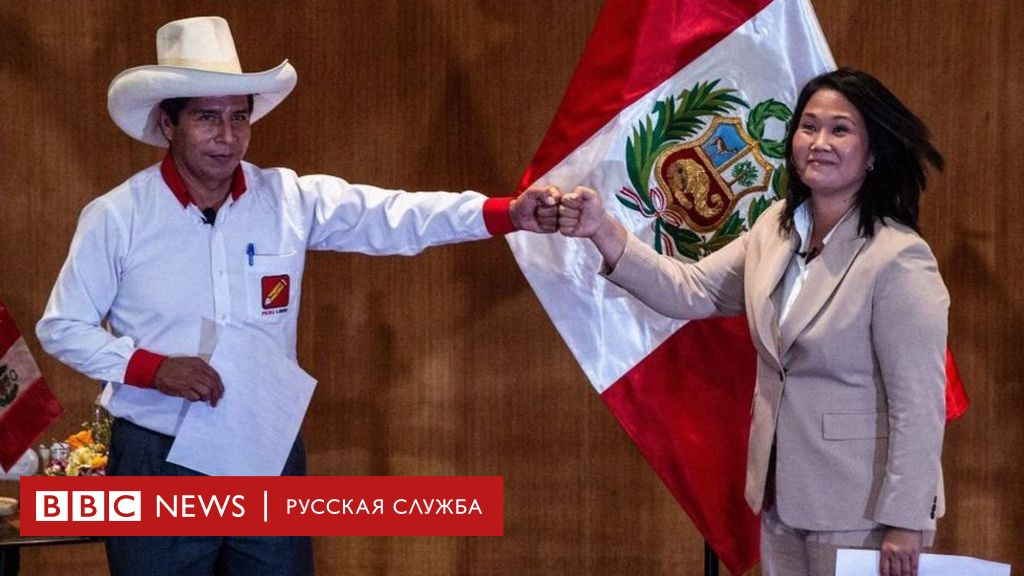 In Peru, after processing more than 96% of the ballots, it is still unclear who won the presidential elections, the candidates – political old-timer Keiko Fujimori and newcomer to politics Pedro Castillo – go head to head. Immediately after the end of the voting the day before, the daughter of the ex-President of Peru, Keiko Fujimori, took the lead. Now her opponent from the left party Pedro Castillo is in the lead with a minimal advantage.

Castillo, a village teacher and union leader, is popular with Peruvians in the country’s remote rural areas. But Fujimori still has a chance to win back thanks to the not yet counted votes of Peruvians abroad. The conservative right-wing candidate, People’s Power, has already reported possible violations and “signs of fraud,” however, without providing evidence.

Castillo, a candidate from the radical left-wing Marxist party Free Peru, promised in his election program to nationalize key sectors of the economy and raise taxes. Fujimori tried to present him to her supporters as a person capable of transforming Peru into a new Venezuela or North Korea.

Castillo, speaking about his opponent, never tired of reminding his supporters of the history of the Fujimori family and a series of corruption scandals associated with it.

Keiko Fujimori, the daughter of former President Alberto Fujimori, who is serving a prison sentence on corruption and abuse of power charges, is a supporter of the neoliberal economic model, which involves lowering taxes and encouraging entrepreneurial activity.

The country has changed four presidents over the past three years. Seven of the last 10 presidents of Peru have been accused of corruption.

The latest on coronavirus

The number of cases of coronavirus infection in the world has exceeded 173 million, during the pandemic more than 3.7 million people died, more than 2.1 million people were vaccinated, according to Johns Hopkins University.

READ  Man is stuck in agricultural machine for two days

Briefly about the news related to the coronavirus pandemic:

On Tuesday, a decision will be made on the appeals of the former general of the Bosnian Serb army, Ratko Mladic, who was sentenced to life imprisonment by the Hague War Crimes Tribunal in the former Yugoslavia in 2017, having been found guilty of genocide and crimes against humanity.

Ratko Mladic commanded the Bosnian Serb army during the war in the former Yugoslavia in the first half of the 1990s and, according to the tribunal, is guilty of the murder of thousands of civilians in Bosnia and Herzegovina.

The main crime committed on the orders of Ratko Mladic is the massacre in Srebrenica, where in 1995 more than seven thousand Muslims, men and boys, were killed.

What Mladic himself said at the hearing on his appeal can be read here.

Daughter of Navalny and Svetlana Tikhanovskaya at the summit in Geneva

Darya, 20, daughter of imprisoned Russian opposition leader Alexei Navalny, will speak at a human rights summit in Geneva. Navalny was honored with the Courage Prize of the Geneva Forum for Human Rights in February. The award will be presented to his daughter.

READ  "Jihadist groups have their eyes on Jerusalem"

Ex-presidential candidate Svetlana Tikhanovskaya is also expected to speak at the summit.

British actress Keira Knightley raised the topic of harassment and sexual harassment in an interview with Harper’s Bazaar magazine (on sale Wednesday). According to the Guardian, Knightley said that the harassment problem is so great that she does not know a single woman who has never encountered it in her life. And when, according to her, after the abduction and murder in Kent of 33-year-old Sarah Everard, she read what women do to protect themselves when they go home alone, she said: “I do all this too, and I don’t even notice it . It’s all very sad. “

Some time ago, the actress announced that she would no longer be filmed nude with male directors.

“We are afraid to leave the house”

The fighting in Gaza is over, and a truce has been announced between the radical Hamas group and the Israeli military. But is the deeper conflict between the Israeli Arabs and the Jews, who, against the background of the confrontation in the Gaza Strip, took to the streets, burned cars, smashed shops, and attacked each other, has been settled?

Several thousand people have been arrested, and it seems that the situation has returned to normal, but in mixed areas, where Jews and Arabs live side by side, people are afraid to go out in the evening. How to reconcile people now and live on?