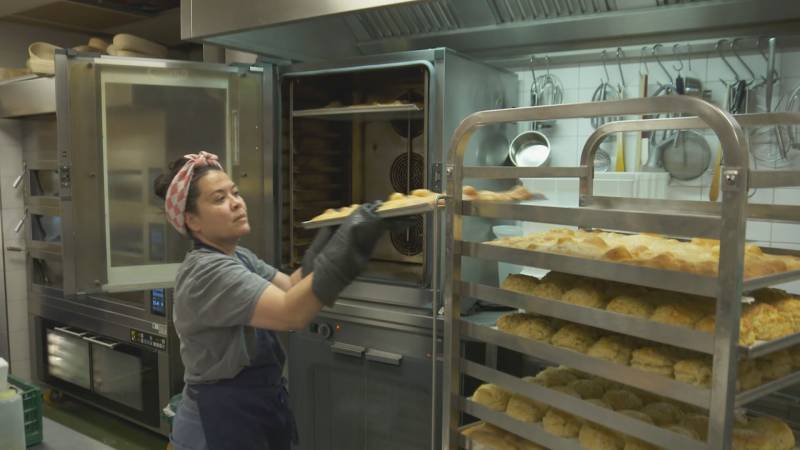 Detergent, peanut sauce and baking flour: these are products where it is not immediately apparent that they have become more expensive. But if you look closely at the packaging, you will see that there is less for the same price. This is called shrinkage inflation, and it occurs more often with high inflation – as it is now.

What consumers are less likely to notice is reducing the size of the content and then charging the same price. But the observant buyer already expresses his or her dissatisfaction about this on social media. “People feel cheated,” says Babs van der Staak of the Consumers’ Association.

The Consumers’ Association speaks of a trick and says that this is being used more often, as was the case last year. But as long as the packaging states what and how much is in it, that is allowed. Until now, manufacturers have adhered to this, but do not explicitly state that there is less in it for the same price.

Producer Koopmans, among others, was criticized on social media for this hidden price increase: the packaging of self-rising flour changed from 500 to 400 grams. “But that change started a year and a half ago, so it has nothing to do with the rising raw material prices in Ukraine,” says Joost van den Berg, marketing manager at the company.

Van den Berg says the content has been reduced due to a “quality improvement”. Due to complaints from consumers, the change is being reversed: from this summer, packs containing 500 grams of self-rising flour will be on the shelves again.

Unilever is also working on its products. This means that Robijn can be used nineteen times instead of twenty. And less peanut sauce comes out of Calvé’s new packaging due to the composition of the ingredients.

The company says in a response to “continuously improve the products, for example in terms of ingredients or in terms of sustainability.”

“Manufacturers try to give a nice twist to shrink-flation by means of texts such as ‘improved recipe’ or ‘more sustainable packaging’. But in the end, of course, you simply have fewer slices of cheese in your pack,” says Van der Staak of the Consumers’ Association.

There are also entrepreneurs who openly let customers know that they get less for the same price. An example of this is the KEEK bakery in Utrecht. There is a note in the store stating that the products are sometimes smaller due to the increased costs.

We took a look: