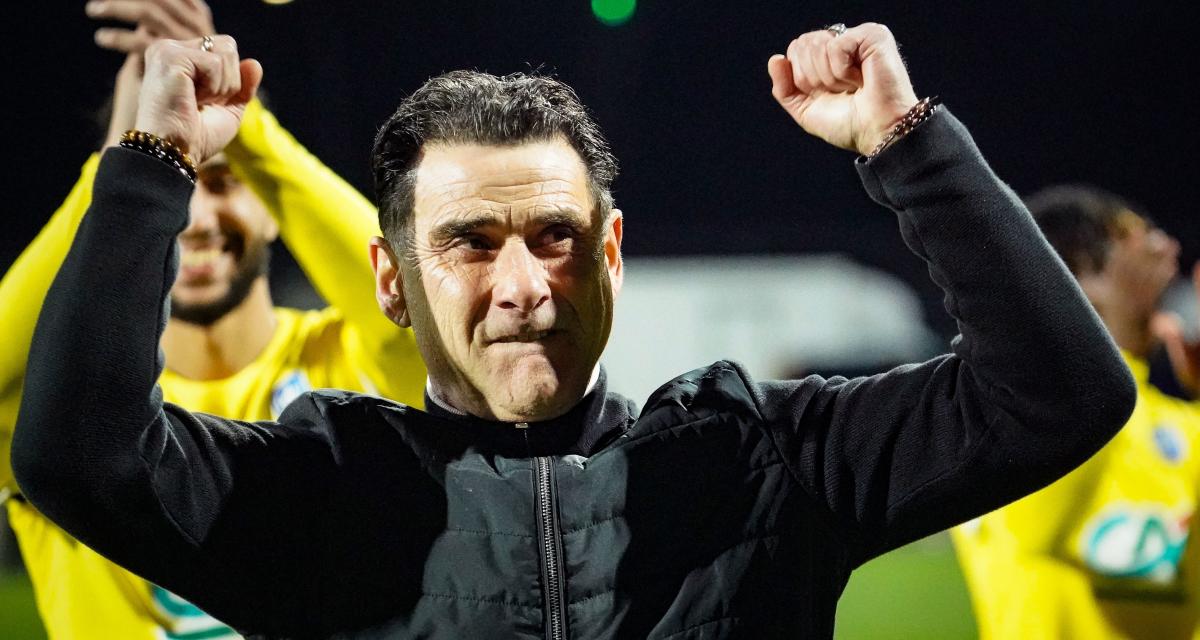 Didier Tholot (Pau): “It's the first time that I've started to make a short run in the Coupe de France”

Pau FC coach Didier Tholot returned to his team’s qualification after their victory over Montpellier in the 32nd round of the Coupe de France.

Pau FC created the first exploit of these 32nd finals of the Coupe de France. Three years after their incredible journey which ended against Paris Saint-Germain, the Palois gave themselves the means to dream of such an epic by offering themselves the scalp of Montpellier (2-1), Friday evening. At the end of the meeting, the Béarnais coach Didier Tholot was satisfied with the face displayed by his players and believes that this victory will do good for the morale of his troops, more than a week after the defeat suffered against the Chamois Niortais (1-2).

“Beating Montpellier is not nothing. This team won in Lorient and had a good match against OM. We have no right to go astray as we did. This week, I I put the church back in the middle of the village, because in Niort, I saw things that didn’t bother me at all. Tonight, we had put a plan in place that was really respected, modeled on what OM had done… We were able to get the second goal, I’m happy for Mayron George. When you have this state of mind, it becomes boring to play in certain phases of the game. this state of mind that will bring us performance and maintenance….Who do I want to play in the next round? Honestly, I don’t care. I had two crazy adventures in Switzerland and we both went all the way. time. It’s the first time that I’ve started to make a short journey in the Coupe de France and it’s very good. The only interesting draw would be to play again with us, to please the supporters”, declared the technical French citizen, comments relayed by South West.

Pau FC coach Didier Tholot returned to his team’s qualification after their victory over Montpellier in the 32nd round of the Coupe de France. The Béarnaise team qualifies for the 16th finals of the most beautiful of French competitions.